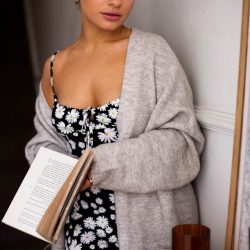 Self-Employment: I Miss The Company Of My Team 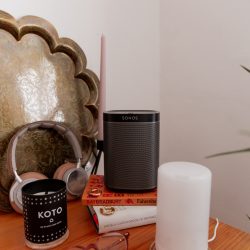 7 Non-Fashion Items Worth Their Salt 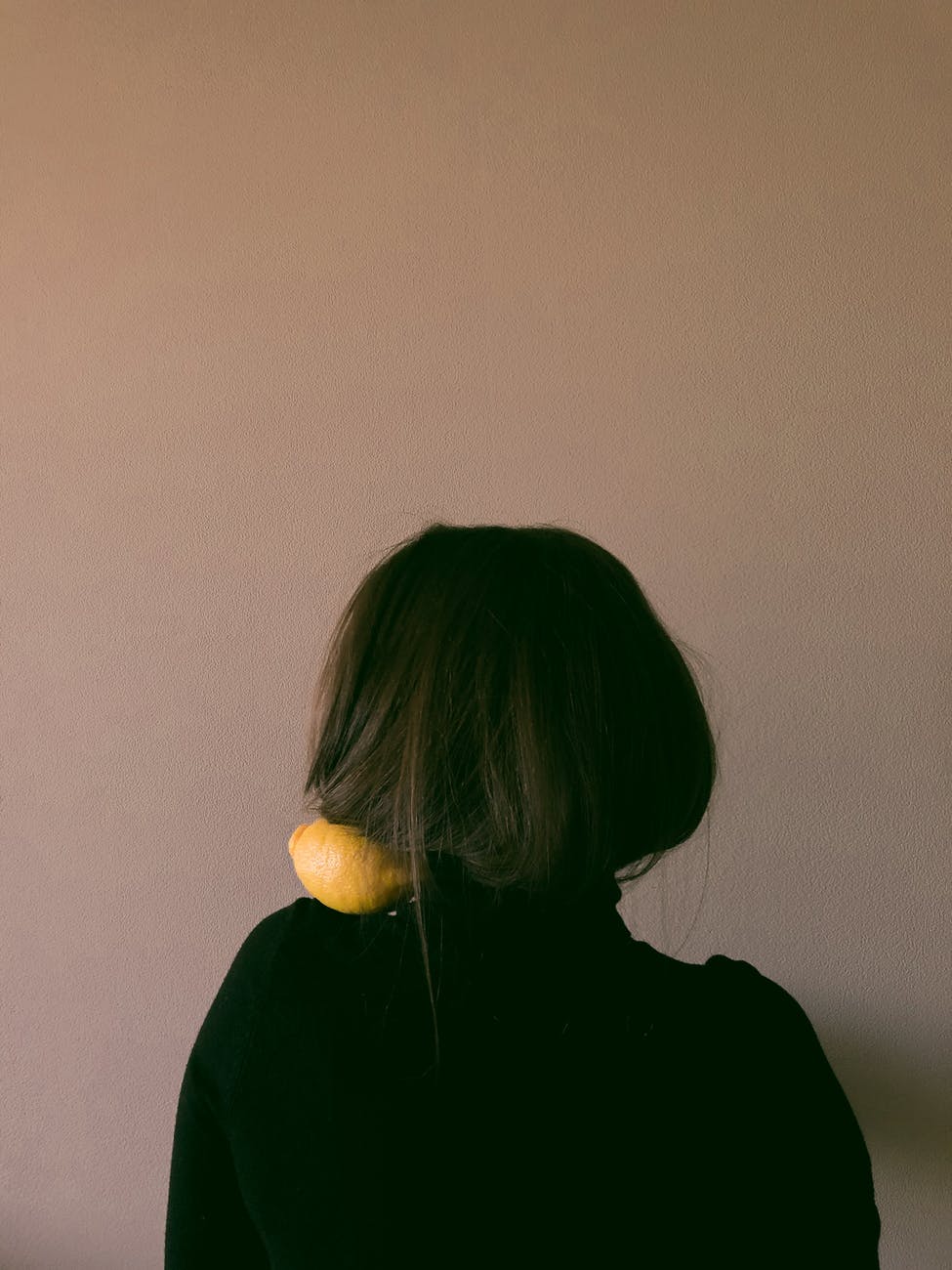 AMA: I’ve Lost Interest In My Boyfriend – Is It Over? 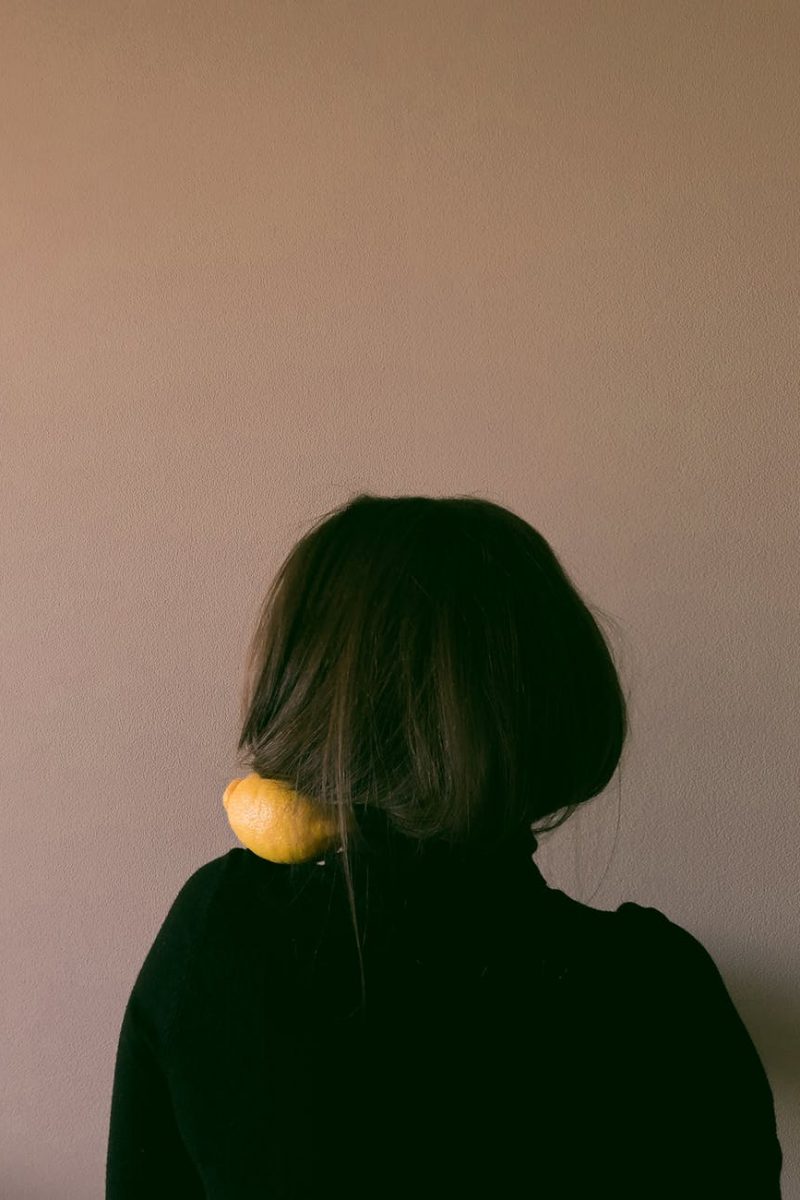 "I’ll get right down to it so. I’ve been with my boyfriend for four years, since I was 18. In the last few months we moved to a new city for work, and have moved in together. It’s been fine but the fact that he’s always THERE is kind of getting to me. Things have been a little off with us for a good while now, since before we moved in together, and I’m realising since we moved in together that it was a step I really wasn’t ready for.

Meanwhile, I’ve really started to fancy this other guy I’ve made friends with since we moved here, and I know he fancies me too. We’re always hanging out, and when we’re not together we’re talking. We’ve become so close in the last few months, and I’m starting to realise that I enjoy his company more than my boyfriends. I don’t want to hurt my boyfriend, but I don’t want to stay as jaded as I’m feeling now forever.

I feel like I’ve totally lost interest in my boyfriend, I never want to have sex with him and I sometimes find myself deliberately working late or racing to do something with my friends after work rather than go home to him. Is my relationship over, or does this kind of thing happen to couples when they move in together more often than I think?"

Initially, this feels simple to answer. Surely if somebody has lost interest in their significant other, it is over, right? Or is that too shallow an analysis of a long-term relationship?

From what you’ve written, it feels like you already know the answer to your question. You’ve probably known it for a little while now, but breaking up a relationship of four years and hurting somebody you deeply care about is hard. Hard and dreadful and preferably avoided, if possible. And that’s just the break up; after that you have to deal with the logistics of separating your home life, contending with divided friendship groups, and the terrifying prospect of not being a part of a couple for the first time in over four years. Of being by yourself and having to accept the consequences of your decision, which, right now, might seem potentially disastrous.

But here’s the thing: as most of us unfortunately have to learn at some point, there’s a difference between loving someone and being in love with them . And maybe you’re avoiding that realisation, because admitting that the relationship can’t be saved means having to do something about it.

You care about what happens in his life, you want him to be happy and you want to protect him from pain, but in order for him to be happy and in order to protect him from pain, you have to put him through it. You have to do the one thing you’re trying to shield him from. So you’re stalling, and waiting, and hoping. Maybe this is just a blip. Maybe it will get better. Maybe the interest you’ve expressed for this other guy will dissipate and somehow manifest in the gent you’ve chosen to build a life with. Maybe this is all a natural part of growing up in a relationship, and what you quietly fear to be the likely outcome will in fact turn into a real moment of personal growth for the both of you.

Maybe. But maybe not. I’m not suggesting you throw your relationship to the wind and jump astride the next pogo stick that prods you in the kidneys at your local Yates, but listen to your own voice. Moving in together has made you feel claustrophobic, both in the relationship and in terms of losing your own personal space, so much so that sometimes you actively avoid going home to him. You don’t want to have sex with him, you don’t want to spend time with him, you don’t even necessarily find him that interesting anymore. He’s stopped exciting you, but outside of your flat? There’s a whole medley of opportunities and adventures and other men that aren’t him.

As much as it’s always tough inhabiting the tail-end of a long-term relationship, you also have to take responsibility for your actions. Sure, it’s so, SO shit breaking up with somebody, and I empathise girl, but the fear of hurting your boyfriend shouldn’t take priority over respecting the relationship that you’ve shared. It sounds like your teetering dangerously close to the edge of cheating with this new guy, even if it’s emotionally as opposed to physically. You fancy each other and you’re hanging out, and when you’re not you’re still chatting. If your boyfriend confessed an attraction to, and (so far) “platonic” relationship with a female friend, would you feel betrayed? Or would you feel relieved that it wasn’t only you who is no longer 100% invested in the relationship?

I remember when my ex-boyfriend and I were in the space of knowing the relationship had died but not wanting to take the plunge and call it quits, I used to feel annoyed that he wouldn’t do something wrong. Why won’t he just kiss someone else for fuck’s sake, so I have a reason to feel the way that I do and to break it off? Why doesn’t he just admit that he doesn’t fancy me anymore?

But he would never do anything wrong. He was the polite, friendly, funny guy that I’d known and loved for three years, and I almost resented him for that. I resented him because I knew that if I wasn’t the one to be the ‘bad guy’ and to break the relationship off, we’d both continue to exist in this semi-misery forever. He’d never do it. He’d never do anything wrong and he’d never be the one to do the shitty shitty breaking up. So it had to be me, and I was fucked off that that unspoken responsibility had fallen on my shoulders. For a long time I assuaged myself with the comfort of time; it will pass, I thought. We’d had such a meaningful and loving relationship up until that point - I couldn’t throw that all away just because something was feeling “off”, could I?

That feeling never went, though. It stayed. It dug its roots into my heart and reached right down into my stomach, making me feel sick whenever I gave it the recognition that it deserved. I set timelines for myself; if things don’t improve by x, y and z, then I’ll do it. Shit, but then it’s his birthday. Okay, I’ll give it another week. Fuck, no, because then we have that family meal. Fuck. When? When is the right time?

Oh, how many of us will have internally scoffed at that phrase. We all know there isn’t a perfect time, and yet how many of us have sat around, waiting for it? Eventually my ex and I ended up breaking up via a weirdly chilled out phone call, whereby we both declared we just weren’t feeling it and maybe we should take a permanent break. We never got back together after that, although we still spent a lot of time talking. Breaking up was really horrible, for both of us, but the annoying thing that nobody ever prepares you for when you’re the initiator is that everybody assumes you’re okay. You broke up with him, so you must be fine, right? This is what you wanted. This is your fault. Urm, hello? I still loved this person. It’s still very painful not being their first point of call - the person they fall over themselves to share a secret with or a funny story from work. Just because you make the (justified) decision to end the relationship, doesn’t mean you aren’t hurting too.

I digress; what I’m trying to say is that life does get better. That fear that you’ll break it off and instantly regret your decision, never being able to take it back and forever living in isolation and despair? Yeah, that’s unlikely to happen. It is horrible. It does hurt. You do feel guilty. You do at times think ‘fuck, fuck, fuck, what have I done?!’, but then you both move on and move forward, and maybe end up as distant WhatsApp friends a couple of years later, both with brighter, better lives. You owe it to him to be honest, no matter how difficult it is. Is this the best that he could hope for? Somebody who is half in, half out of a long-term relationship? You have to be selfish for both of you. You’re young and cute with a world of possibility ahead - how long are you willing to wait (or waste) hoping that things will fall back into place? Don’t ignore your gut feeling.

Remember to be kind to yourself, too. The years from 18-22 are big ones, and you change a lot in a relatively short space of time. You’re nurturing adult friendships, forging careers, broadening your horizons with experiences and adventures, all of which impact the person you’re growing to be. It’s only natural that you might grow apart in that time, and that the people you both were four years back are no longer the people you are now. And maybe the people you are now just aren’t as compatible. That can’t be helped. How you’re feeling, deep down in your gut, that can’t really be helped either. What can be helped, however, is what you do now. How you deal with these unsettling feelings and how you protect and respect the bond that you’ve shared. There is a light at the end of the tunnel, but if you decide to give things another go, just give yourself the space to be honest with yourself. Acknowledge your feelings and find a way to process them, otherwise all of that bottled-up emotion will end up spilling out, and it may not be in the way that you’d wanted. 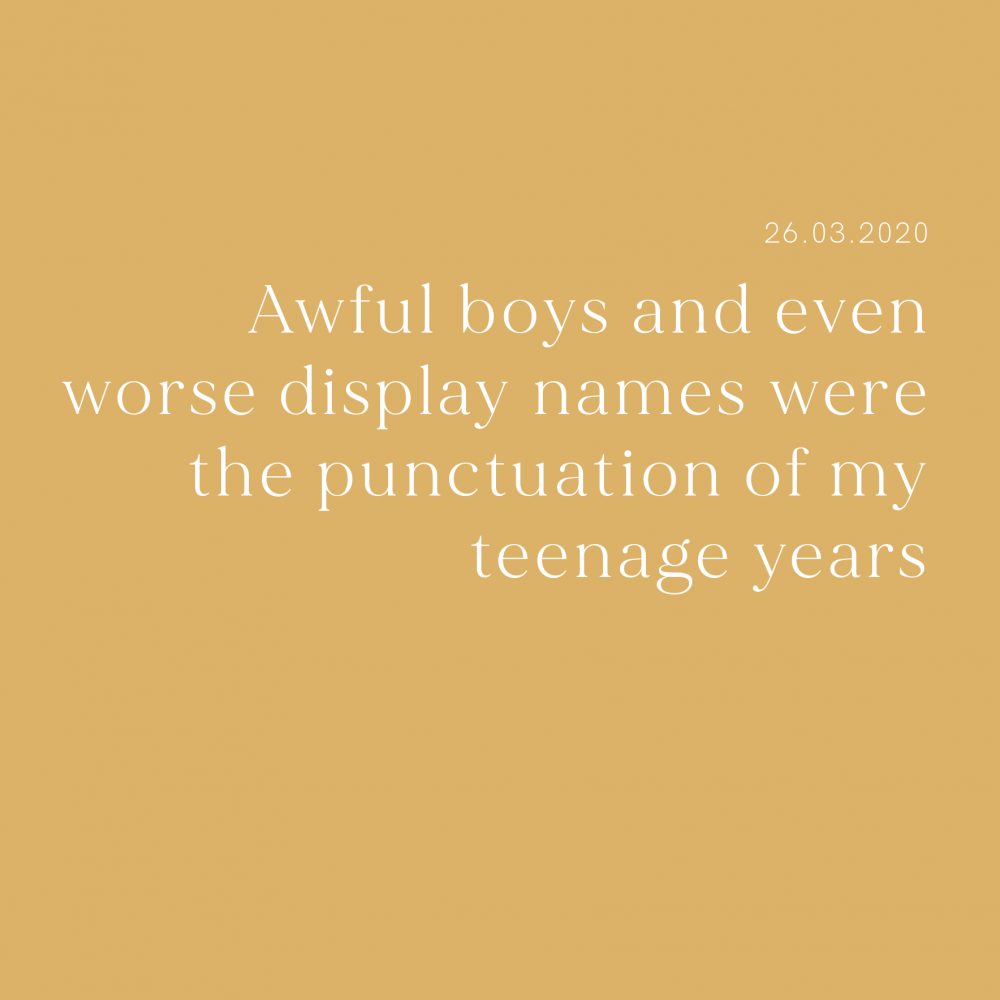 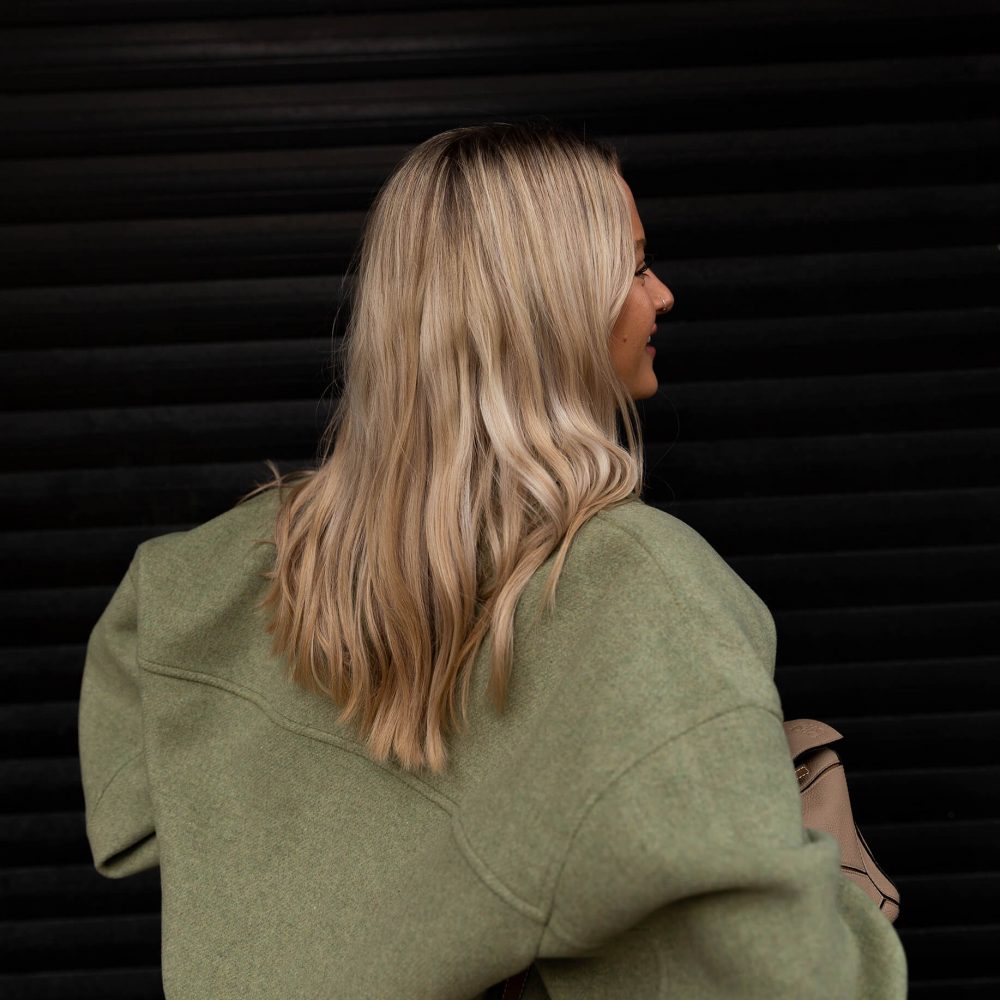 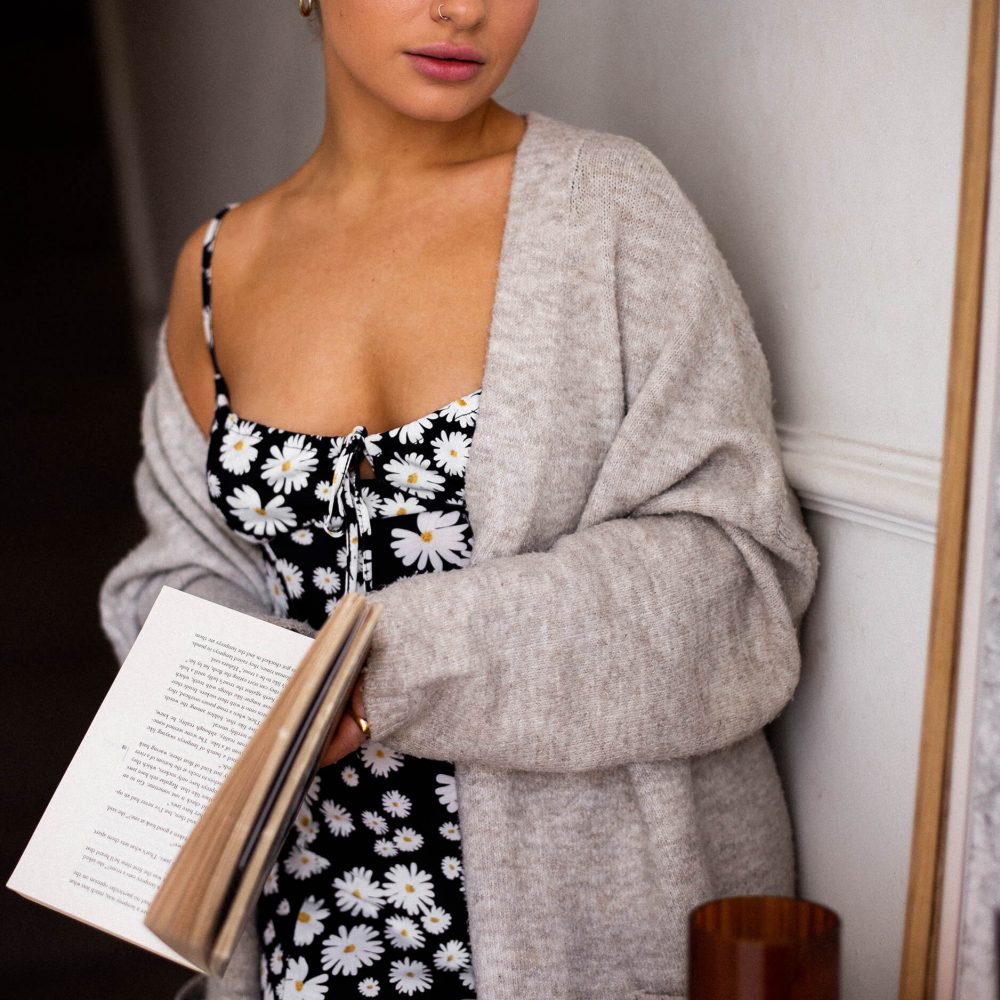