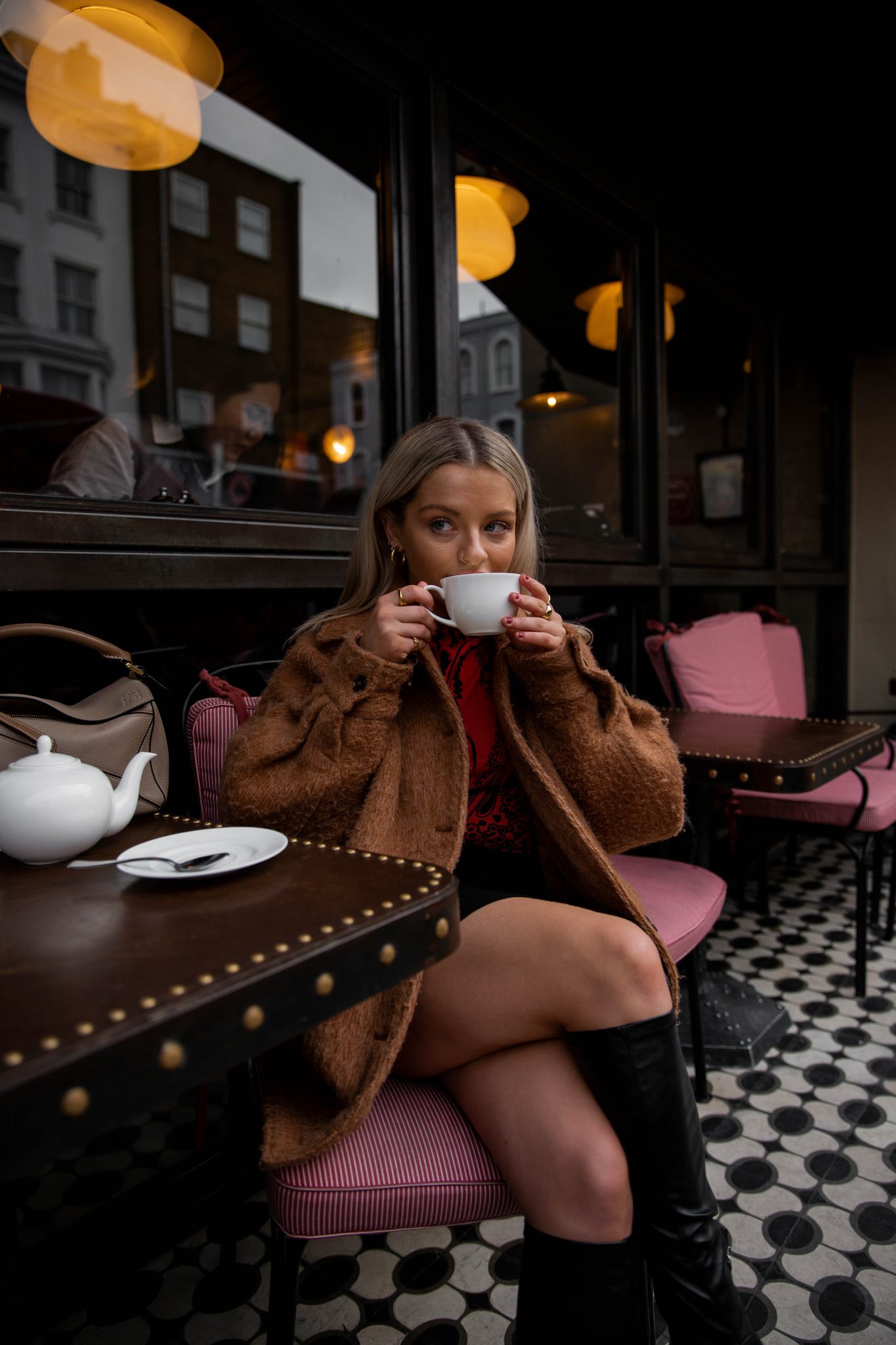 AMA: The Stress of University is Affecting My Relationship 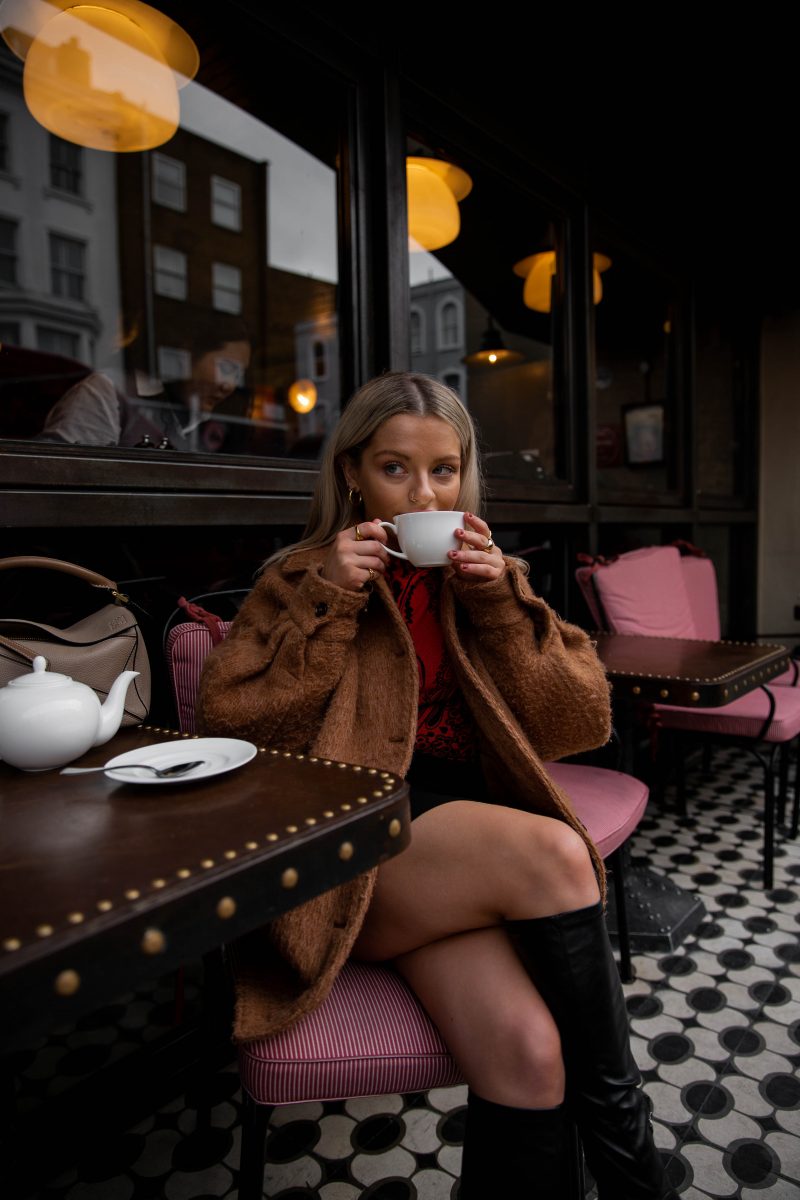 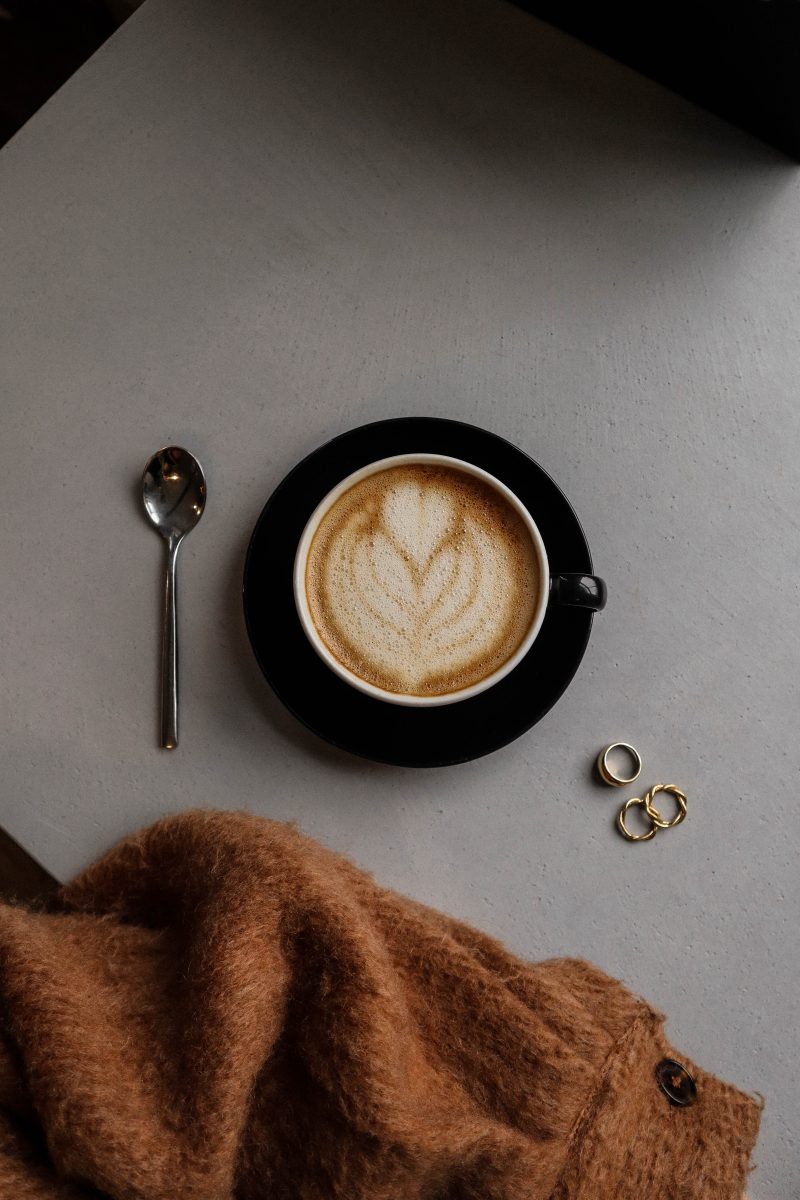 Welcome to January’s Ask Me Anything, the latest post in a series which digs into real life problems submitted by real life people. I love writing these posts and I’m kicking myself for having left it so long (the last upload was August I think? Where does time go?), but since I seem to have done a total 180 on my lifestyle and am not completely exhausted all the time, there's an infinite amount of chat in my head which will make for the perfect toilet-break material. Without further ado, let’s dive into this week’s question.

(P.S. This submission was sent via a longer email so I’ve condensed it down for the sake of the post.) 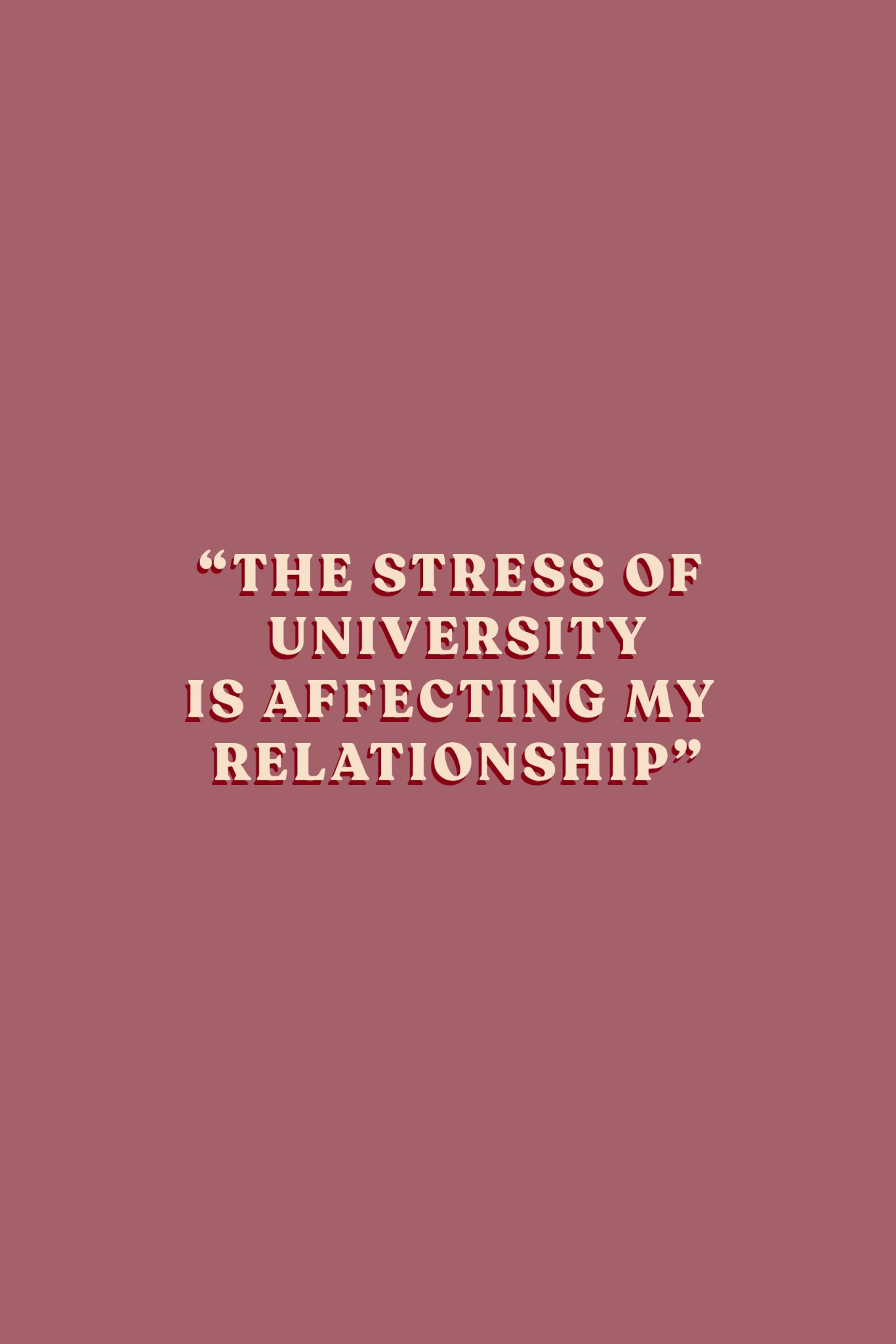 “I’m in the 4th year of my degree and I’m finding it extremely stressful. I don’t think I’m particularly talented in my subject field and it’s not something I want a career in moving forward, but I don’t want to waste four years of my life by dropping out now. The situation is making me really unhappy and it’s starting to eat away at my general self confidence.

Even though I’ve contacted my tutor to discuss my life at uni, I’m concerned that the stress is starting to affect my relationship. My boyfriend is really reassuring and consoles me whenever I need it, but I know the constant support must be draining for him and could cause problems for us if we continue as we are. I obviously don’t want to break up with him but I also don’t want to use him as a stress ball. How can I make sure the situation doesn’t get any worse?”

I had a really similar situation in my first studying. I’d always wanted to go to Bristol University because it felt prestigious to me, and having come from a working-class background where nobody else had a degree, I wanted to prove that I could do it. That I was as clever and capable as any person who’d been to private school or whose families went skiing and drank champagne on the balconies of posh chalets. I hyped myself up and hyped myself up, and when I got in I thought, ‘yes, I’ve done it, I’ve made it!'.

Fast forward a few months and I fucking hated it. I hated it! And I hated myself for not stepping into the experience I thought it would be. Where I lived, my lack of friends, the course, being so far away from the people I loved: it all made me miserable and I spent as much time at my boyfriend’s house in Sheffield as I could.

But I was really down. Struggling to get out of bed in a tiny, dark university room kind of down. Sitting on the floor of the shower crying kind of down. Ignoring all texts, emails and calls kind of down. I burdened my boyfriend with the weight of my own upset and he missed out on a lot of his own university experiences to care for me. He’d refuse nights out so I wasn’t alone, come home from the library early to make me some food, reassured me endlessly that things would improve. At the time I was so consumed by my own pain that I didn’t recognise the gravity of what he was doing for me, but now, many years later, I’m very appreciative that he was there in the way that he was. To him though, it was a given. He loved me and that’s what you do for the people you love. You show up.

It’s such a common pivot to get stuck into the meat of a degree and realise it’s not what you want, and the guilt that comes from that bitter truth is expected but unfair. I think we take for granted that at 16/17, we’re asked to landscape the rest of our lives and commit to this prediction with an expensive education. How are we supposed to know? Desires aren’t rigid; they ebb and flow as anything else does with human nature. Degrees are a fucking lucky dip. You might get the right one but you might also get a dud prize. It’s a strange system. And yes, the accompanying stress will take a toll on your supportive partner, but you’ve already mentioned the movement which will prevent this from getting worse.

You’re taking action. You’ve spoken to your tutor, you’ve recognised your feelings and you’ve considered the effect it is having on your relationship and partner. You’re actively trying to improve the situation and he'll see that. It would be different if you were consumed by the stress and not seeking to tackle it, but you are, and so there’s a light at the end of the tunnel for both of you. I similarly spoke my tutor after months of misery and even though it was difficult, it lifted a weight from my shoulders which subsequently removed some stress from the relationship we shared.

It could be nice to surprise him with a dinner or movie night to thank him for his support. It’s a small gesture but in expressing your gratitude and letting him know that a) the stress will pass and b) you’re doing something to make sure that it does, you’re not only demonstrating your love for him, you’re also letting him know that amidst all the panic and hurt, you’re still thinking of him. Even in your deepest fog, you still care about him as an individual. Will it magically erase any and all existing tensions between you? No, but it gives you the opportunity to be the caregiver, if only on small scale.

When it comes down to it, relationships are not always easy. They’re a conscious commitment on both parts to dedicate time and energy to loving each other, through the bad days as well as the good. He doesn’t owe you endless patience to the point of hurting himself, but as long as you’re taking responsibility for your situation and performing actions to improve it, then I don’t think he’ll begrudge you the simple misfortune of being unhappy in your degree.

Make sure you’re taking care of yourself as much as you can (getting enough sleep, eating properly, being kinder to your mind and understanding that you have many talents whether or not this subject field is one of them) and try to take solace in the fact that it won’t last forever. I know that being in your fourth year it probably feels like you’ve experienced an eternity already, but it will pass. You’re getting there. You’ve found the strength to get this far and that is an achievement in itself. Don’t apologise for feeling stressed (it’s outside of your control and feeling guilty for it will only make matters worse) but communicate that although it’s tough, things will improve for the both of you. Communicate that you’re thankful and appreciate that you’re in transition right now; you’re in the grip of a considerable life moment and doing that when you have only yourself to think about is difficult enough, let alone when you have to consider somebody else.

Breathe, hold your patience, show him you care and remember: this is but a temporary period in a larger, wider, more expansive life. 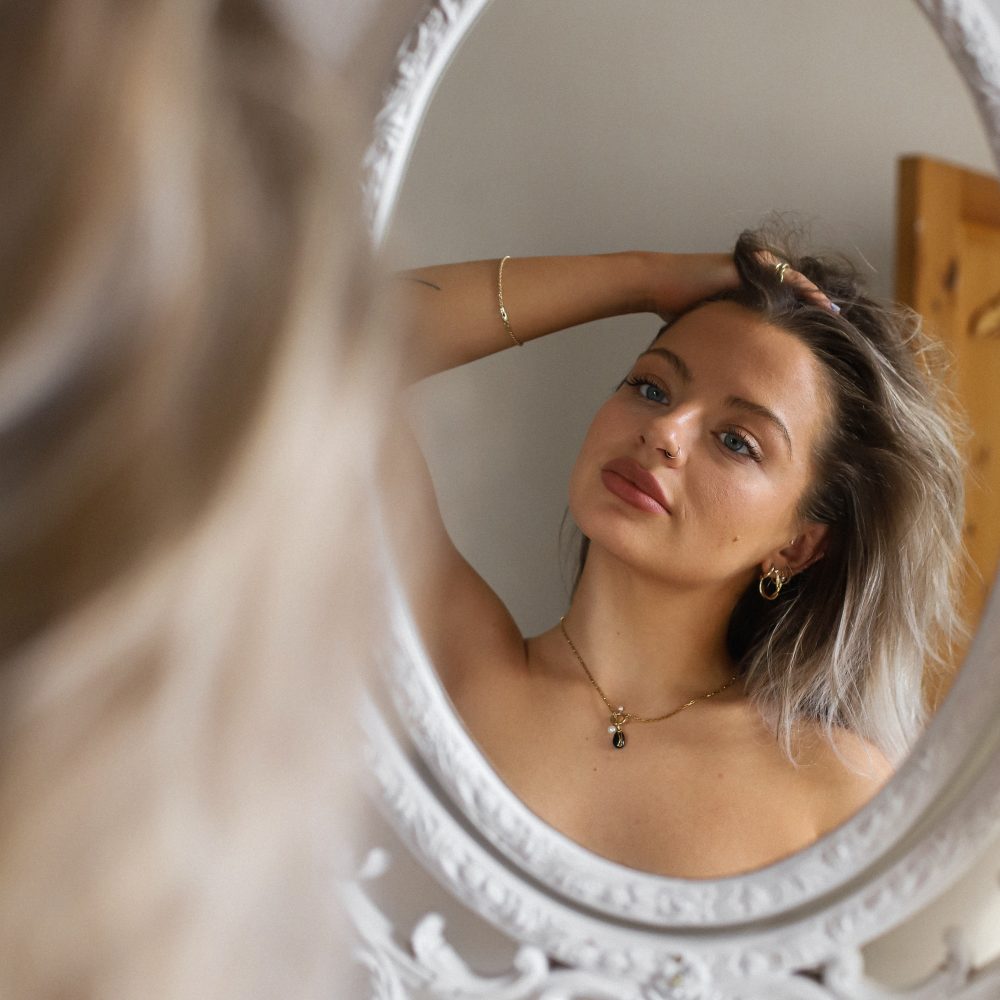 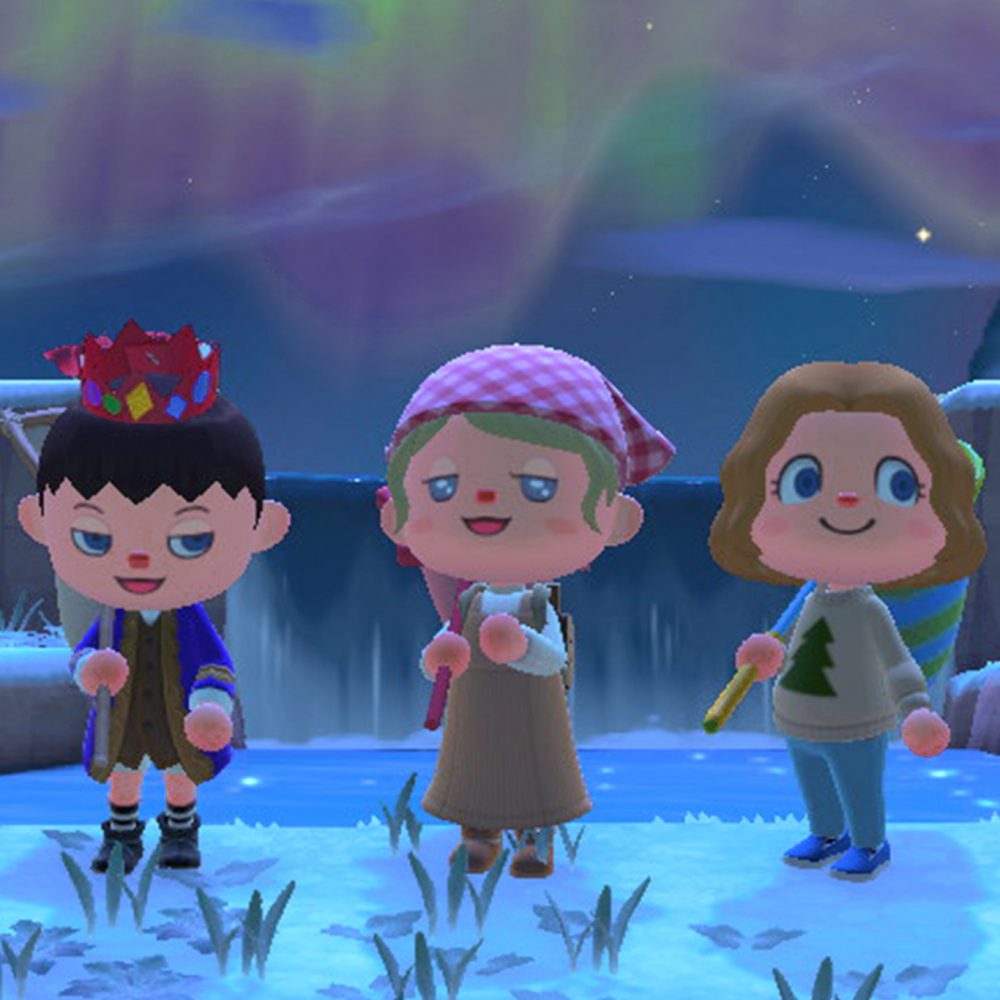 I made a flying visit to my favourite local coffee

So, how did the iconic April 12th treat you? Were

This jumpsuit was in one of my sell/donate/re-home