Sometimes I Think Everybody Hates Me: A Mid-Twenties Mood 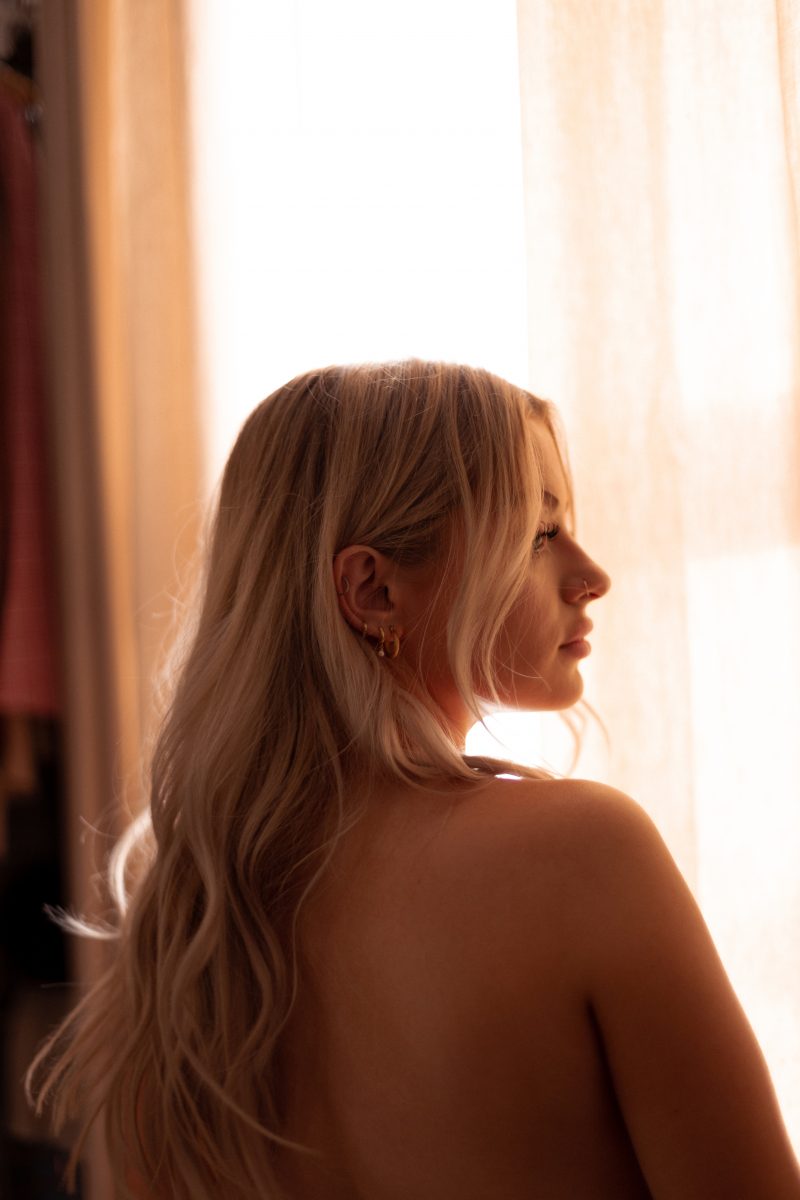 It’s my birthday next month. I turn 25, the promising midriff of my twenties. It seems fitting then that I’ve been feeling somewhere in the middle, outgrowing the shoe that used to fit but not yet graduating to my big girl boots. I’m in what I like to call my Goldilocks era, in pursuit of the arrangement which feels just right. It’s a transition, and it’s an awkward one.

I didn’t feel ‘myself’ for the latter part of 2018. Something was off, and I’ve had to reshuffle a few elements in order to reset the course of this formerly sassy ship. I mentioned in my brief review of 2018 that I’d been feeling stuck and suspended in a sort of limbo, but I was hopeful for the year to come; following my two-week hiatus in respect of all things festive, I am even more hopeful. But I also need to engage in a little catharsis - a little ramble for relief. I need to purge all of my inside bits of the crap that’s been taking up space, and start afresh. A blank slate. A 2019 Tabula rasa (I knew that A Level in Philosophy would come in use one day). Here goes.

I feel like I’ve become distinctly less interesting over the past year. I feel like I’m not as clever as I think I am, or expected myself to be. I feel like everybody else knows this too, and I struggle to ascertain what I’m left with if my writing no longer sets me apart. I feel like people criticise elements of my personality behind my back, which upon reflection, I would probably agree with as being true. I feel like I’m never going to look the way I want to look, and with the onset of my first wrinkles, I’m probably out of time. I feel like all of those things I guaranteed I would do in the future will never come into fruition, and the life I lead will be a shell of what it could have been. I’ve been second guessing everything I create, often preventing myself from ever creating in the first place. I feel lazy, stupid, and disappointed.

Right now, I don’t know how to be. I don’t know how to exist in a way that fulfils and embodies and reflects who I am. I feel like I’m constantly flitting between varying modes of perspective: be nice, be relaxed, be mindful; be determined, work hard, be ruthless; don’t take shit; don’t be aggressive; have as much fun as possible; work as hard as possible. It’s an endless back and forth, and the journey has me confused. I’ve forgotten where I got on, and I have no idea where I’m supposed to hop off. Will I be riding this route forever? I can’t surely ride this route forever.

These are the kind of thoughts that run through my mind all day, every day. I often conclude that I must be a narcissist, to be thinking about my own self so often. Then I consider my job, and I wonder if it’s possible to not be a narcissist when your income and identity is built upon a foundation of presenting yourself in a certain way. Then I despair that I’ve allowed my identity to be propped up by capitalism and consumerism and this incessant, unrelenting stream of advertising and newness that I try myself to ignore. I love nice things, but nobody needs this much new stuff. Nobody on earth needs as many cleansers as I own. I don’t want to keep telling people to buy these things, because they don’t need them. They’re options, yes, but the simple truth remains that you do not need the things which you do not need. But then my job is essentially in advertising, and my income is dictated by advertisers, so I remain in my ‘middle’, between a rock and a hard place, struggling to squeeze into an itchy jumper which cost a fuck load and doesn’t quite fit. Trying to strike the right balance between authenticity, generating an income and writing creatively.

And it has been like this all the time. An unending thread upon thread of thoughts and conclusions. Of suspected breakthroughs and realised stasis. I’m not moving in any direction, but the world continues to orbit around me, and all I can do is go back and forth with myself on what the fuck is going on and why I got here. I’m trying to whittle this big block of ominous thought into something useful with purpose, and all I can posit as a result is the idea that maybe I have too many thoughts in my head. And most frustratingly of all, that’s ~ another ~ thought. It’s an infinite Russian doll; a Scalextric loop without a stop button; a mouse problem on a cat problem on a dog problem, the exterminator’s wet fantasy. Every thought is footnoted by another thought, and each of them floats and bounces and sits and spreads like a million ping pong balls in a cardboard box.

That’s why I stopped writing, really. That and time. I put too much stock in the freelance side of my career because I thought it was more dependable an income. Writing and creating felt too fickle an option for all of my eggs, so I steered my attention towards working with clients, laying the groundwork to potentially expand on the business and segue into that side of things full time. I’d lost faith in my ideas and my words, and saw a removed stability in creating newsletters, social campaigns, and website graphics. I find sharing my writing such an intensely personal experience, and working on behalf of a client, I was able to protect myself from that vulnerability. I didn’t have to second-guess myself or preempt reactions. It wasn’t my creation.

In the end, all that brought about was a feeling of uselessness and disappointment. Maybe it was the right business decision, and maybe it could have turned into something lucrative, but without that outlet and without that self-confidence, I’ve ended up here (well, not here, maybe a little bit before here when I hadn’t pressed reset). So it seems that I need to write. I am a writer. Those thoughts upon thoughts upon thoughts in my head? They need to be released, and it’s through writing that I’m able to decompress the springs and cast them loose.

Sometimes I think everybody secretly hates me. Sometimes I wonder if I’ll ever achieve the things I’ve always assumed I would. Sometimes I am certain that the amount of noise in my head is not normal. Sometimes I’m scared that I’ll never escape this middle-ness that has kept me still and laced with self-doubt. But all of those things? I will write about them.

Please raise a glass to what I hope is my homecoming. I certainly am.

Tomorrow would have been Breonna Taylor’s 27th b

Exercising, escaping, meeting one friend at a suit

I’m coming to you today with a reminder that the

Paradoxically, I work in social media but I don’

Slipping out of my hibernation hole for a moment t