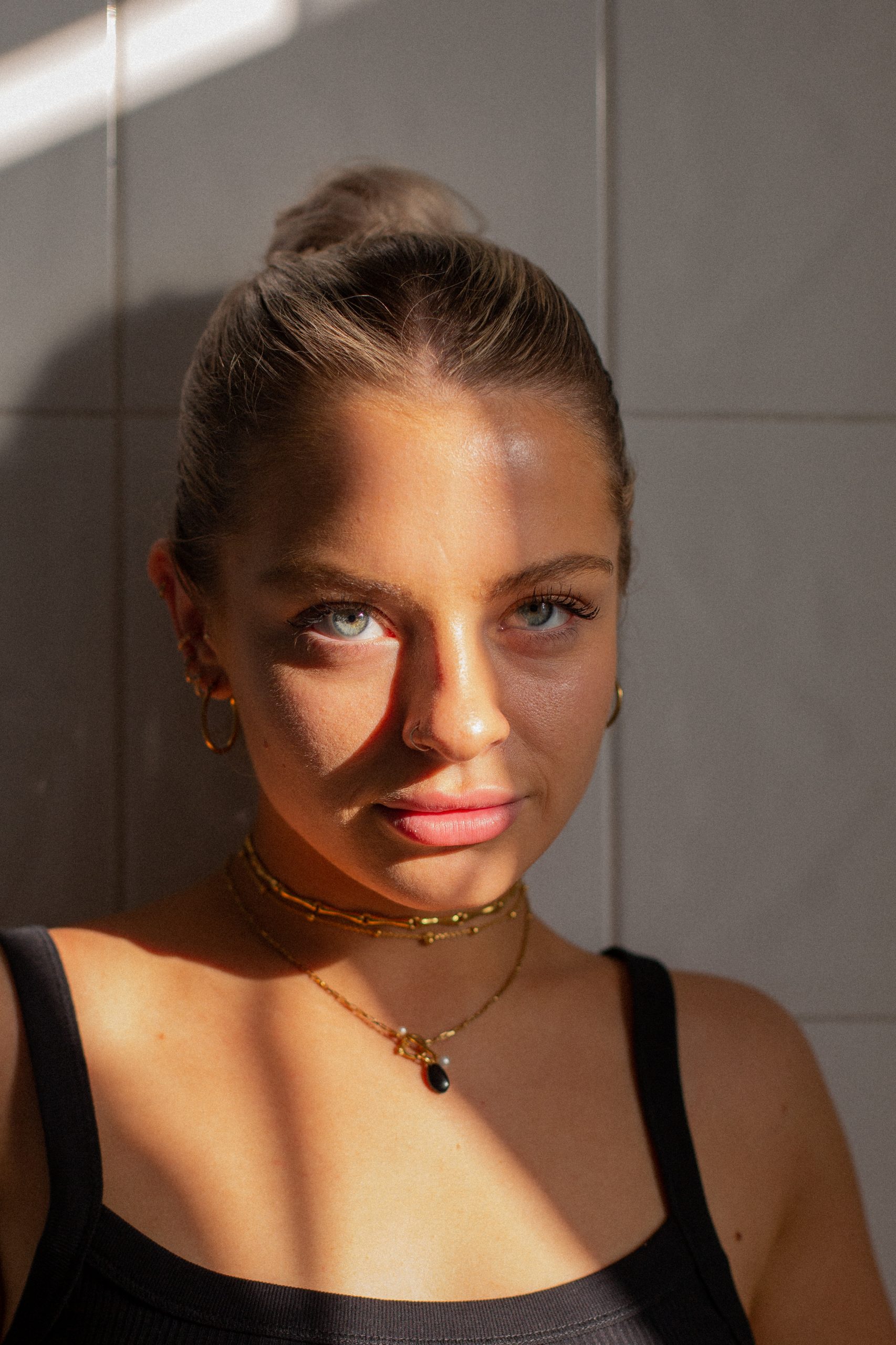 AMA: My Partner Is TOO Close To Their Ex 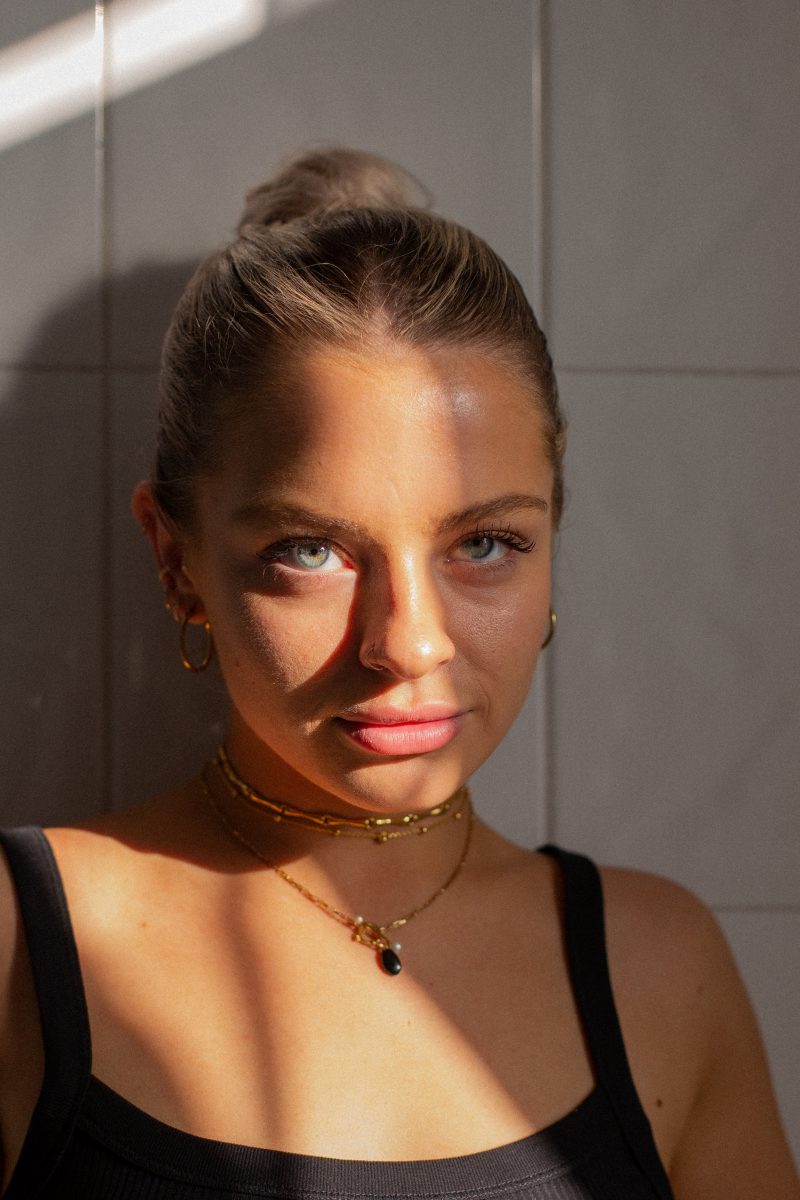 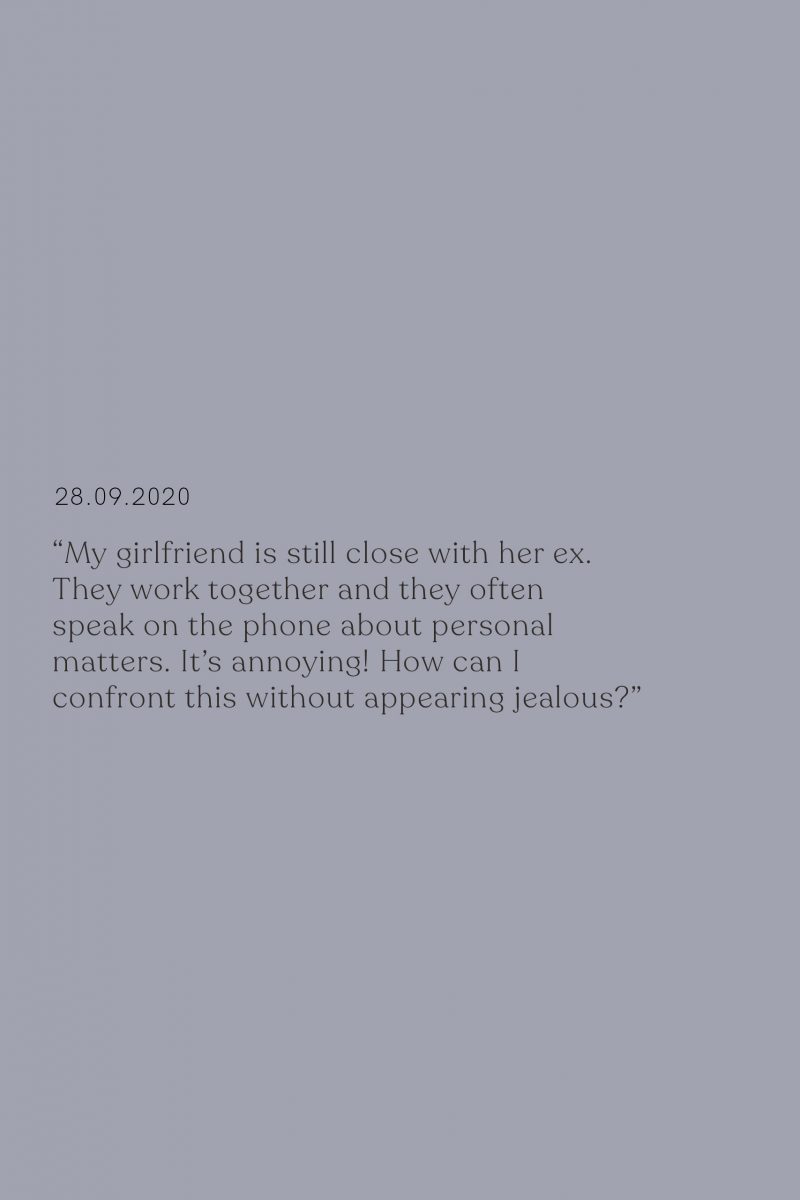 “I can’t seem to contain my annoyance at the close relationship my girlfriend has with her ex, they work together and there are often phone calls about personal matters which makes me uncomfortable as I am aware that the ex girlfriend still has feelings. I’m not sure how to confront this without appearing jealous/needy, do you have any advice?”

Relationships with exes are sensitive and complex things. I’ve yet to meet one person who hasn’t at one time or another adamantly professed that they will stay friends with their ex and that it won’t be weird, when in reality, most of us traverse this track until one partner moves on and the other gets jealous, annoyed, and eventually disconnected. That’s not to say that exes can’t maintain a healthy friendship, just that it’s more difficult than we often think, and in order for the friendship to work – especially when one or both partners have moved on – boundaries need to be in place. There needs to be a degree of separation which distinguishes the relationship having moved from romantic to platonic.

There needs to be a degree of separation which distinguishes the relationship having moved from romantic to platonic.

Intimate phone calls and the possibility of residual feelings cross those boundaries, in my opinion. I think engaging in a friendship with an ex when you know there might still be something there is unfair, both to the ex and to you, the new partner, because while your girlfriend isn’t reciprocating these emotions, she may, by proximity, be encouraging them to grow. While you can’t control how somebody feels about you, you can control how you deal with those feelings, and I believe there’s a certain personal responsibility to distance yourself when the intentions become confused.

I do appreciate it from the other side, though. Your girlfriend probably wants to keep some kind of connection to the person she was once closest to, and that’s understandable. When I’ve split from someone in the past, I’ve found it really hard to process the notion that everything we once shared is being discarded and I have to pretend that I don’t know them as intimately as I do. And I don’t think that individuals should necessarily have to shed long-standing personal connections as soon as a new partner comes on the scene; there should be room for history and future to co-exist and people aren’t possessions, so we needn’t clear our emotional inventory to be tabula rasa. I’m not on board with this idea which is often peddled in popular culture that to even look in the direction of an ex is some kind of betrayal. I think that’s immature. As a grown ass adult, the importance or value of a relationship is dictated by my own autonomy, not by the relationship’s relevancy to somebody else. If someone existed in my life prior to the introduction of another person, the n00b doesn’t get to sweep in and start making demands about who I can or cannot have in my life.

With that being said, you know, you can’t have your cake and eat it. Healthy friendships with exes are reliant on boundaries, as well as having had the time to heal and ‘move on’ (whatever that really means). If the closeness of their relationship is making you feel uncomfortable and it’s potentially encouraging feelings for the ex, then those boundaries are being crossed and it’s possible that the ex hasn’t had the space they need to process. They can be and should still be friends – they obviously care about each other and get on well, so it’s silly to throw that away – but the more intimate exchanges like the personal phone calls should stop, and you should both have a conversation about where those boundaries lie and what a compromise might look like.

I don’t even necessarily think it’s a jealousy issue in the sense of ‘oh, I’m worried they’re going to bunk up together and leave me all alone’. I think it’s more the perspective that when we’re in a relationship with someone, it’s difficult to see them sharing the close, confidential stuff with somebody else. We feel that we should be the priority for matters of the heart because discussing those topics of conversation demands trust, and we should be the most trusted person. To see an ex in that same arena ignites an emotional stress which I think can be more taxing at times than the threat of physical cheating.

What you feel – annoyance, frustration, maybe a tinge of that emotional jealousy – those things are all valid and real. And to express that isn’t being needy or jealous, it’s communicating truthfully as one part of a two-partner relationship. You have to be able to air your grievances without the fear of judgement, and communication, as we all know and have heard a thousand times over, is at the core of a meaningful relationship.

Ultimately, I think your girlfriend will recognise that crossing certain boundaries of closeness with an ex will naturally make a current partner feel a little bitter. Broach the subject calmly with something like ‘hey, can we speak about [x] for a moment? I know you guys are still friends but the phone calls make me feel a little uncomfortable. I would never ask you to stop speaking, but could we set some boundaries that honour our relationship?’

I think asking for the phone calls to stop when you’re aware that the ex still has feelings is an entirely reasonable request to make, but equally, I think you need to be open to the idea of them still maintaining some kind of relationship. To ask them to cut contact completely implies a level of distrust, and if your girlfriend isn’t giving you any reason to believe that she’s unfaithful, then you shouldn’t put her in a position that suggests she could be. What’s that magic word again? Ah, compromisé (stick an accent over that ‘e’ and make it more fancy).

And don’t forget, when everything boils down, the fact of the matter is that while the ex is still in contact, you are the person your girlfriend is choosing to be with. The phone calls, the work chats – they’re but a tiny portion of what you share. They’re sliders and you’re the whole Wagyu burger, you know?

A little tremor does not shake firm foundations.