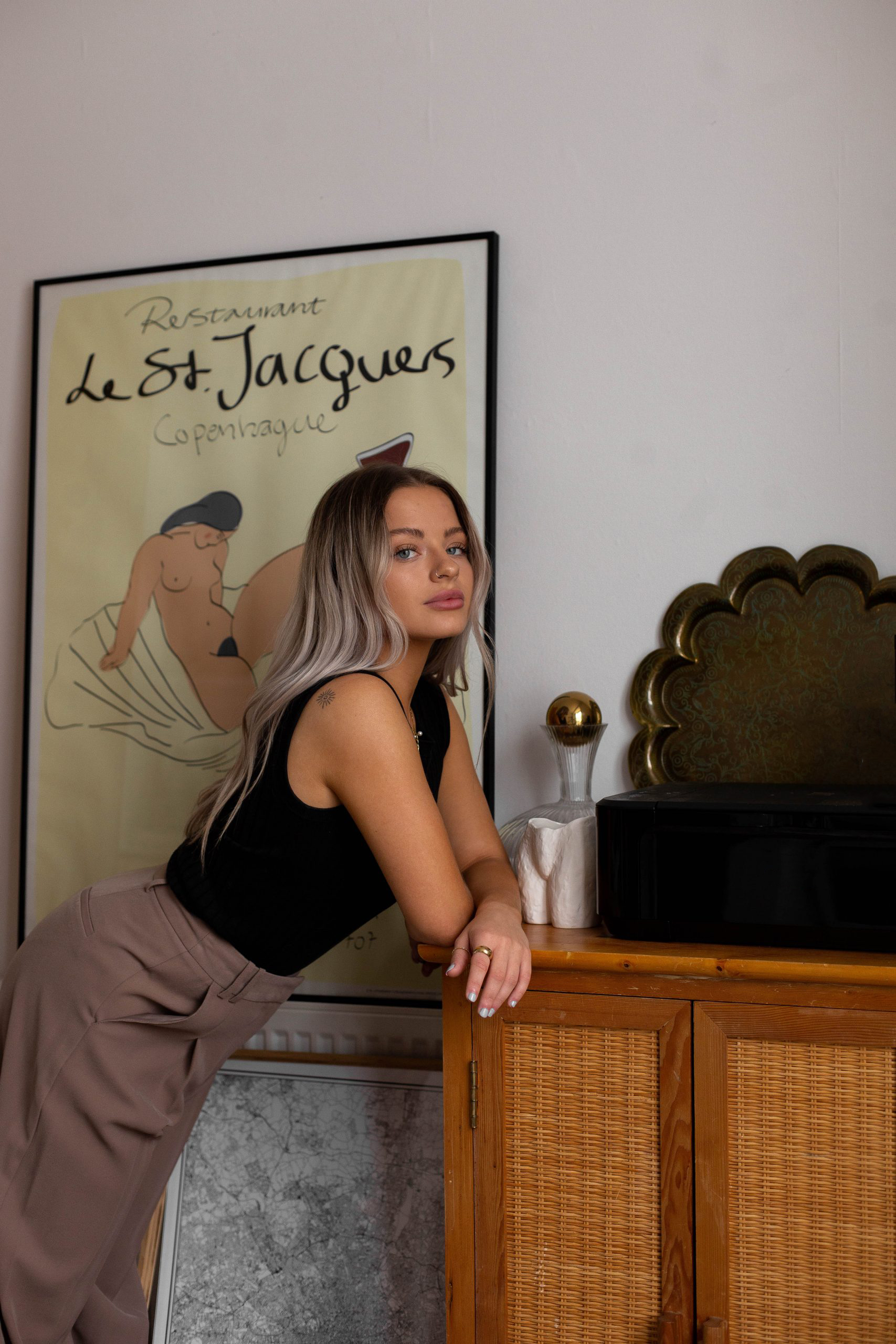 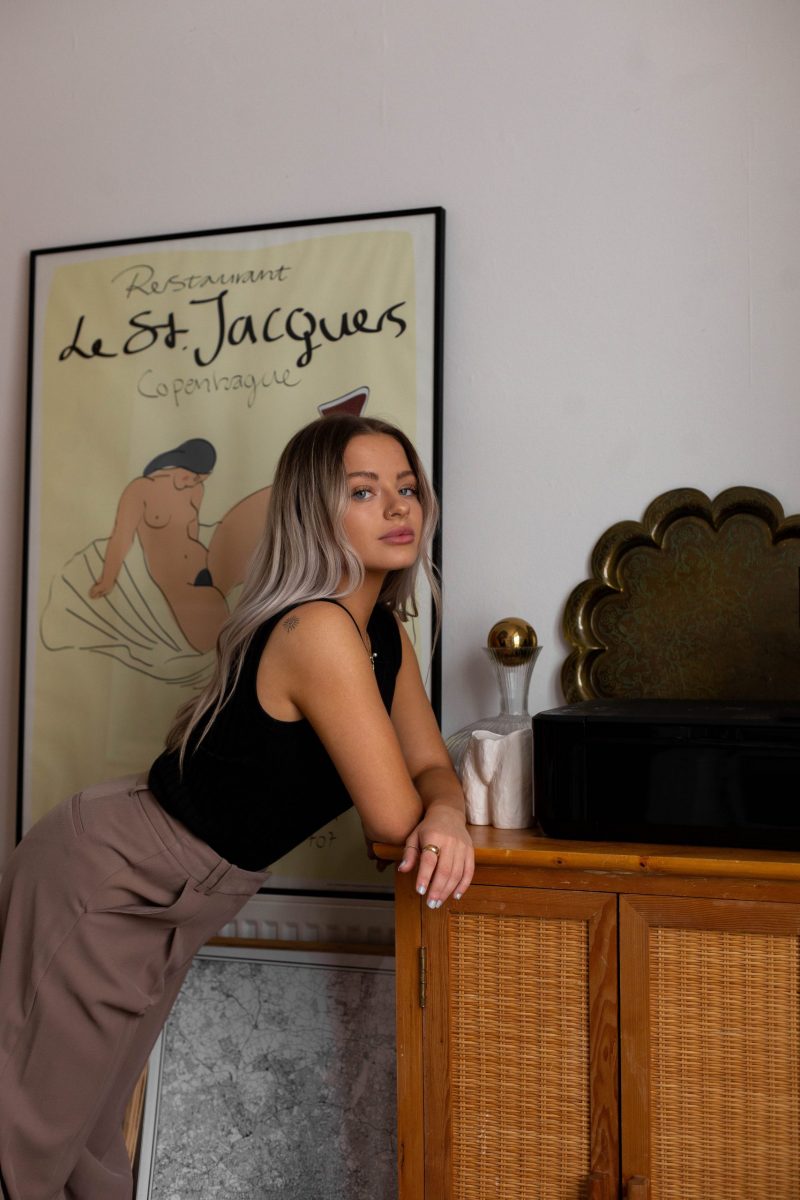 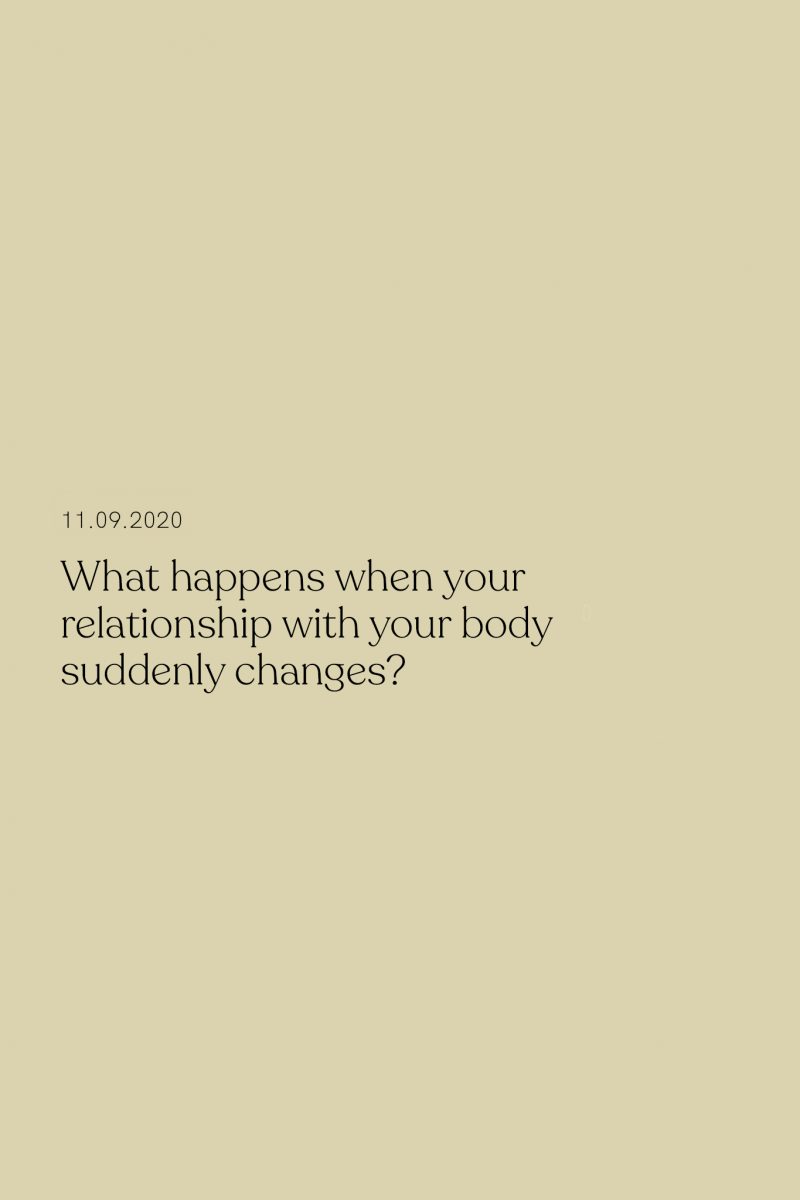 Towards the tail-end of February 2019 - the cute butt of the month of love - I was making my way through an experience which would forever change my relationship with my body.

The change had nothing to do with body confidence, or a lack thereof. Like so many others, my relationship with my body has been a tide of celebration and disappointment, love and bemusement, but where I was at at that particular time was a relatively positive place. My boobs pointed in different directions (still do), everything wobbled when I walk (still does) and God knows I had never seen the end of my belly button (what’s down there?), but all of this was quite delicious to me. Like a sweet and doughy doughnut - something to be savoured.

Over the course of a handful of weeks, my whole sexual identity suddenly shifted; my body felt like something which needed to be protected rather than enjoyed. So much so that the thought of being touched read as an invasion. If our bodies are our temples then mine had gone into lockdown, allowing room only for the caretaker who would stand at the gates and grimace, ‘ah, sorry, we’re not allowing visitors today. And no, I wouldn’t bother trying tomorrow either’.

I found myself in a state of unfamiliar vulnerability, something that my experiences as the more adventurous partner had not prepared me for. I was used to being the chaser, the one who complained that not enough sex was happening even if it was happening every day. I always wanted to try new things, introduce toys, up the ante - hell, even bring in another person. I enjoyed being sexual - I luxuriated in the realm of my own sexuality - and yet here I was, the possibility of having even the most beautiful, caring, loving sex threatening the onset of tears.

I wanted to consider it a phase. Sexuality isn’t linear and I’ve learned through experience that as we change, grow and evolve as individuals, as do our sexual preferences. That includes frequency; being a top shagger at 18 doesn’t guarantee you to be a top shagger at 28, especially if you’ve been in long-term relationships where you become familiar with one another and your love develops beyond carnal lust (what a fantastic phrase, by the way: carnal lust. Gives me shivers).

I could no longer believe myself as a sexual being, body or mind, and my whole mode of perception centred around boundaries and protection and keeping whatever I felt was sacred and private, distinctly sacred and private. Sexuality seemed a performance wherein my act was nose-diving, and any time that I would induce myself to be physical, I couldn’t be present in the moment. Like I was stuck in my body but all of my energy had been stuffed into my brain, simultaneously full to bursting but empty of sense. Pleasure? My subscription had been cancelled.

I want to stress now that what I was experiencing was entirely a ~ me ~ thing. There was nothing that my partner could have done to shift the space I was in because the issue was internal, not a part of our relationship. Did the sudden plunge in my physical interest affect him? Absolutely, nobody enjoys rejection - or worse, apathy - and I think he then got to experience the side of the fence I’d always been preaching from. It feels shit to constantly be chasing intimacy with the person you love. It forces you to reflect inward, contemplating whether you’re attractive enough, exciting enough, not someone-else enough. And there was a weird duality for me too, then being the one who was never “in the mood”. It doesn’t feel good to say no to the person you love either, or to not be able to offer the closeness that had, until then, been an important part of your connection.

To say I wasn’t “in the mood” is somewhat misleading though, because it infers that that mood could still be gotten into. That wasn’t the case. I honestly felt like I’d lost the ability to enjoy being sexual altogether, which was fucking weird because I LOVED SEX. It was a facet of my self-celebration, a moreish indulgence in youth, the salt-bae seasoning on my twenty-something life. This cornucopia of enjoyment all but evaporated in the space of the month and in its place was the instinct to guard. I still loved my body, but where once was vivaciousness and the desire to share (because to keep something so soft and warm and plush would surely be wrong), was now this kind of new honouring which did not extend beyond myself.

I respected what my body had been through, what it had carried me through, and semi-subconsciously but semi-consciously-but-not-wanting-to-admit-it, I thought nobody else could appreciate it in the way that I did, maybe even that nobody deserved to be so intimate with it. Even the person that I loved and trusted the most. My body and I had formed a private members club and no we weren’t accepting new applications and oh, wait, sorry, we’ve officially gone into hibernation. Toodle pip!

It feels pertinent at this point to (kind of) address the elephant in the room: what happened to trigger such a monumental shift in attitude? As much as I share online - and I’m struggling to think of anything that I haven’t discussed at least once - this one thing I want to keep private. For now, anyway. And that’s not because it’s some big secret or I’m ashamed or scared, rather that it was a defining moment in my young life and I want to give myself the time to properly process and heal before shouting about it into the void of the internet. I mean, you’ve got your head screwed on, you've probably guessed anyway. It’s one of those things that, in the grand scheme of life, isn’t a “big deal”, but it leaves an indelible mark of varying degrees - a passport stamp on your heart. Of the many women I’ve spoken to who have experienced the same thing (and in your life there will definitely be some who have, whether you know about it or not), some have been more affected than others, but nearly every one reported the same post-response: a detachment from sexuality, and this deep, instinctive need to “protect”.

It took a little bit of time for that celebration of sexuality to return - probably a year and a half before the idea of intimacy was not only non-threatening, but attractive. Like I wanted to make the first move. I don’t think I will ever see my body in the way that I once did and as crap as that loss felt at the time, there is a silver lining. My appreciation for what my body can do and does do for me is so much greater. Where I potentially saw sex as an affirmation of my own attractiveness or as a vehicle for surface pleasure, I’ve now moved into this new sphere of something deeper. It’s difficult to articulate (which is not ideal for a written piece, hey?), but a simple way of communicating it would be to say that I love myself now in a way that I didn’t before, and that makes sex… better. That makes sexuality and my exploration of it better, stronger, with firmer foundations in place. I feel like my mind and body went through something a bit shit but we got through it, we got the t-shirt, and now we’re ready to (be) eat(en) out to help out.

I’ll end with this: if you’re going through something or have been through something and your sexuality has simply melted away, it will come back. In time. It might feel like a really fucking long time, but eventually it will come back. And until then, if your body wants only self-love, no self-love, protection, privacy, nourishment - whatever - give it to her. She’s a beautiful, breathing thing and she deserves your patience and respect.

« Invisalign For Gappy Teeth: Treatment Update
AMA: My Partner Is TOO Close To Their Ex »