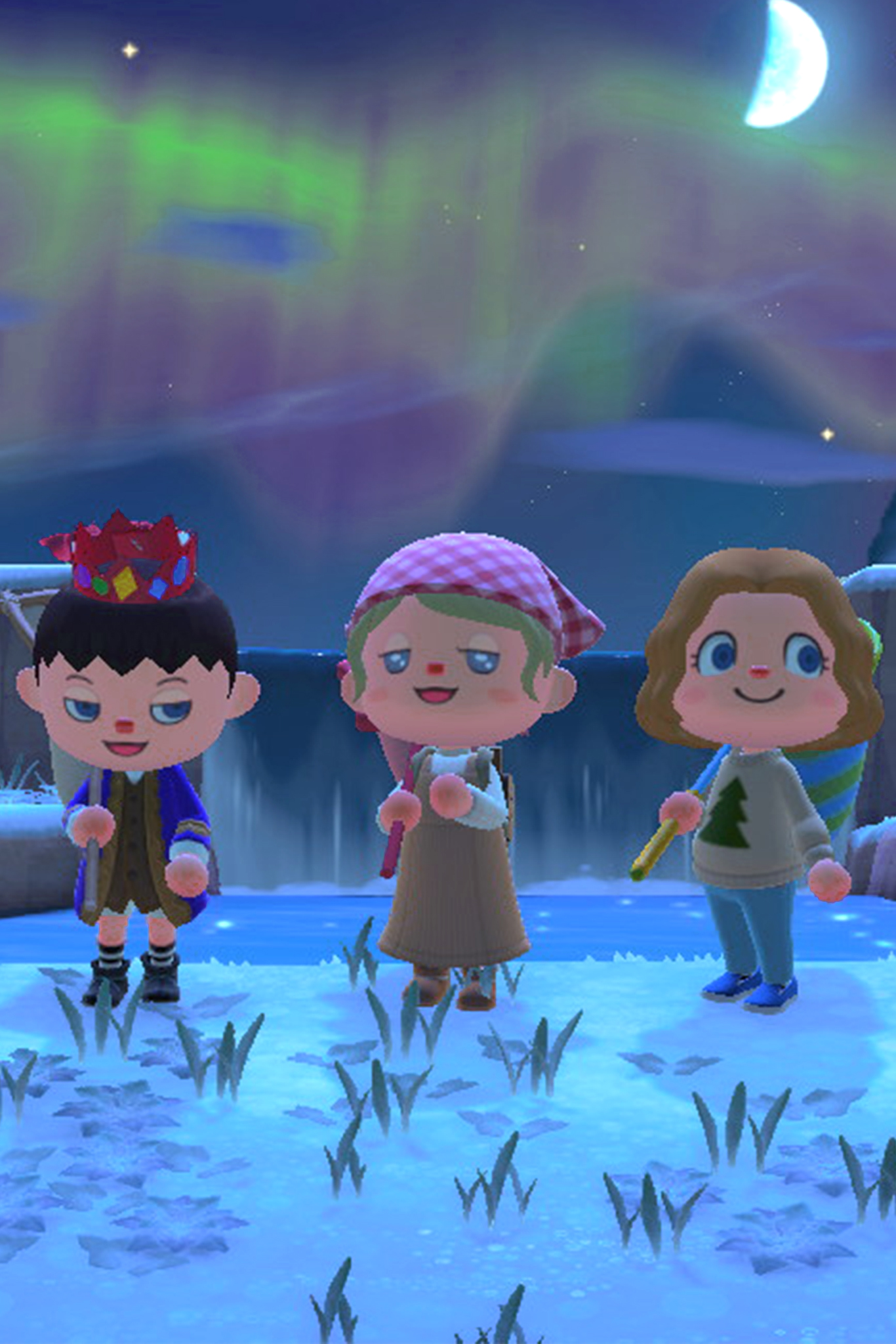 Animal Crossing is The Oasis We All Need Right Now 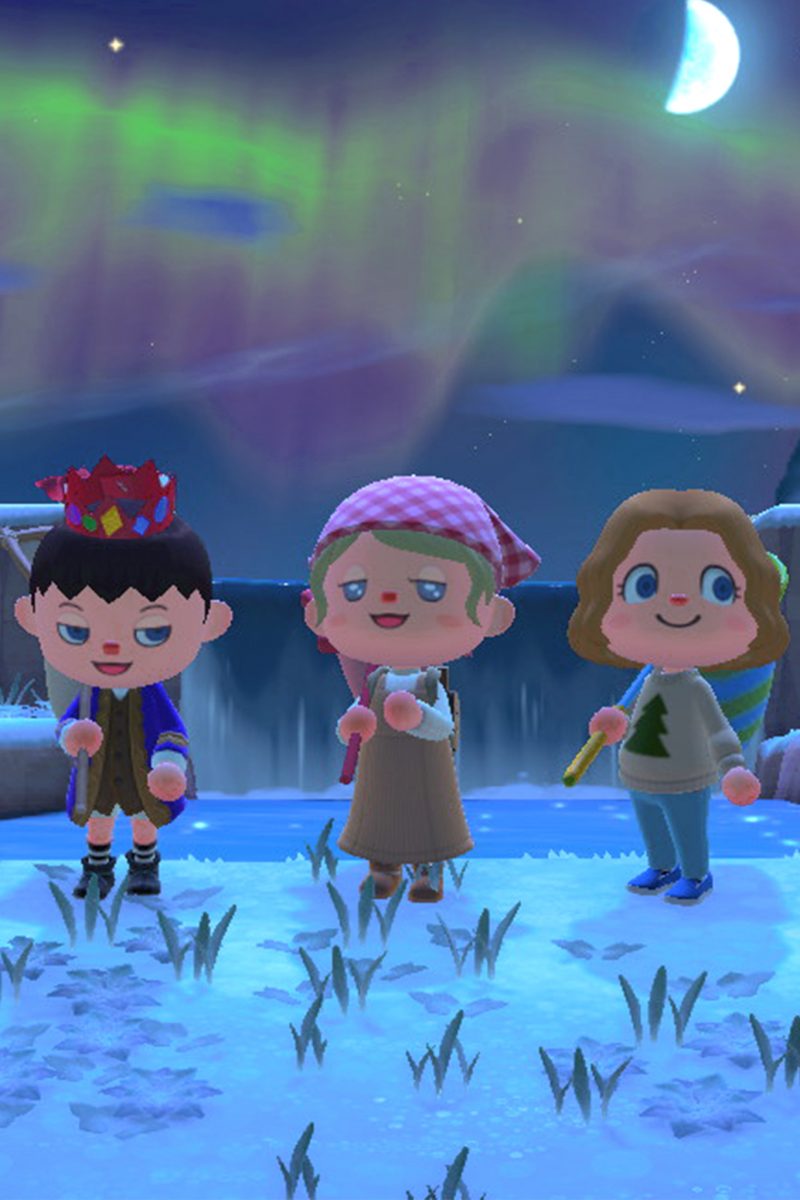 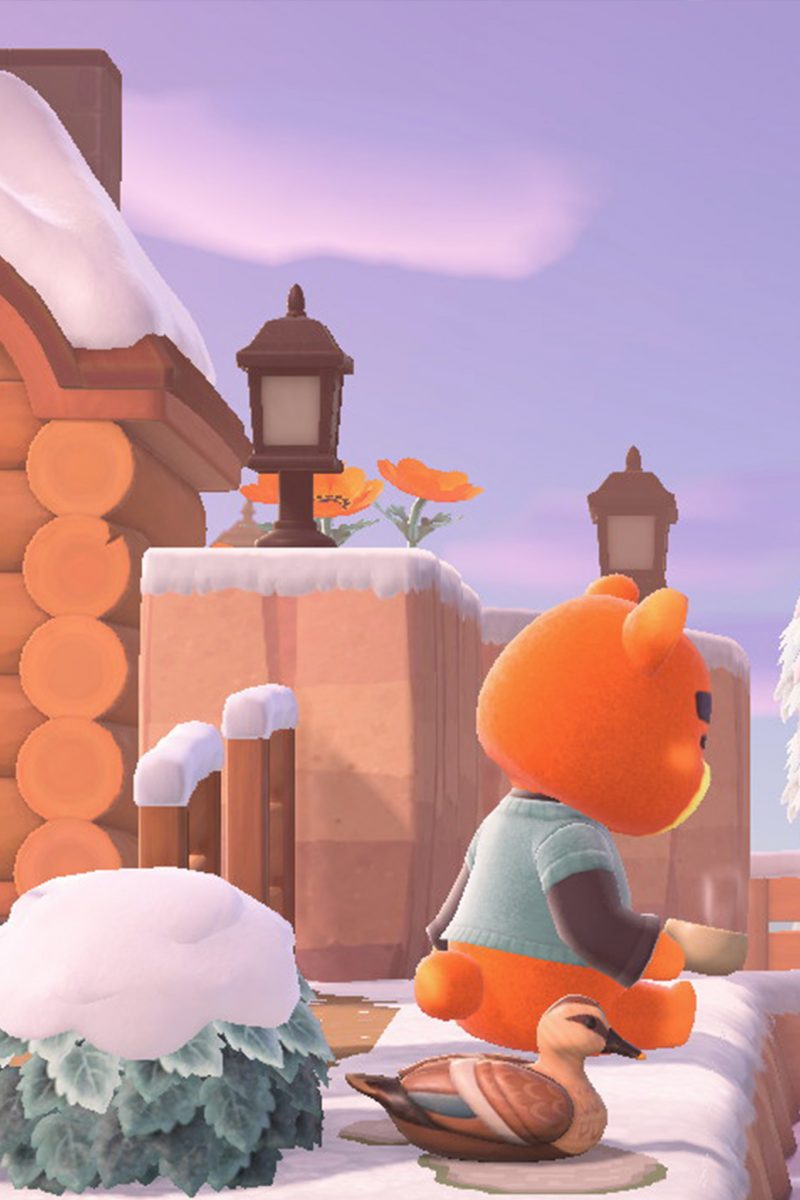 What do Tom Nook and a urinary tract infection have in common? Both kept me company in the small hours of a 2020 May morning, though one was vastly more welcome than the other.

I consider myself a ‘soft gamer’, meaning that I play a limited number of games with enduring loyalty, a dedication which spans years and years, all the way back to my early adolescence. Scarcely do I dip my toe into the pool of popular new titles; I know what I like and I’m content in that familiarity. Give me a free-roaming open world with plenty of boxes to explore and I’m happy. Throw in a flavour of the apocalypse and season with some dark humour, and I’m even happier.

“This digital dreamworld has served as a sympathetic escape amidst the severity of the last year.”

It’s surprising then, that something as ‘of the moment’ as Animal Crossing: New Horizons captured my attention. Although “attention” probably isn’t the right word, considering I’ve sunk 580 hours into the virtual oasis that is Sage City (eep). Maturing from glorified campsite to quaint and quiet village (yes, we do have a bakery), this digital dreamworld has served as a sympathetic escape amidst the severity of the past year, a safe harbour away from the storm of reality. I’ve even taken to streaming the game on Twitch, stumbling into the open arms of the AC community which has welcomed me with nothing but love.

But how on earth did I get here?

It all started with an Instagram Story (doesn’t it always?). Social media was abuzz with anticipation for the next Animal Crossing release, New Horizons, 8 years after its predecessor New Leaf came to Nintendos 3DS. My only experience with the franchise had been a few borrowed hours on my then-best-mate’s DS back in the mid 2000’s, so needless to say, the excitement flew straight over my head.

I didn’t get it. Why was everybody so excited for such a slow-paced, low stakes game? So, what, you roam around a make-believe island, chopping trees, weeding weeds and chatting to animal villagers, who, for the most part, seem decidedly ungrateful for the daily chores you’re required to undertake…? What’s the objective? The purpose? How do you win?

This was a rhetorical question; I knew you couldn’t win AC – it’s not a game designed to be conquered – but I posited this question to the faceless crowd of Instagram nonetheless. Please, I beseeched, somebody explain the vice-like grip this game has over sensible people across the globe. There has to be something more to this than collecting and building.

Turns out there isn’t much more to it than collecting and building, but that’s precisely why the game is so good. I recognise I’ve turned on my heel for a complete 180, but stay with me here.

“Do as much or as little as you like: it’s your island, after all.”

The heart of Animal Crossing’s appeal is not its pace or difficulty, it’s the lack thereof. The shape of its experience is amiable to circumstance: it can bear the fruit of joy for both the most dedicated of players and the lackadaisical; deep-divers and toe-dippers alike. You can throw yourself into the long, languid slog of collecting all items (many are seasonal and the game is played in ‘real time’, so patience is a requisite), or busy yourself with brief periods of island decoration. Perhaps you want to fish, catch bugs or breed flowers. Or maybe you want to play the financial game and win big on the Turnip Exchange, Animal Crossing’s simplified expression of the stock market. Though you’re gently guided through a quasi-tutorial of sorts to begin with, once the very few tasks on your list are ticked off, the rest of the world unfolds in into directionless possibility. Do as much or as little as you like: it’s your island, after all.

Launching in the UK just as the first lockdown brought many lives to a stuttering halt, this invitation to explore acted as a digital dilution of everything we were missing. The ability to visit one another, authority over our surroundings, the security of living without scary surprises because the game thrives on routine. Where our real lives were shrunken and entrenched in the unknown, our virtual cities offered omnipotence, complete jurisdiction over everything from the landscape to the inhabitants.

It bestows a God-like power which, with a little tweaking of the console settings, can even allow you to alter the time of day and season. If you want to live perpetually within the pre-Christmas hum, you can. And if the gloom of the British weather makes days stuck inside even worse, fast-forward a few in-game months and find yourself collecting summer shells on your make-believe beach. You can even choose chaos and wipe the island clean, if that’s what you want. The decision is entirely yours.

“What Animal Crossing ultimately offers in a global moment of uncertainty, is control.”

When you boil it down, what Animal Crossing ultimately offers in a global moment of uncertainty, is control. Control over our environment, our self-image, how we choose to express ourselves. It allows us the freedom of choice, and to reverse our choices if time changes our mind (albeit for a small fee, payable to the island overlord, Tom Nook). With no definitive end and no means of winning, Animal Crossing’s world exists ad infinitum. It stretches on and on with absolute certainty, a predictable sanctuary soundtracked by lo-fi keyboard beats and soft, elevator jazz.

Every day we are greeted by Isabelle, an almost saccharine-sweet Shih Tzu who acts as island secretary and chief announcer of events. Every day there are new fossils to be dug up, new recipes to discovered, new items stocked in Nook’s Cranny and Able Sisters, the two island shops. Every day unfolds just as the day before, but unlike the monotony of a life in lockdown, what this repetition offers is stability. A recognisable launching-off pad, from which the shape of the day can be moulded at your discretion. It’s freedom with hand-holding; decisions without consequence.

At first, little of this was clear. All I knew was that my urethra had betrayed me once again, and with cystitis keeping me awake, I deigned to punctuate the early morning hours with the high-pitched Nintendo garble of three small racoons. Lest we forget, I was proudly anti-Animal Crossing at the time. Despite the explanations of numerous avid fans, I skirted the band wagon for months, only finally conceding to the game’s idyllic lure when I found myself unwell, in darkness, and extremely bored.

It’s almost a year later and I count myself among the converted. I am a card-carrying AC super fan, the kind that swings a Tom Nook tote bag over their shoulder before popping out to the shops. I have an app on my phone which allows me to document my in-game experience, alerting me to the availability of seasonal items and tracking visitors like Gullivar, who washes up on the shore every now and then and gifts you an exclusive item if you help him find the missing parts of his phone. I’m a member of Nookazon, the platform which enables you to buy, sell or trade with other players, for items, recipes and villagers alike. I stream the game twice a week with a small community of like-minded viewers, most AC fans themselves with buckets of experience from ranging from the OG, 2001 Animal Crossing, all the way through to this latest iteration, New Horizons.

“The game itself acts as a great leveller, magnetising spheres from every corner of existence and bringing them together at the doors of Resident Services.”

Though none of this is particularly unique. The AC community is huge. And global. If the conversation in stream ever leans into location, the chat blooms with identities all across the world: Texas, Bruges, Paris, Guildford. Some are mothers, some are students. Some are new players and some seasoned pros. Each of us found our way into the game for whatever reason, and subsequently then into the community at large, but the game itself acts as a great leveller, magnetising spheres from every corner of existence and bringing them together at the doors of Resident Services. There is no hierarchy, no levels to distinguish one player as superior to the next. Sure, there are those who have collected everything and decorated their island to the edge of its borders, but oftentimes those players will wipe the slate clean and start from scratch (which means collecting everything all over again), or spend their time helping beginners with resources to get them off the ground.

In a time of curbed travel, AC extended the opportunity for friendship without bounds, forging connections from across the world with as little as a DODO code and a bit of extra time. Though we understand these worlds to be idealised figments, we are unified by our pursuit of whimsy, the common ground beneath our feet one of peaceful imagination. Within these microcosms we are the architects of our own paradise, free to illustrate its fabric as we see fit.

All we want to do is to collect and create, and to make some friends while we do it. And that’s it: the beauty of the game is rooted in its absence of complication. A timely tonic to an otherwise overwhelming world.

« No More Zoom Quizzes, Please: Digital Fatigue in The Age of a Pandemic
The Two Sides Of Every Month: I’m Tired of Losing Myself To My Period »