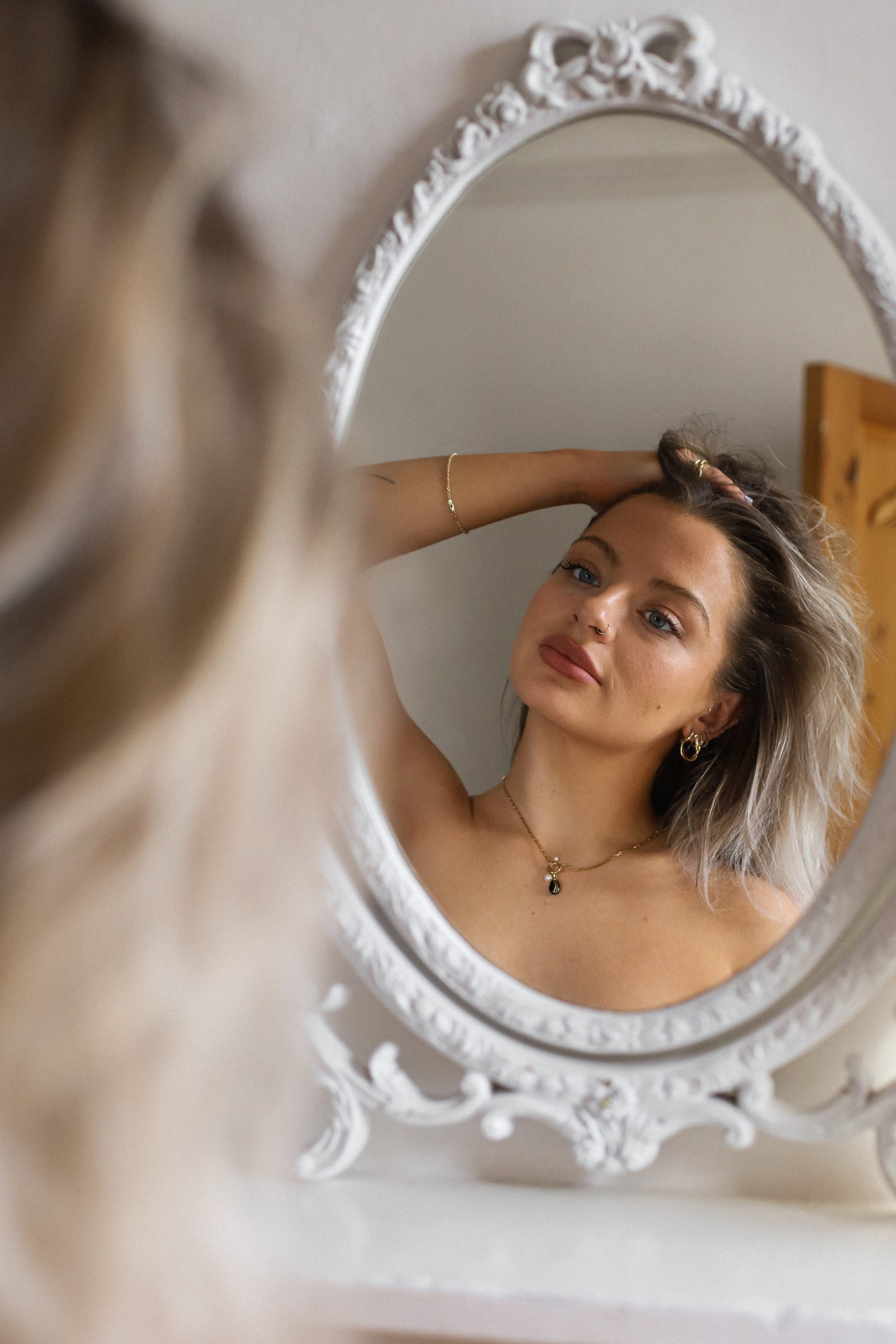 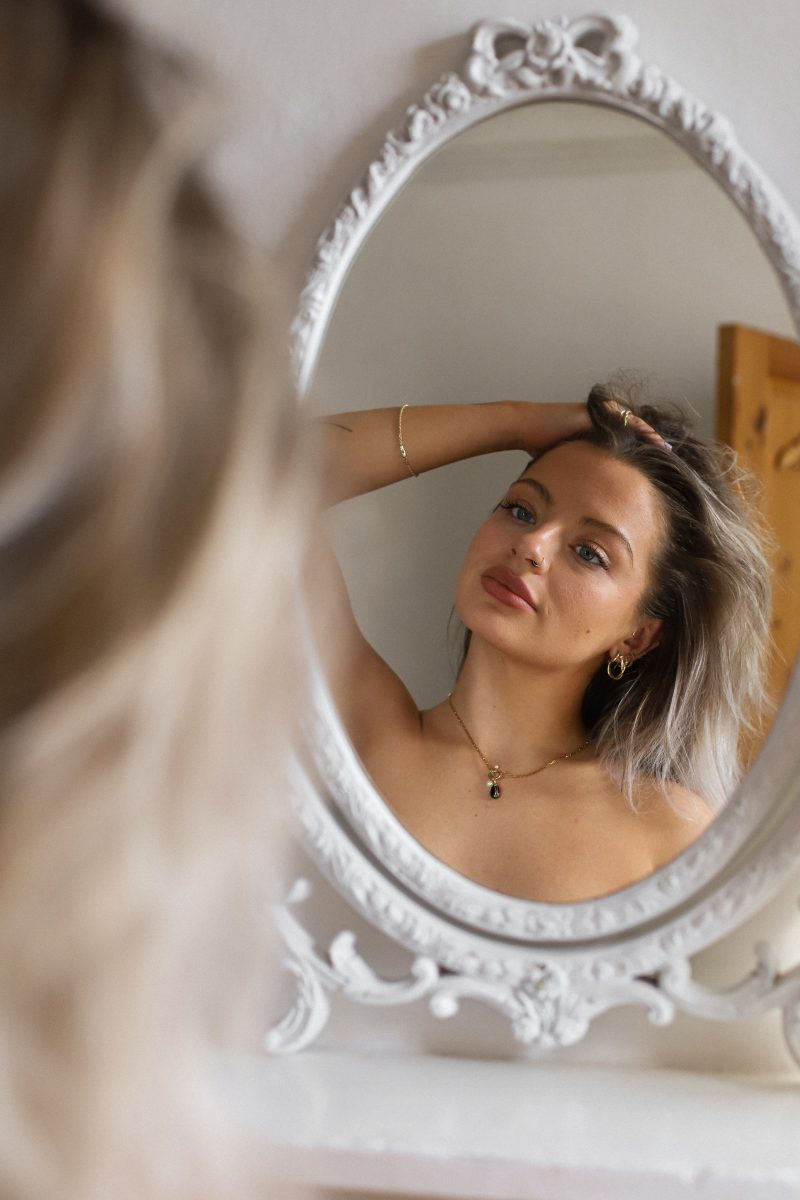 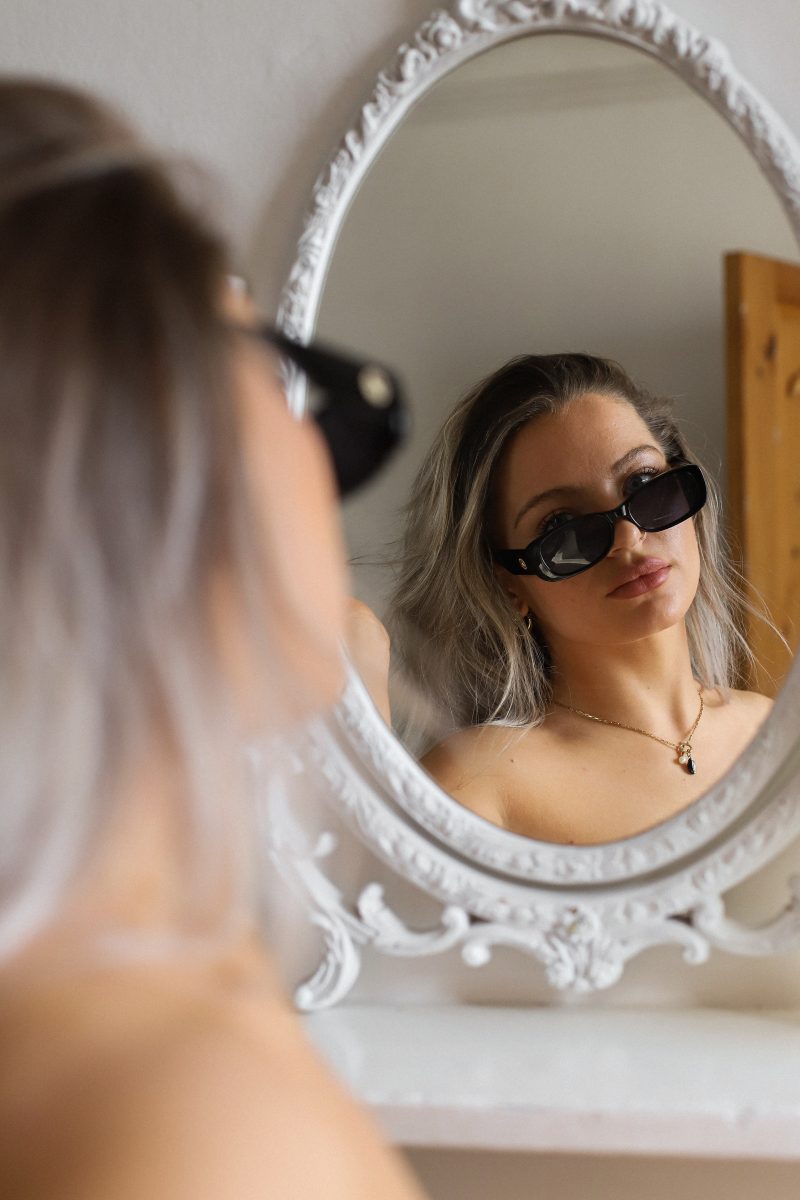 I always think towns and cities look so strange from above. The aerial view flattens everything, a great, heavy boot squashing down on the hats of tall buildings and industrial estates. Roads shrink and sprawl like snaking capillaries and everything which once felt huge is reduced to a small impression of itself - a murmur where there once was a shout.

It occurred to me while I was bent over my bathtub, rinsing blood from my pants, turning water into wine, that the cyclical experience of my period is quite similar. I expect it every month, this sudden dwarfing which propels every small anxiety to dizzying heights, and yet still I can only recognise it once I’m released the other side. Isn’t that peculiar? I know the final fortnight of every month will progressively worsen until the fabric of my identity starts to slip through my fingers, at which point my undercarriage will unleash bloody hell and I ascend to the heavens on the force of my ‘ahhh moment’ alone, but it still catches me by surprise. And maybe it isn’t as dramatic as that, but it’s close.

Bloodletting is an ancient practise thought to have kept your humours in balance and I think these old crones were on to something. The lightbulb moment of menstruation is universally recognised by people who have periods. It’s that first glimpse of crimson in the gusset of your underwear that collects each moment of madness from the preceding fortnight and deposits it into the ‘oh, I just got my period’ box. Now it makes sense, the crying, the restless sleeping, the hopelessness, the feeling of sinking. The confession you made to your best friends that same morning about feeling low can now easily be explained with a blood emoji and some tears. And they’ll laugh, knowingly, situated somewhere on the revolving rollercoaster of their own menstrual cycle.

I lose sensible perspective - that’s one of the things that bothers me most. In my ‘bad’ two weeks, feedback reads as criticism and the routine steps of daily life soar up from the ground like an ascending challenge. I write two lines of an email and then get distracted by the one side of my face which is developing wrinkles faster than the other. I walk around the supermarket for 30 minutes trying to decide what to have for dinner and feel furious with myself that I can’t decide and I want to cry because I can’t decide and this food isn’t good for me but this food is what I’m craving but I can’t just give in to every craving and where is my self control and oh god I’ll just have pasta. The 1 minute walk from my house to the corner shop takes 3 days.

In my ‘good’ weeks, however, I’m a beacon of organisation. I cannot move for lists and their happy little ticks. I do my best work because I believe that I can do my best work, and every idea is valuable until definitively proven otherwise. Texting back is not a chore. I sleep well, sex well, eat well, breathe well, and I move through every day with an entirely different energy: one of self-control, steadiness and conviction. If in my ‘bad’ weeks I’m merely treading water to get by, in my ‘good’ weeks I’m an Olympic swimmer, baby.

I wish these two people could communicate. My period splits my self in twain (I’ve always wanted to include ‘in twain’ somewhere in writing and since I’m freshly off my period and feeling quite invincible, I’m slipping it in here (that’s what she said)) and either side of the month, I’m either inhabiting the bones of normal me or horrible me. Horrible me is shit. Horrible me also does horrible shits - poos are gross, but period poos are grosser. More on that later.

It isn’t only the internal chaos that I’m cognisant of, it’s how this manifests in my behaviour and the subsequent guilt I feel for being a total bitch. It’s difficult to explain to somebody who has never experienced it, but the erratic, snappy rage you feel which foams up in your throat and spills out in a violent wave is difficult to stop. It’s as if the only way to assuage this build-up of tension is to interrupt your partner halfway through their sentence and declare ‘I never ever want to have to listen to you telling me about this fucking podcast again’, or to reach the resolution of an argument and decide to bypass it for 8 more hours of furious silence. Why am I so angry? Why did I just scream at my chest of drawers? Why am I acutely aware of my irrational rage but unable to soothe it?

So there’s guilt, and there’s shame. I’m embarrassed that I’m so deeply affected by something I’ve been experiencing since I was 11, something that is so common, so run-of-the-mill. I’m also kind of embarrassed that this whole debacle revolves around blood coming out of my vagina, though I’m not sure why. Is it weakness of character that prevents me from ‘just getting on with things’? The period explains my behaviour but also completely invalidates the emotion, and the absurdity of it all makes me feel stupid. My brain is bested by my uterus every month and yet every month, I fall into the same traps all over again. The saying goes that insanity is is doing the same thing over and over again and expecting different results, but what is doing the same thing over and over again, knowing the results will be as dismal as last time but having no recourse to take a diversion?

It’s difficult to pick about the busy weave of personal emotion and know what’s real and what’s period. I’d go as far as to say that my menstrual cycle is gaslighting me because trying to distinguish between what is honestly me and what is an amplification or utter fabrication at the hands of hormones requires Sherlock-level detection. Is my existential crisis sincere, or is it the luteal phase? Is the existential crisis any less sincere because it is the luteal phase? And is it more an occasionally interrupted but nonetheless ongoing singular crisis, or a series of separate, monthly crises, all with their own unique flavour?

Sometimes it’s burgeoning nihilism: we live just to die and nothing really matters. The whole thing is a charade, the lot of it. The toaster with four slots and council tax and crossbred dogs and moisturising eye drops - everything is false, everything a performance, a distraction until the inevitable. Nobody is awake and everything is pointless.

At others, the complete crumbling of self-security. Like balloons dropping down to mark the end of a celebration, a fog falls over the shape of my identity and I find that I’ve lost grip of who it is I think I am. Me, and all of my composite parts, suddenly a confusion. In these moments I wonder if I’ve ever really known myself, if any of us ever do, or whether it’s something we write about and speak about just to fill the blank spaces.

There’s impulse, too, and excess. The need to restore that which has been imbalanced and knocked off kilter. The mission to feel better by any means. One glass of wine a week becomes seven. One cigarette becomes twelve. Past introspections re: moving cities, quitting my job and leaving my boyfriend zoom into view and I know I don’t want these things but they suddenly seem like the only way to repair it all, the only way to reanimate the dead life I’ve been ferrying to fruition each day. I need to make a big decision. I never make big decisions and it’s obvious in every predictable fibre of my white loaf Hovis life. The bubble has popped and I’m in a microwave turning round and round and I’ll never amount to what I wish I could be if I keep playing it safe, and so the only way is to do something big, quickly and without time to convince myself otherwise, something life-altering and defining and I’m drunk and this has to be big.

And so back and forth and back and forth I go, from steady to turbulent every two weeks, all tears, discharge, blood and correction. Every two weeks slipping into the unwitting choreography of my body’s own revolt. Imagine what I could achieve if I was a person without periods. Sometimes, when I stand up and my knees creak and a huge blob of blood falls out of me and it feels like I’m wetting myself, I look at my boyfriend and hate him. I hate all people without periods.

How lucky to not have to engage with this regular commotion, to speed through adolescence without worrying about white trousers or the patriarchal insistence that periods are dirty. How lucky to never have to shower away dried blood from your inner thighs and pubic hair, which, incidentally, the patriarchy also insists is dirty. How lucky to inhabit the bones of your true person for 12 months of the year instead of 6. How lucky to have doctors take your sexual health seriously, instead of encouraging you on the combined pill because an unplanned pregnancy is surely worse than the swathe of mental and physical effects hormonal contraception promises. How lucky to not be stunted, every month, by something which society sees as an embarrassing nuisance. How lucky to not have to pay for period products, to never be caught without them and resort to layers of flimsy toilet roll which break up from the friction and deposit bloody balls down your trouser legs. How lucky, after all that, to never have to consider menopause.

This shit happens every month. Every month! And yet we have to continue as if nothing has changed because there still exists this widely-accepted stigma that decrying the effects of a period is making a fuss. People have been doing it for years! People all over the world are having periods right now! They didn’t used to have sanitary towels, you know! They used to use tree bark! Be grateful! Don’t draw attention to your bloody vagina! Your misery is disturbing! Bleed quietly!

And yet for all of the upheaval, I still appreciate what my body does. I don’t want to be rid of my period because it’s a marvellous, and at times deeply connective and meaningful process, but I do wish for greater understanding of how derailing that monthly visit can be. It's so much more than a little bit of blood in your knickers and a couple of cramps that can be soothed by a hot water bottle, and that's coming from someone who doesn't suffer with any medical issues which further exacerbate the symptoms. At times it's okay, but a lot of the time, it's really, really, really shit. And I just needed to get that off my chest.