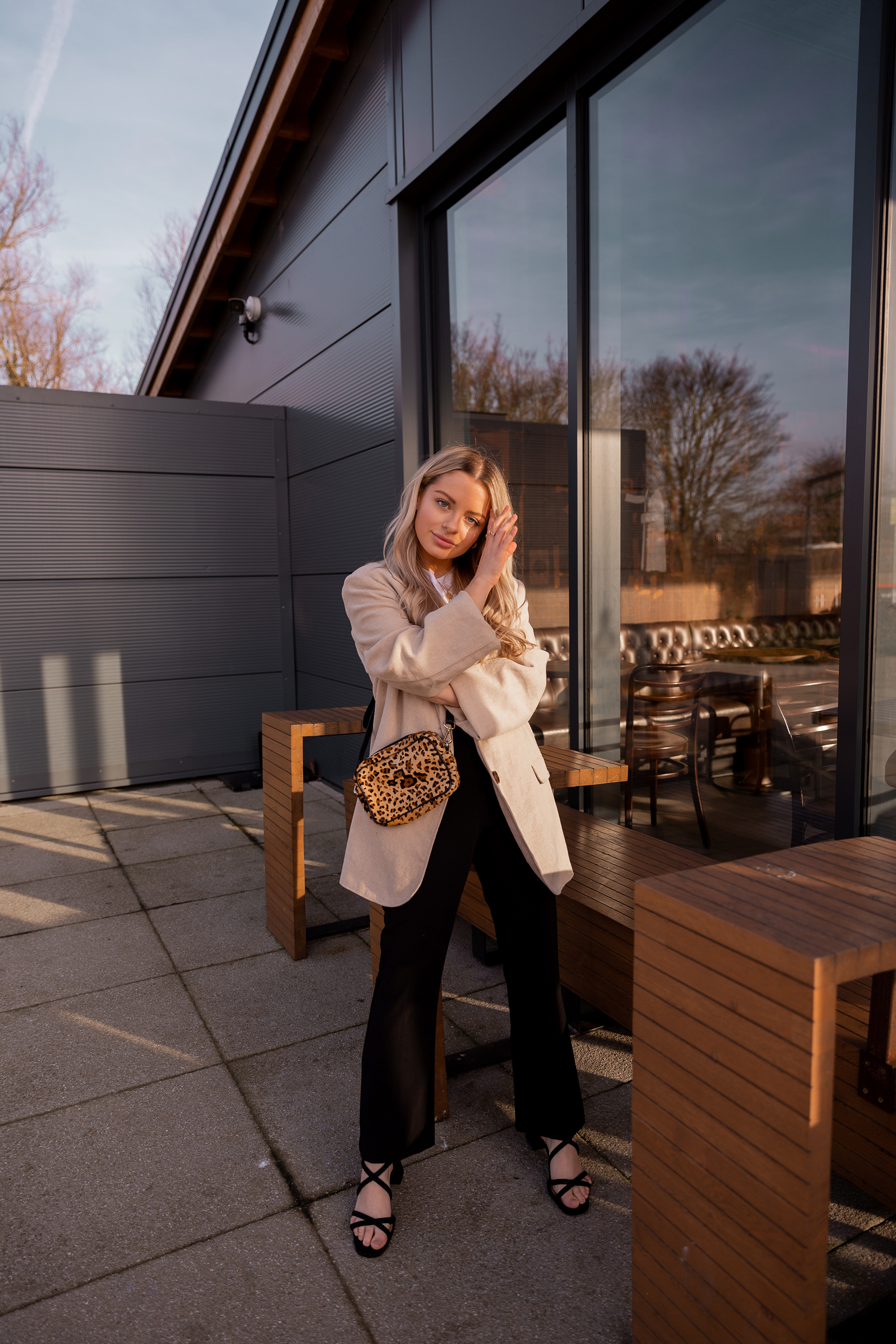 The Myth of Wealth as Wellbeing 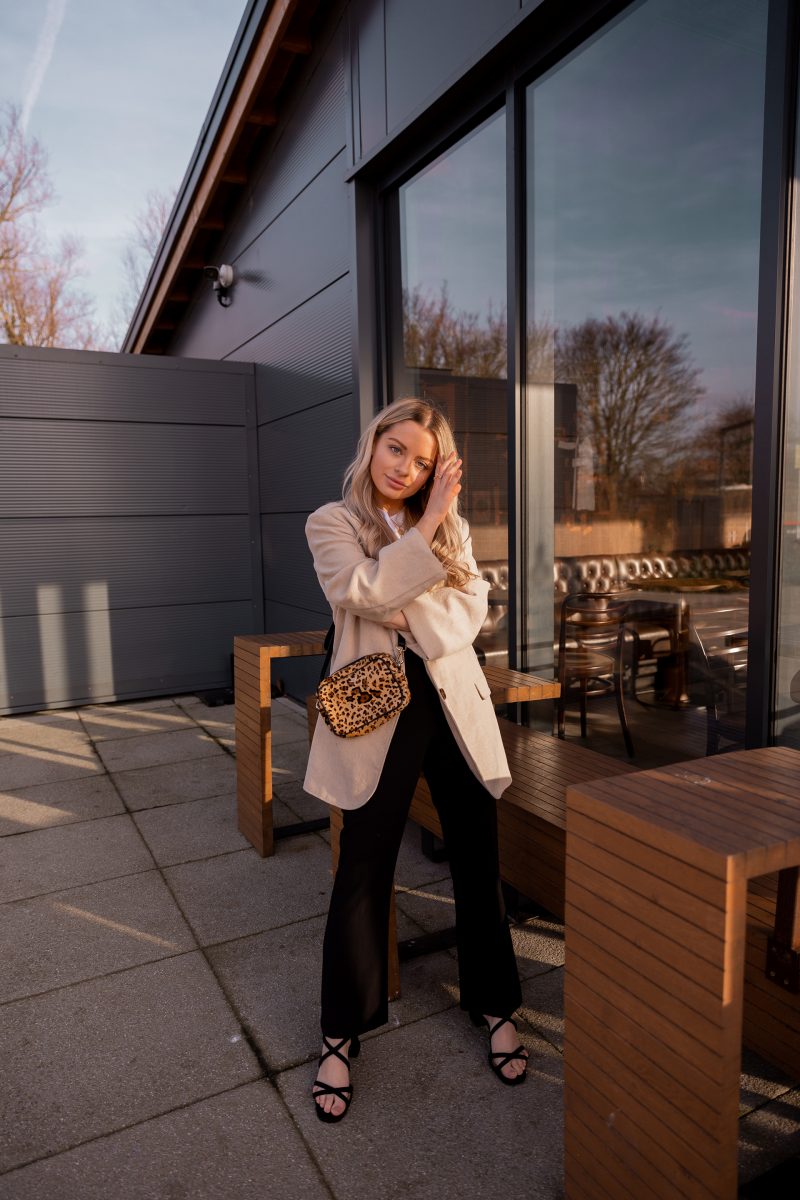 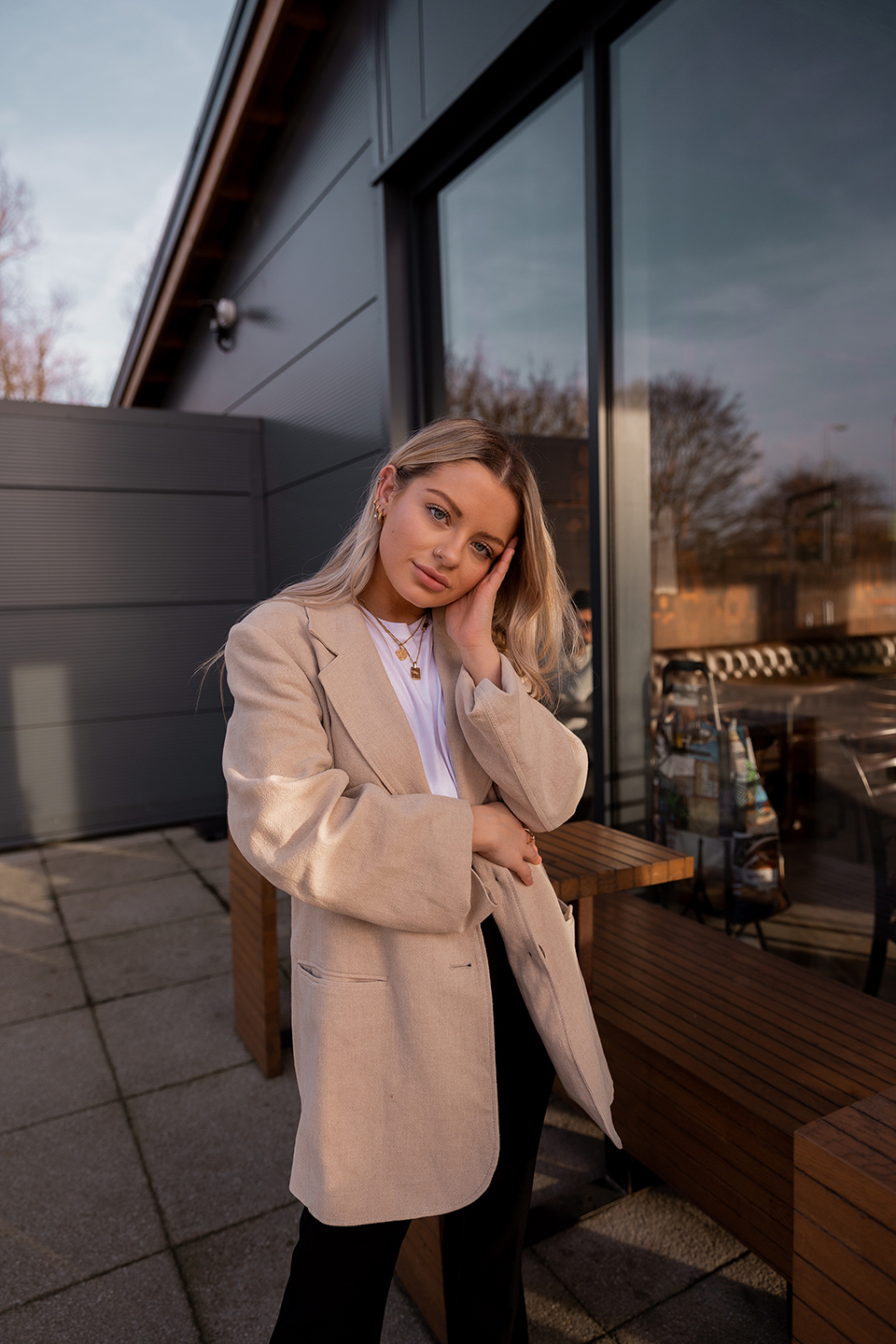 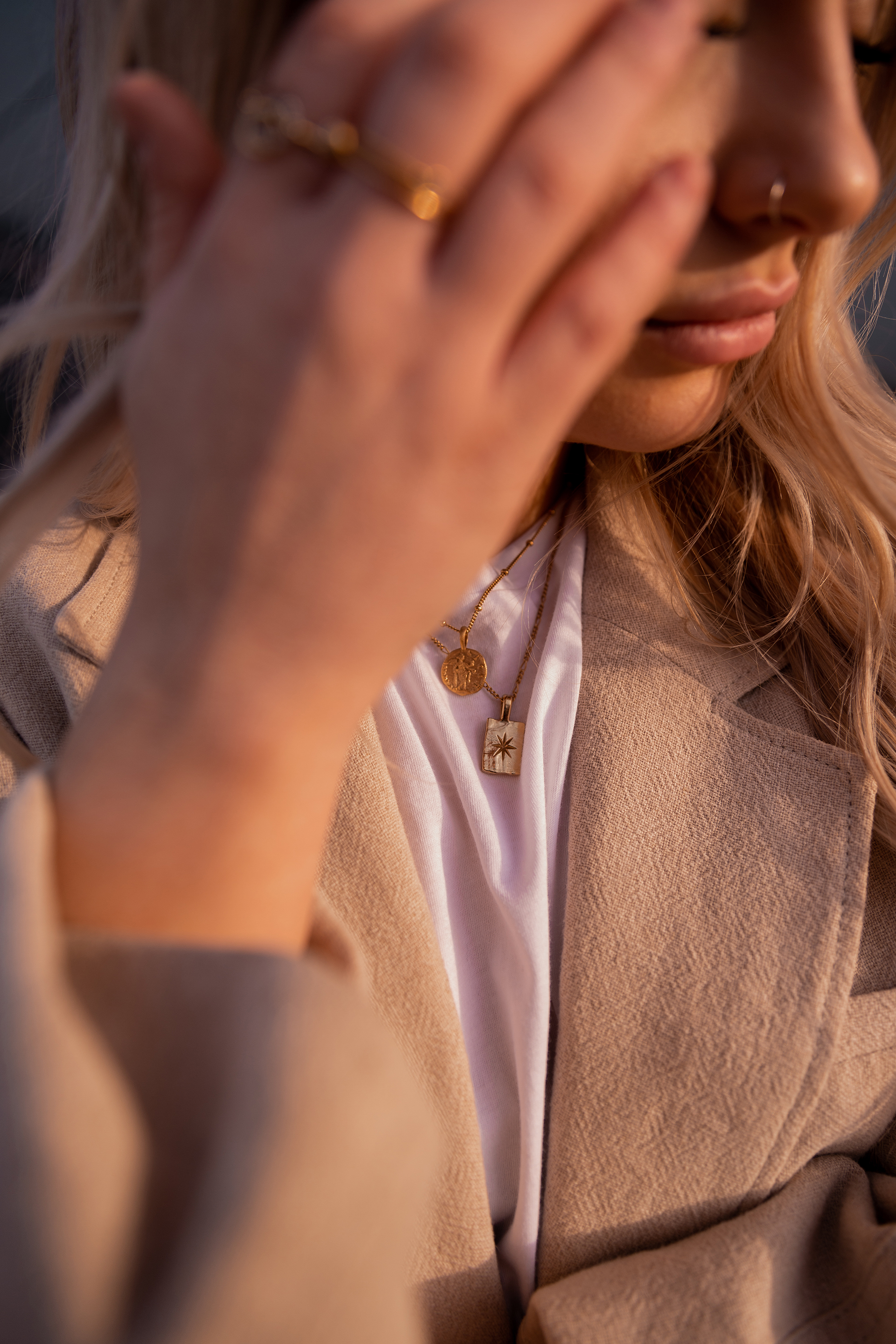 You can’t sneeze near the internet these days without someone mentioning how you can improve your wellness and wellbeing. Whether it be celery juice, regular meditation or reducing your screen time by employing back-up from the ‘screen time’ app (the sweet, sweet irony), our physical and mental wellbeing continues to be a hot topic ripe for the picking. I count music as an indispensable ingredient in my recipe for optimum ‘wellness’; I add to my Spotify playlist religiously, rejoice in old bangers rediscovered and delight in the process of singing a song start to end without falter. Listening to music enhances my mood, and as such I’m an intent listener. I can’t hear a song without listening to the words, and I can’t listen to the words without starting to instinctively decode the meaning (really clinging on to my uni days with desperation, there - “I can still understand stuff, believe me!!!”).

Something I’ve been noticing more and more over the past few years is the increase in wealth as wellness in women artist’s songs, and by wealth as wellness, I mean wealth as the essential precursor to happiness. Think Ariana Grande’s recent single ‘7 rings’ (“Lashes and diamonds, ATM machines/Buy myself all of my favorite things”), Beyoncé’s ‘Formation’ (“I'm so reckless when I rock my Givenchy dress (stylin’)…Earned all this money but they never take the country out me”) or even Little Mix’s ‘Power’ (“You make rain (you make rain)/But I'll make it, I'll make it, I'll make it shower”). Sometimes these declarations of lavish wealth and lifestyles are obvious, such as with Grande’s 7 rings, and sometimes they’re much more subtle, such as with Little Mix’s “shower” as conducive to power (maybe I should be writing my own lyrics?). Such statements are then coupled with music videos/marketing promo with the artists dressed in expensive clothes, usually surrounded by markers of wealth (recognisably high end alcohol brands or vehicles, for example) whilst looking beautiful, powerful, and satisfied. Whether glaringly evident or not, the assertion is the same: yielding a greater income and accumulating wealth will lead to a better, happier life.

But male artists sing, rap and write about money all the time, right? Why is it that as soon as a female artist adopts the same brazen attitude about the bursting boundaries of their bank account, we - or I - find room to take issue with it? No music by women artists must necessarily be a political call to arms, and in fact I share the frustration that so many pursuits are automatically pigeon-holed as “women’s” - women’s literature and women’s tennis, for example - as if by default of being enacted by a woman, it is inherently different and must be signposted as so. As if said pursuit must automatically include some comment or initiative for the sake of feminism, because what else could act as motivation? 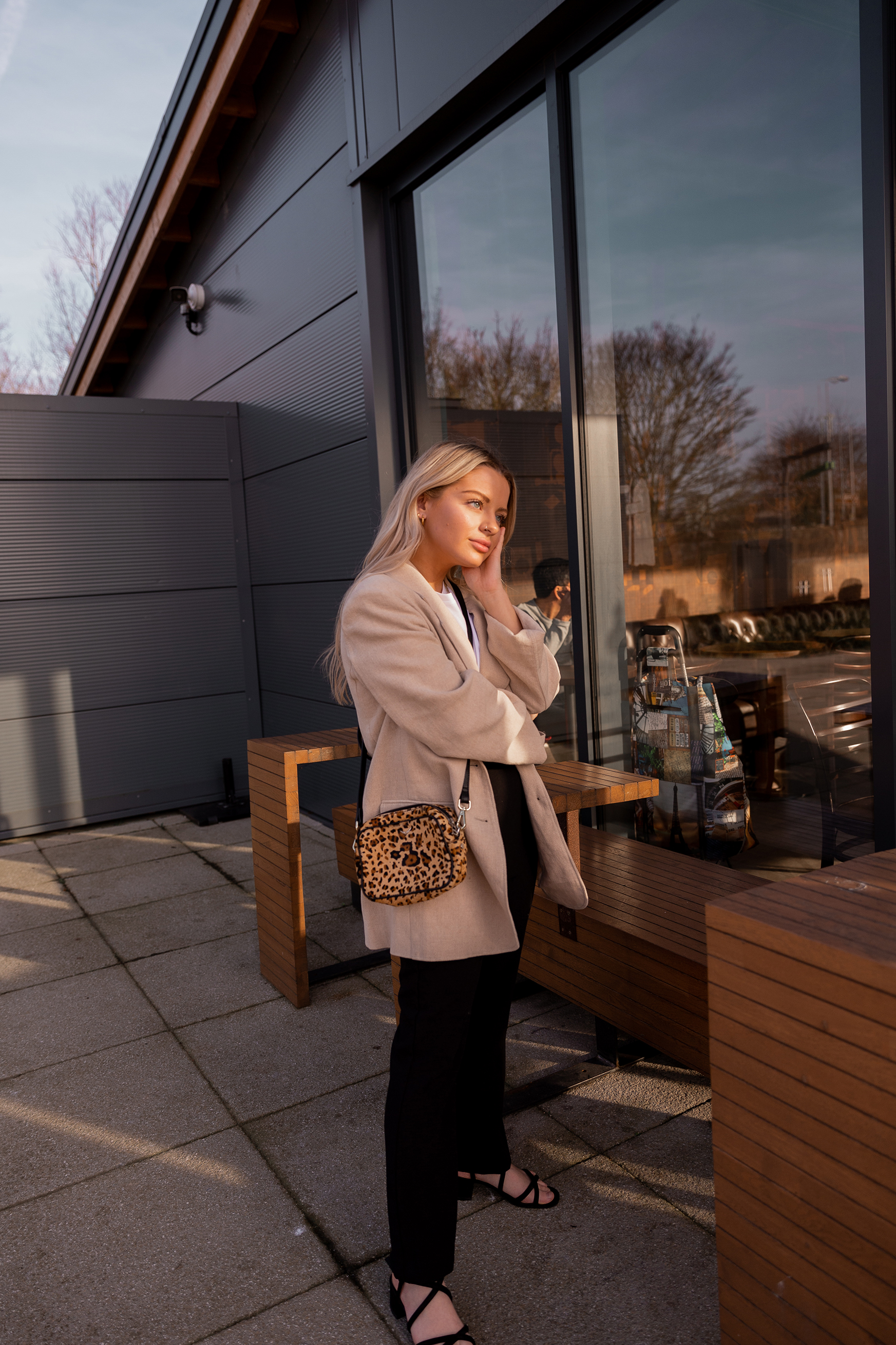 This is bollocks, and I’m not trying to suggest that every piece of work a woman artist releases must be for the benefit of greater womankind. Some songs can exist independently of the creator’s agenda, just as it’s often necessary to remove an author’s intention from a great piece of literature to reveal the multiple layers of meaning and interpretation. Instead, I’m recognising a trend, something which has become progressively more apparent the longer I spend with my head buried in Spotify: wealth as liberation, wealth as happiness, and wealth as enlightenment.

It isn’t far back in our maternal line that women didn’t enjoy the benefits of financial independence. We, as a generation, have vastly more opportunity, choice and support when it comes to moulding our careers than our grandmothers and our great grandmothers before us. Motherhood is no longer the integral, expected occupation, and we’re applauded for putting our business first and pushing to achieve (whilst equally, the indisputable value of motherhood is slowly being recognised as not only a legitimate, but an applaudable and wildly difficult occupation too).

That’s not to say equality has been achieved - clock out, gals, we’re done here! - but we’ve come a long way from the social landscapes of our foremothers. It’s not only conceivable, but often true, that my peers earn more than their male counterparts (for those that are in heterosexual relationships). We’re becoming breadwinners in new industries and in others, we’re pushing to obliterate the glass ceiling that the antiquated ideals of old seek to uphold. We are earning and have earned financial independence, and with that we can care for ourselves, our families, and if we decide we want to, for our significant others.

Financial independence is not a right to be balked at. Generating and controlling your own income enables you the freedom to make your own life choices - to live how and where you’d like, with who you’d like, when you’d like. Stealing, withholding and controlling money is a very real form of economic abuse, and as such was finally included in the draft domestic abuse bill published in January as a means of further protecting victims of non-physical manipulation. This foundation security and freedom that one’s own income affords them is not what I take issue with, because this isn’t what these songs are addressing. Instead, they’re encouraging the accumulation of wealth well beyond this, in order to buy diamonds and fast cars and overpriced lobster claws filled with gold dust and caviar. It’s an ostentatious wealth in lieu of all other things - money to be seen with money, money to flaunt and peacock. It’s money as a statement of success, and the subsequent suggestion that such a vast, unending sum of cash can deliver inner peace and satisfaction.

Female wealth is not synonymous with female liberation. It’s a component, but it’s not the full meal. If it takes a greater pay check to convince your male colleagues of your worth, then what are you left with should that pay check be taken away? The same oppressive, demeaning and belittling mindsets that insisted women were only worthy of a reception role to begin with. And sure, should you attain these colossal measures of wealth that certain pop lyrics assert as the peak of female empowerment, you can fire those fuckers and buy out the company yourself. But those ideas will continue to exist insidiously, and so all you’ve done is move the problem elsewhere (to clarify, it’s not our obligation to educate, but I do believe that at some point we have to challenge and inform in order to change mindsets, one of the most difficult action of all). 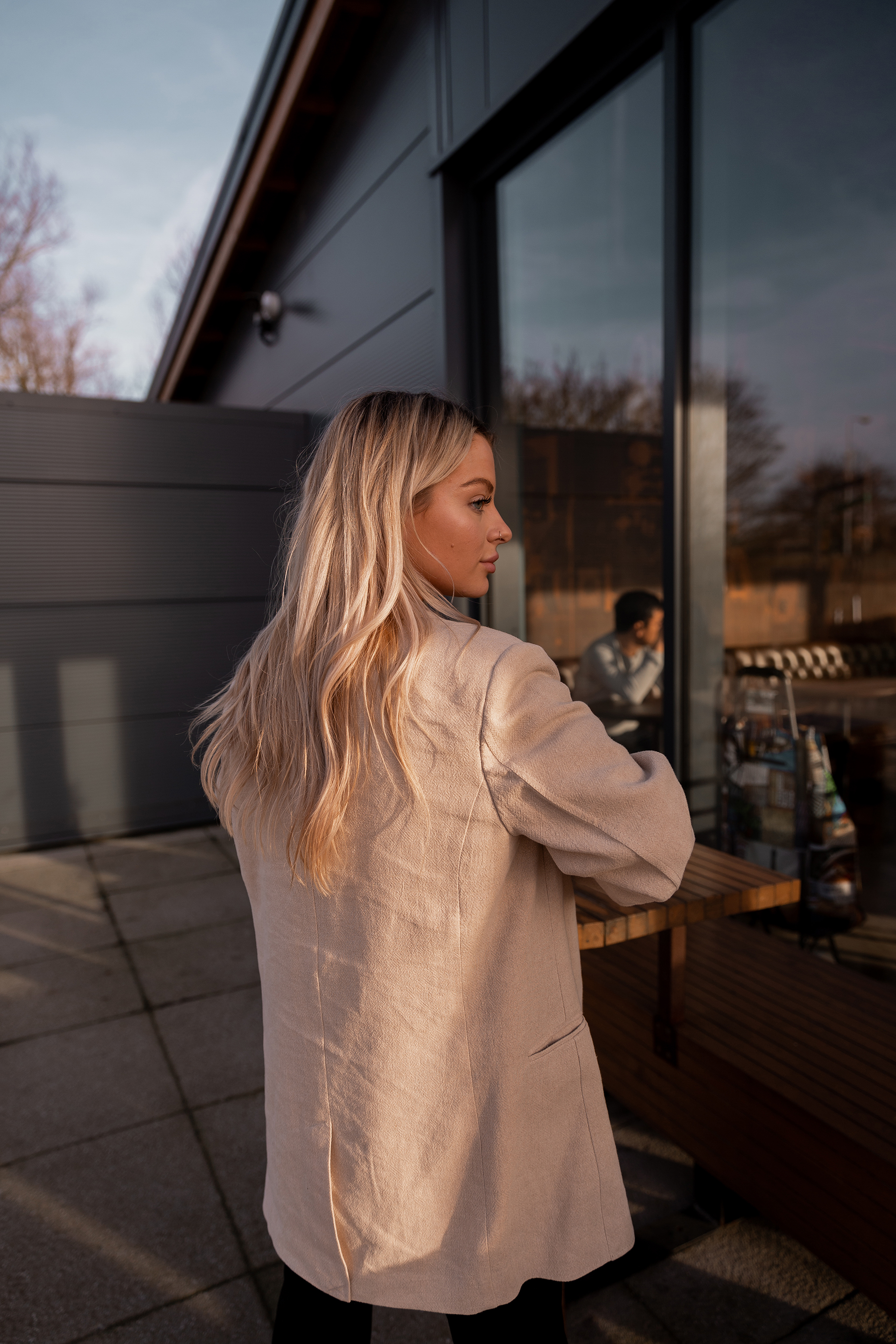 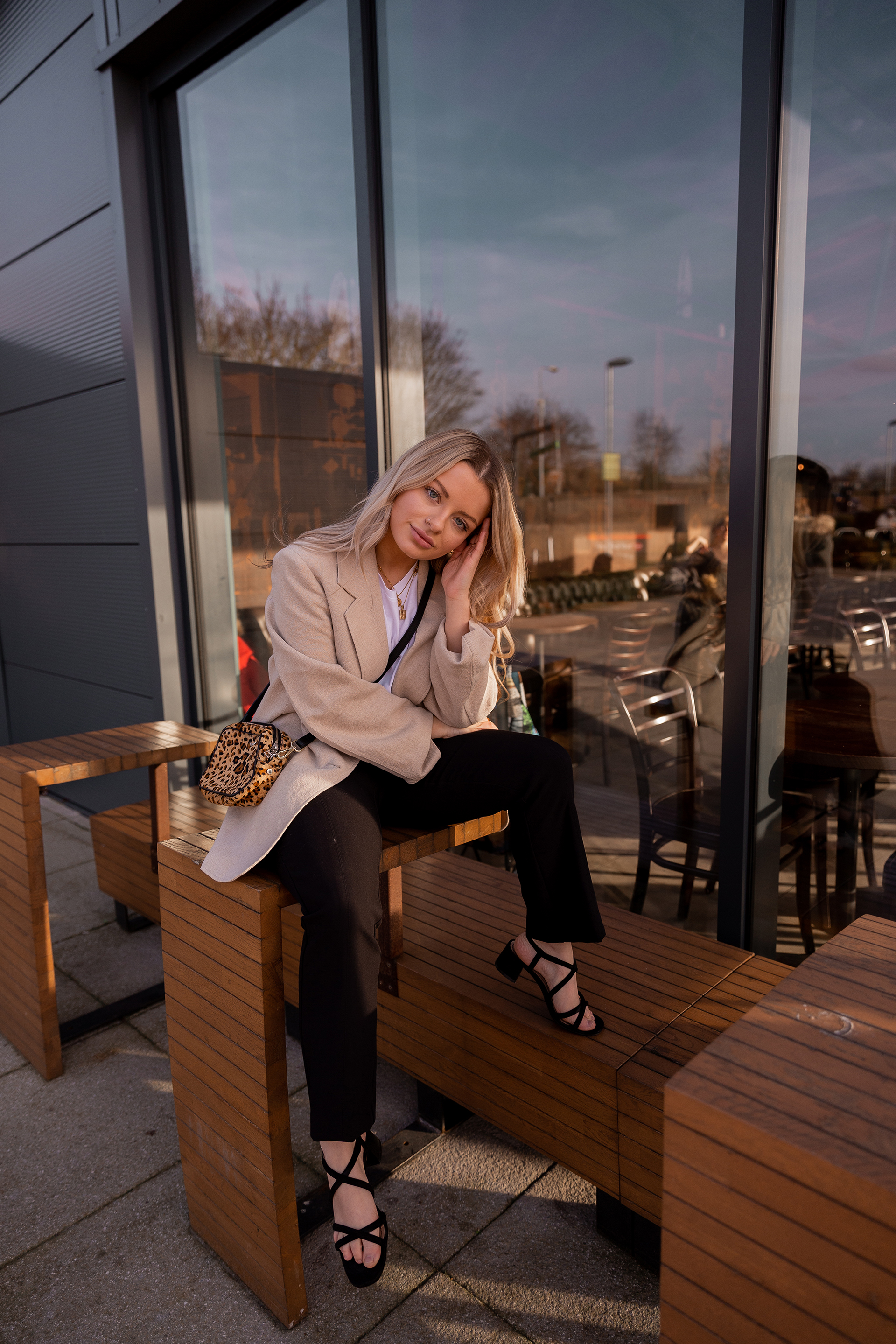 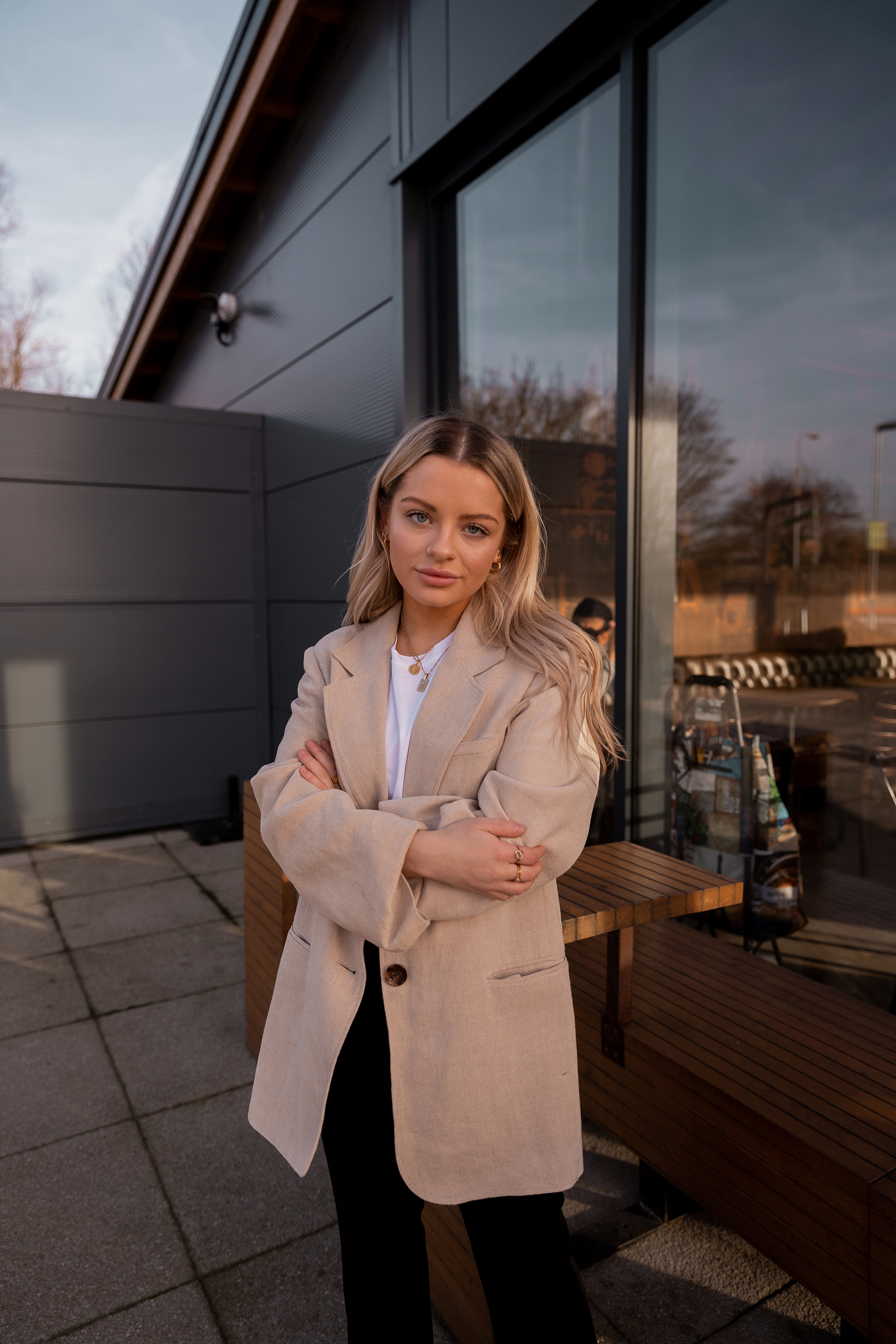 It is important to earn your own money for flexibility of choice and personal power, but there is a practical element to this that only goes so far. The social prestige of a new bag and the dopamine hit of a sending spree are time-sensitive and short-lived, and once the initial faux-pleasure has passed, the emptiness returns, and we’re forced to re-enter into a cycle of earning to spend. We realise quickly that this relationship does not sustain our happiness, but we’re convinced by our commercial environment that if we earn more money, we’ll finally achieve that level of insight and balance that we’re innately craving. That we’ll feel fulfilled in our ability to earn more money, and that we won’t end up feeling empty once more when the surface paraphernalia accumulated at the end of our bed fails to address how directionless/lonely/sexually-frustrated/unmatched in love/overlooked and disrespected we are. That somehow, out-earning everyone around us will automatically draw a dignity and esteem in how others perceive us. That another £1000 will help us to look in the mirror and not hate the person we see reflected back at us, or want to earn another few £1000s in order to fix the things we hate.

My fear is in that compelling young women to be solely money-minded and concentrate on the accumulation of assets and wealth above all else, we’re feeding into a commercial culture which promises liberation and fulfilment, but which ultimately will always fall short. And it’s not just in preppy pop songs that perpetuate this mentality, either - we see it endlessly upheld on platforms like Instagram, with influencers flaunting G Wagons, uninterrupted streams of expensive designer clothes and regular trips to far-flung beaches with airline seats in business class to boot. Even when these items are gifted, the sentiment remains: you too can enjoy this higher standard of living if you generate enough status and cash to afford more expensive things.

In positing external elements as the proprietors of happiness - money, clothes, cars, and even experiences which are thinly-veiled opportunities to demonstrate the lengths of our wealth - we leave our joy at the mercy of fragility. We build the foundations of our self-worth on a crumbling, temporary, and untrustworthy platform, when instead we should be defining our value elsewhere. In our curiosity, our intelligence, our intrigue and ideas. In our compassion, our scope to love, and our resilience against the dud hand that life often deals us. In our ability to recognise that these personal attributes are immutable and solely our own, as opposed to the pay check, bank account and series of credit cards which can so quickly become compromised.

Despite Arianna’s assertion that “whoever said money can't solve your problems/must not have had enough money to solve ‘em”, chances are that your wealth - no matter how humble or vast - will not fulfil you. Continuing to seek externally that which will heal you, will not heal you. Instead, we need to reassess our value code and agree that yes, financial independence is important to our happiness, but the attainment of excessive wealth in pursuit of well-being is a wild goose chase. It’s not often that I disagree with Beyoncé, but the best revenge is not your paper. It’s your sustainable self.