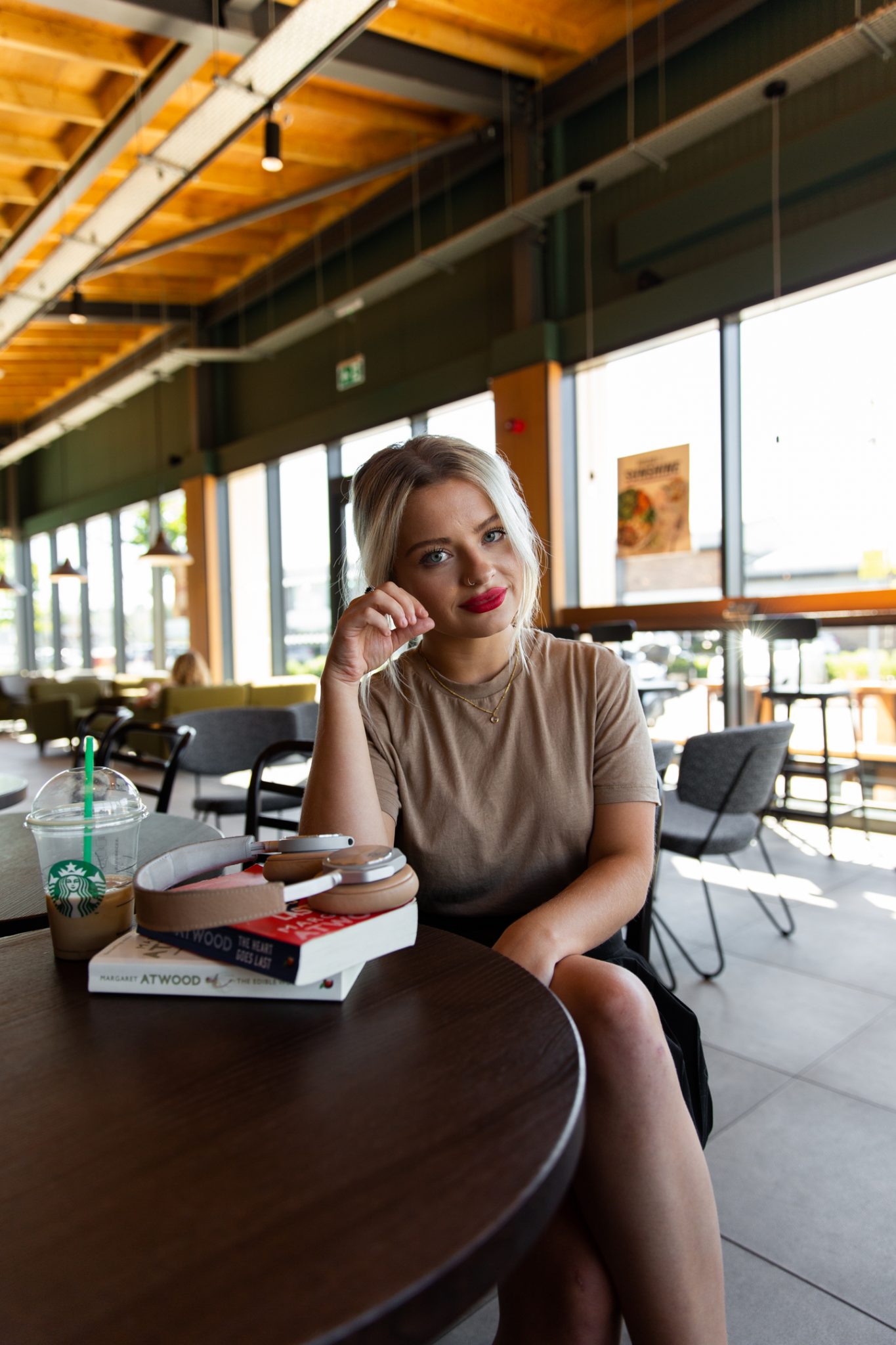 What To Read, Eat and Listen To: July 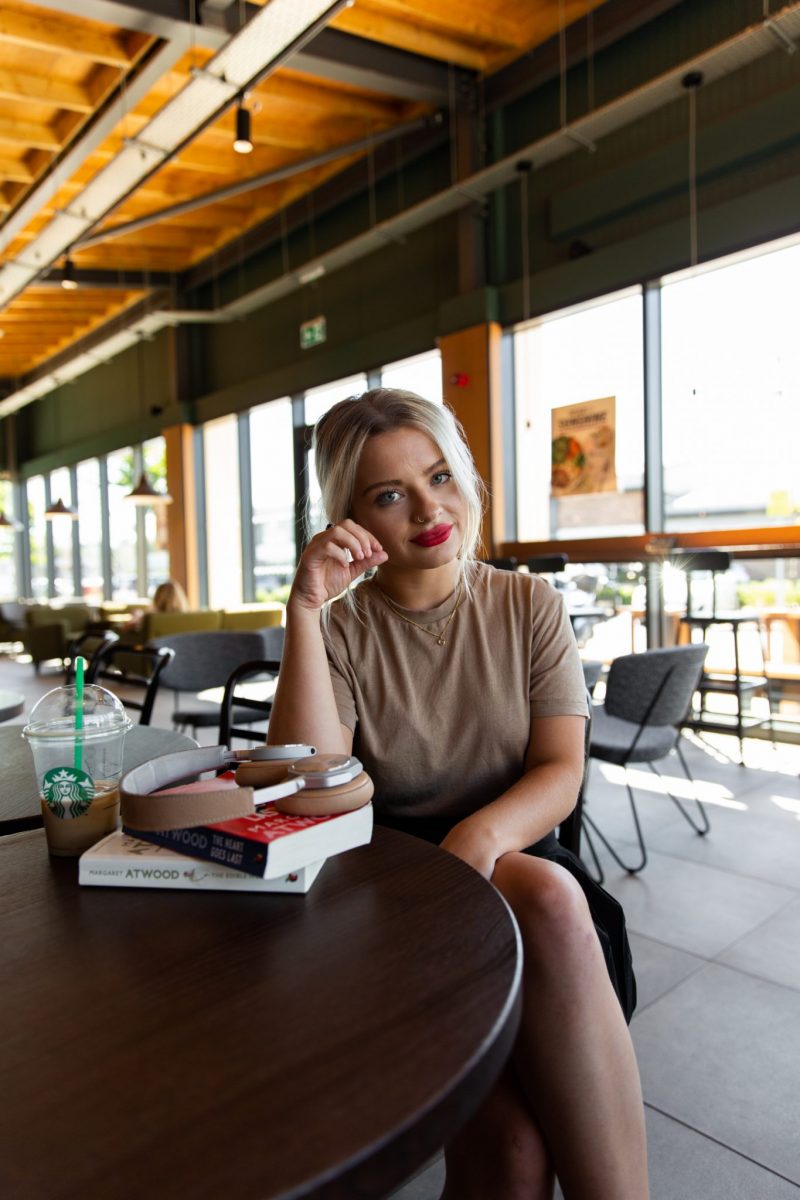 You may notice that we have a new addition in the title from June’s monthly round-up - that’s right, we’re talking FOOD. I wanted to include food in last month’s post but I hadn’t taken any snaps at the places I’d eaten in, and I’ll admit that this time around, when the plates were before me, I forfeited my camera for a few quick iPhone shots just so I could eat quicker (this is why I’ll never make it as a food blogger - my appetite for IRL food is much bigger than my appetite for content).

Last month’s post was the first in the series, and after pushing it live, I’ve felt galvanised to read more and keep adding to my Spotify Playlist. (The playlist is called Bougie Queen Chill and you can follow it here, if you don’t already. I’ll also be pulling together an Apple Music playlist for those of you who obviously enjoy being part of a satanic cult and for some reason won’t embrace the wonders of Spotify.) I’ve worked my way through two books and the beginning of a third, which, for someone who previously wasn’t reading any books at all and is trying to juggle two jobs, feels like pretty good going. I’ve fallen back in love with the peace and process of reading, too; I feel like I’m ageing against my will, but if I’m not hungover come Saturday and Sunday morning, I love pulling up a chair in the garden with a cup of rosy lee and gorging myself on words and phrases and thoughts and pages. So much of my work is being in contact with people all day long, so it’s fulfilling to have those moments of quiet. Who’da thunk it, huh? Books - actually good for something!

Anyway, I hope you enjoy this month’s post and make sure you let me know what you’ve been reading, eating and listening to too. Suggestions are always welcome (unless they include Mamma Mia, DJ Khaled or olives, in which case you can ~ get lost ~). 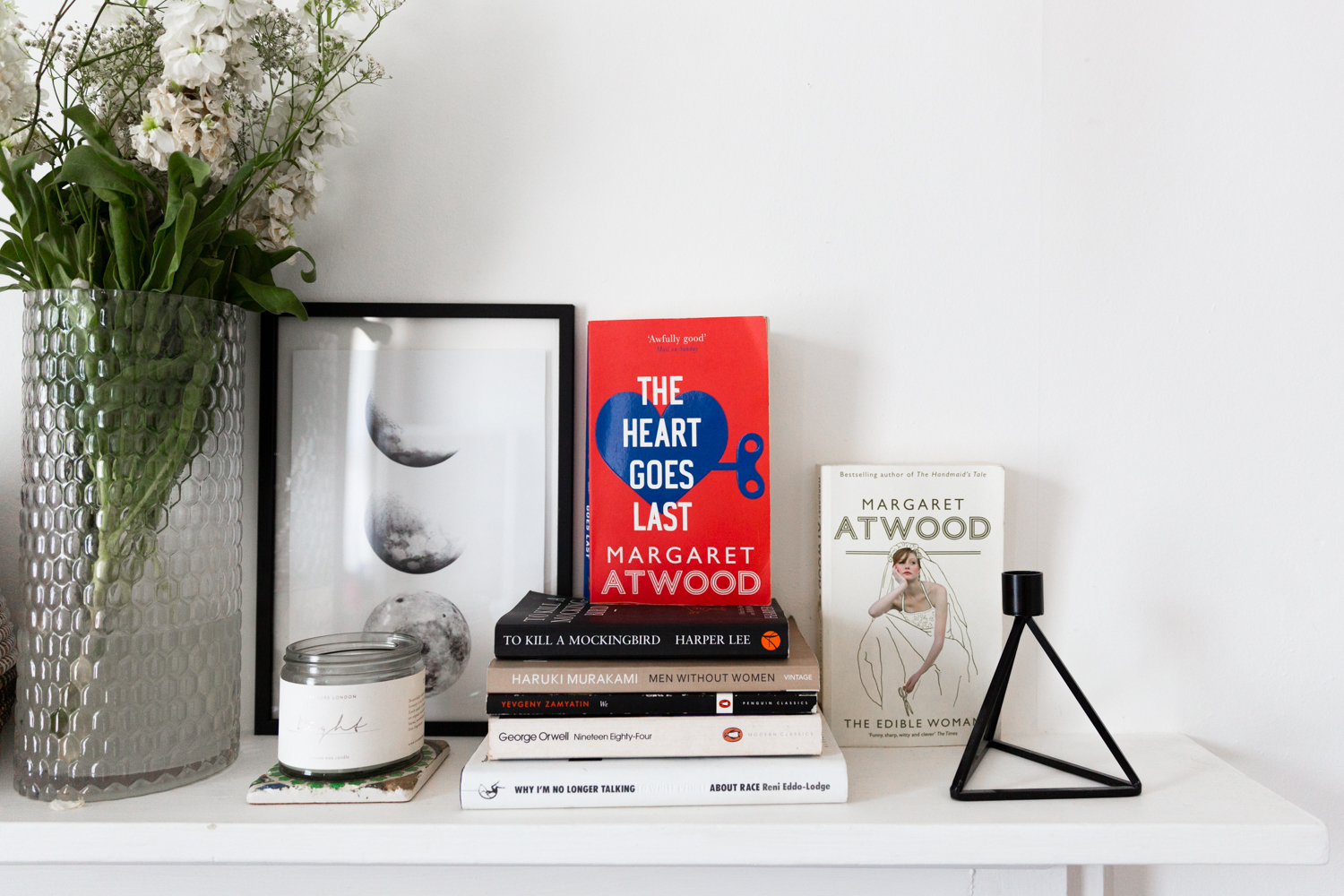 What To Read: Margaret Atwood’s ‘The Heart Goes Last’ and ‘The Edible Woman’

My first introduction to Margaret Atwood is predictably banal: I studied The Handmaid’s Tale as part of my English Literature A Level when I was 17. Loved it, of course - anything with even a whisper of feminism in I've been ferociously defending from the moment I popped out of the womb. I’ve reread The Handmaid’s Tale twice since, and though with a memory like mine a lot of the detail is lost to the ether, it still stands as one of my most loved and most recommended books of all time. Of course I still refuse to watch the TV show, because we all know the book is ~ always ~ better.

Loving THT as much as I do, I had high hopes for The Heart Goes Last. I’m certainly not qualified to criticise Atwood in any way, but to me, The Heart Goes Last felt like a novel which didn’t really know what it was. It started ominous, with the two main characters signing themselves up for the ‘Positon Project’ in order to escape living in their car amidst social and economic collapse, but towards the end things just got kinda out of place weird. The premise of the story is simple: you spend one month living in the home that is provided to you, complete with a job and a scooter and an allowance to redeem on personal items, and you spend the second month in prison, swapping places with the counterparts that then go and inhabit your - their - house. The project is intended to be a self-sufficient safety net in a protected community from which you can never leave.

Of course things go tits up, but towards the second half of the book there’s almost an element of black comedy to what I felt was going to be a largely dystopian novel. Sometimes it’s funny, sometimes it doesn’t work so well, and sometimes it’s just bizarre as fuck. I did find it to be an enjoyable read though, and having subsequently scoured the internet for reviews and found so many people feeling less than impressed, I have to admit that I feel a black sheep fondness towards it. It wasn’t the life-changing journey that The Handmaid’s Tale was, but it was weird and kind of disjointed and had a lot of sex and a few scares, and for that I liked it.

Having been published in 2015, The Heart Goes Last is one of Atwood’s latest books. I decided, then, to wind back the clock for my second Atwood choice, and opted for the 1969 The Edible Woman. It proved to be very different. Split into three parts (the first and final part in the first person, and the meatier, second part played out in the third - the student inside me loves shit like this), we follow Marian as she gets engaged and waits to be married. On the surface, you would describe her as content; she has an okay job, an okay flat, okay flatmates and some okay friends. Then there is her decidedly okay fiancée, who she is excited to spend the rest of her life mixing drinks for and accompanying to fancy dinners in which her conversational input is entirely unnecessary. Although of course she isn't actually excited, and the whole affair of engagement and marriage sort of happens to her whilst she blunders through the next few months, indirectly revealing to the reader the desperately poor options available to young women in the late 60s/70s.

The Edible Woman was much more of a slow-burner for me in comparison to the other two Atwood novels that I’ve read, but even now, almost 50 years since its publishing, I can recognise myself in Marian. So much has changed in the landscape for young women and we’re no longer limited to wife and mother (after Marian gets engaged, her boss assumes she will become a housewife, and so her resignation is initiated without even so much as a ‘Cya, wouldn’t wanna be ya’), but there’s something about ‘wife-dom’ that is still slightly terrifying for me. A quiet, clever story with flecks of humour that are unmistakably Atwood. 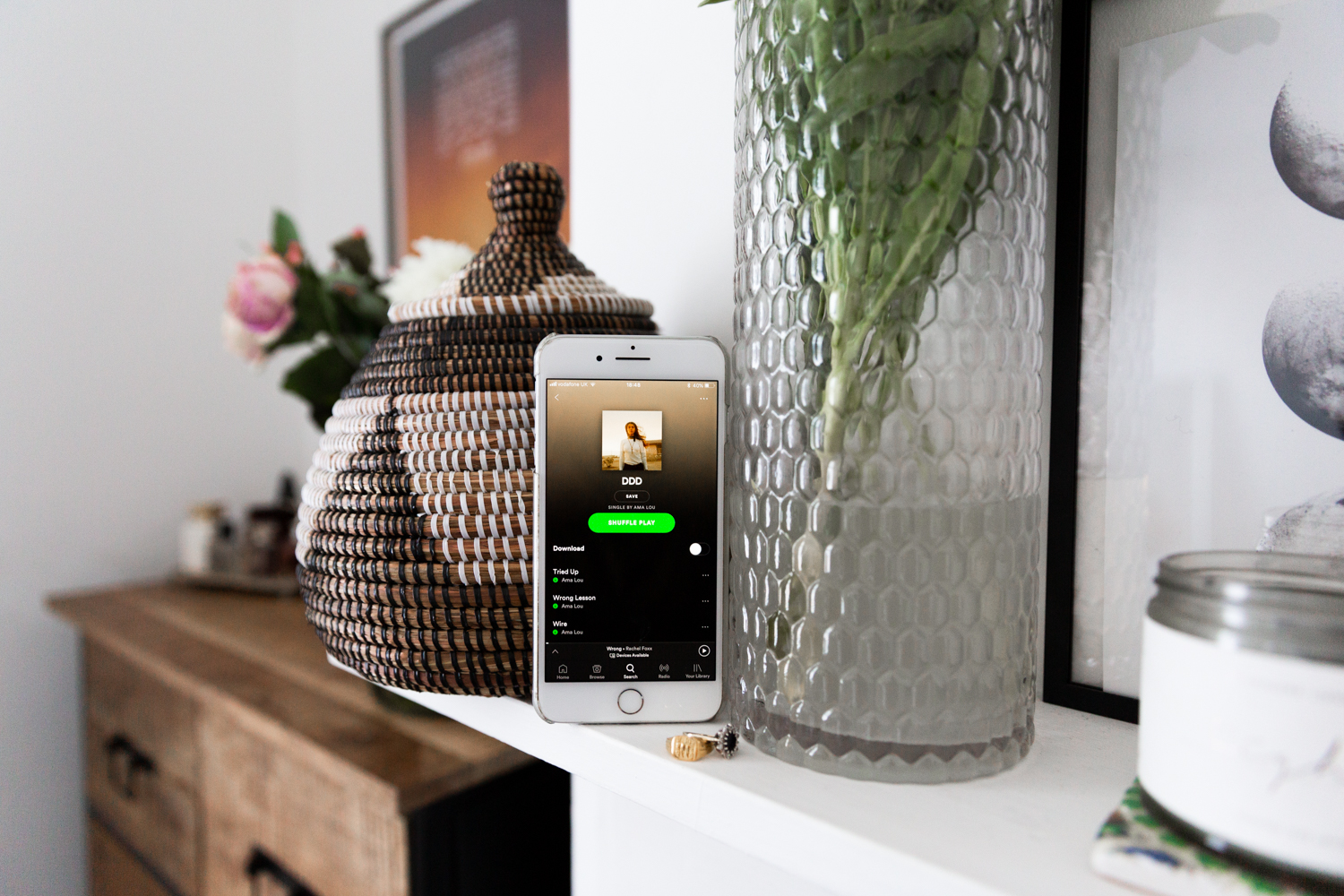 What To Listen To: Ama Lou

My music find for the month is undoubtedly Ama Lou. I stumbled across her on YouTube, of all places (although saying that, the Colours YouTube channel is basically where I pinch all of my new music finds from), and since then I’ve had the three singles from her latest EP ‘DDD’ on repeat. Hailing from London, there’s a maturity and depth to her voice that instantly catches the ear, and which plays out in husky, soulful clarity regardless of tempo. Aside from the unique tone, Ama Lou is a creative ~ force ~ to be reckoned with. She writes and produces all of her music, and collaborates with her sister Mahalia on composing beautiful accompanying visuals and videos, which is a unity of womanhood that I am absolutely 100% here for . Particularly impressive is the video for ‘DDD’ (Dawn, Day, Dusk), a triptych tale incorporating all three songs which sees the viewer being taken through a day in the life of an LA crime younger. Give her a listen and let me know what you think. 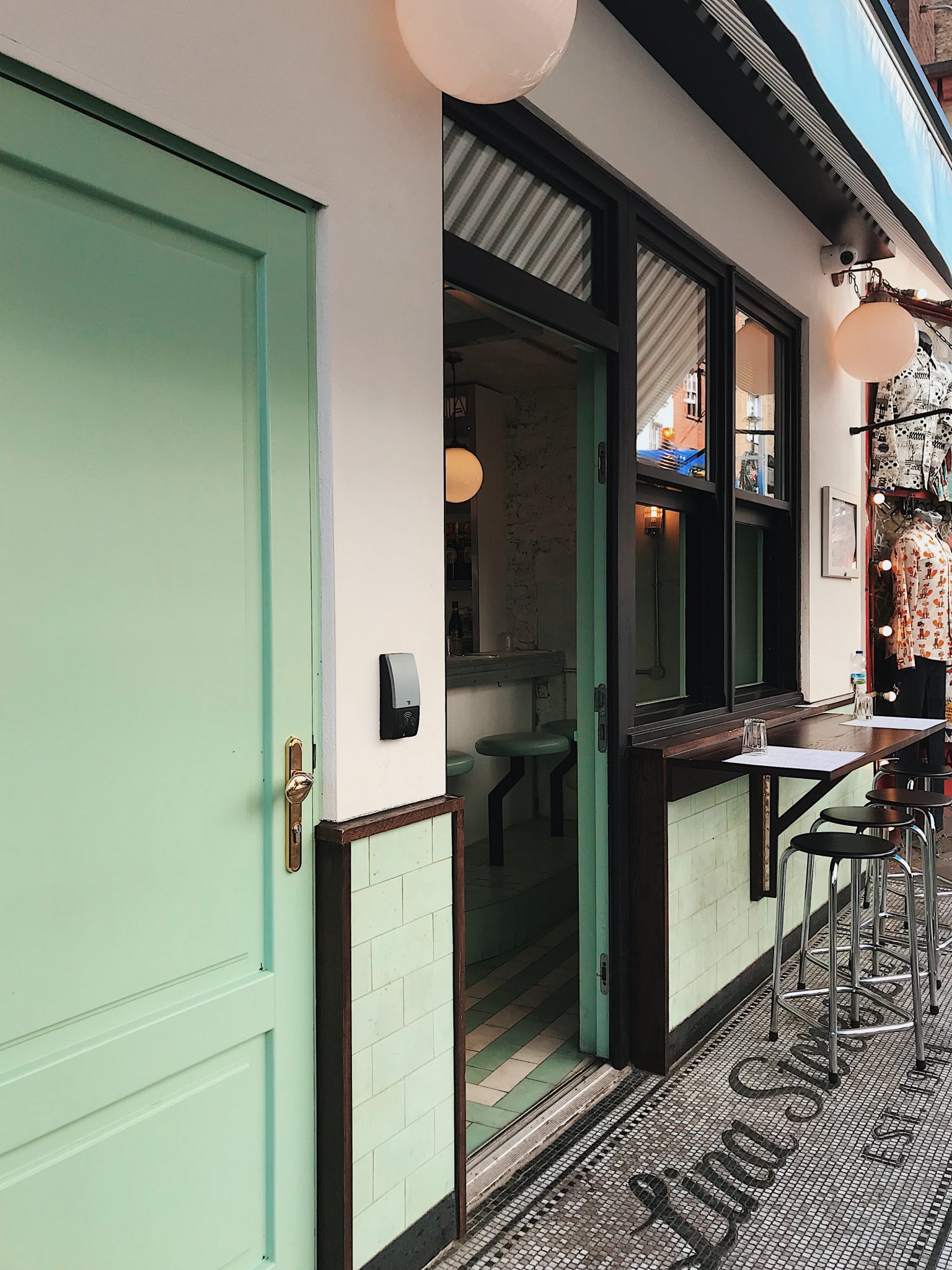 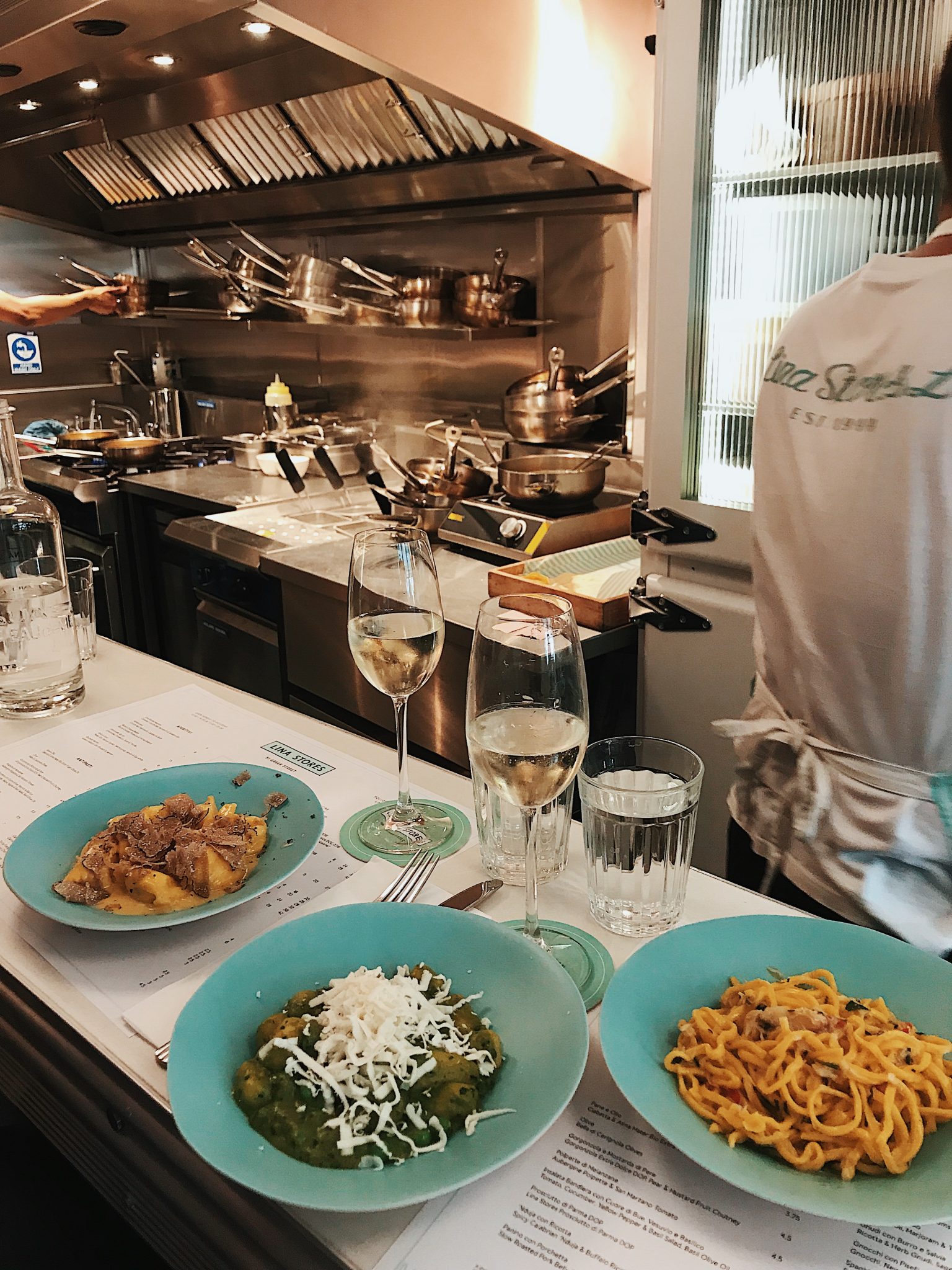 What To Eat: Lina Stores

After two weeks spent in Italy in June, you’d think my pasta cravings would be well and truly satiated for the foreseeable future. Well EGHHHHH (that’s a buzzer sound, by the way) - incorrect. In my mind, there isn’t a time or place where pasta isn’t a good idea, and that’s why my gal Ellena and I headed to Lina Stores for an impromptu dinner one evening for prattle and prosecco.

If I’m in London and I have an evening to spare after meetings or freelance work, then I do my best to book Ellena in for an evening of carb-indulgence and excessive cocktail drinking; we usually head to an Honest Burger or Wahaca just because the prices are affordable and it’s easy to grab a last minute table, but having seen Kate Lavie giving Lina Stores the thumbs up, I decided to book ahead for something a little more bougie.

The interior space is super snug, with a gathering of stools around the bar (where we sat) and a downstairs area boasting 10 or so more tables. Decoration wise, think exposed white brick and minty green accents, with the real attraction (if you’re seated upstairs), being the chefs preparing the food right before your eyes. We opted for gnocchi, spaghetti and agnolotti dishes and shared all over a glass of prosecco. It was a little pricier than your average chain, but well worth a visit (although if you’re a big eater like Keiran, you might want to go somewhere where you can get more bang for your buck!) - just be sure to book ahead!

« How I Really Feel About My University Experience
Am I Having Enough Fun? Because I’m Worried I’m Not »