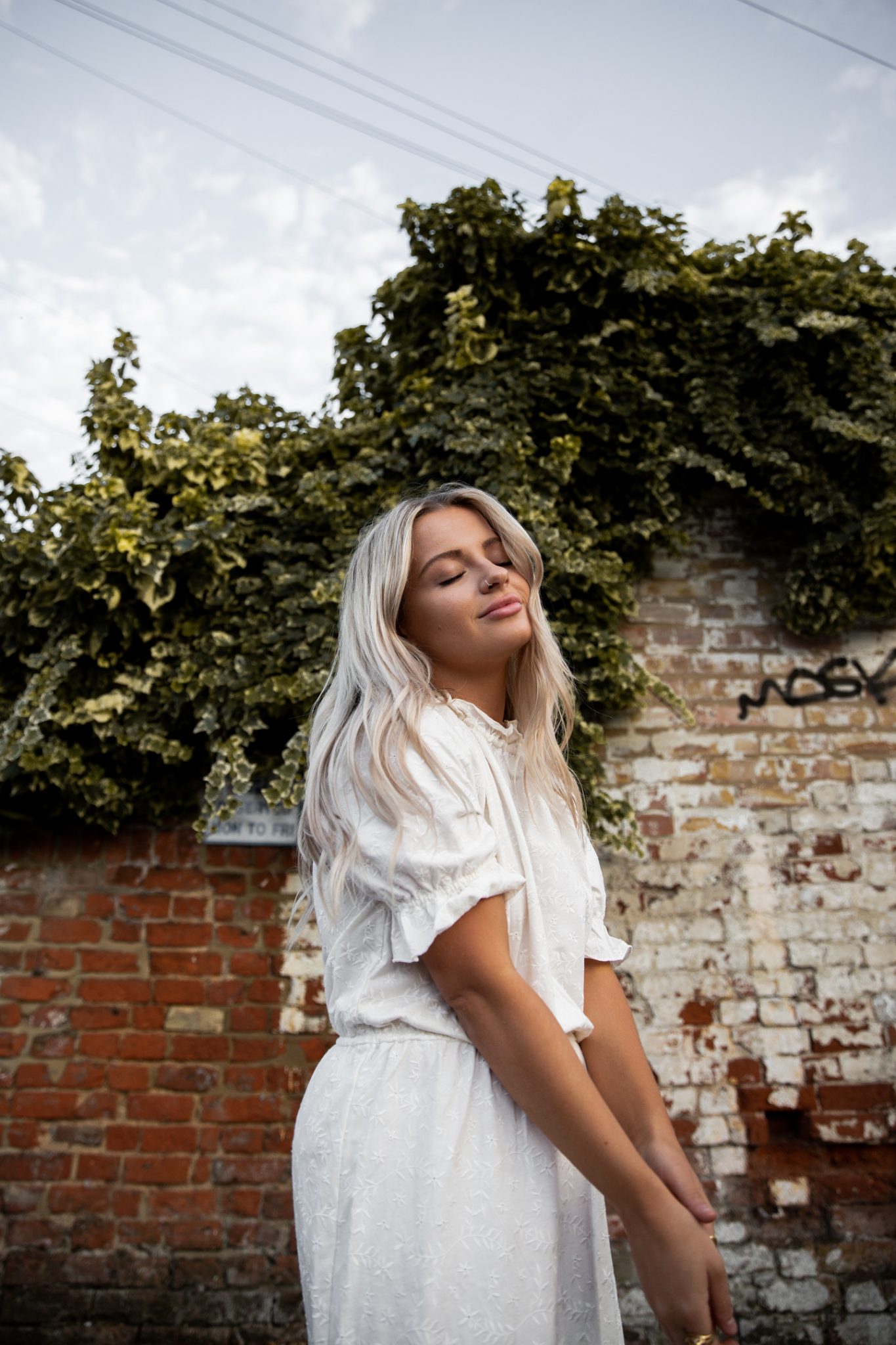 How I Really Feel About My University Experience 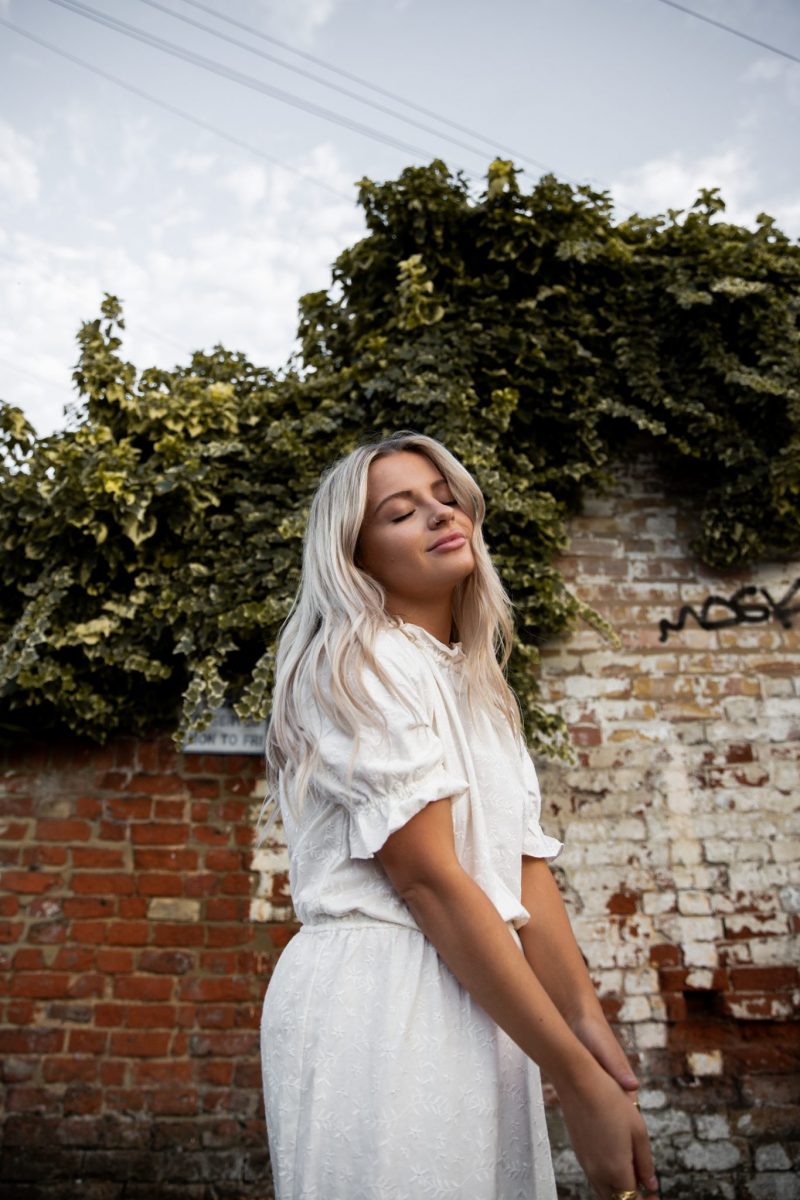 My university experience started off in a less than ideal way.

Ever since Open Days became a realistic possibility, I found myself lining up schedules as to which talks I’d attend and when, which halls I was most interested in seeing and of course, which societies I was sure I would join but absolutely never did. Ultimately I had my heart set on the University of Bristol, and when I somehow scraped the grades and logged into my UCAS account to see I’d been accepted, I melted. I rang my Mum crying, ran laps of my house in glee and started forming the prediction of my perfect university experience in my mind. I was ready for the best three years of my life, complete with booze-fuelled regrets and hey, a little learning couldn’t hurt.

When September rolled around, off I went. I moved into my hideously over-priced en suite room and met my flatmates, all of which were lovely but very different. I did a lot of the Fresher’s Week crap, buoyed by Pro Plus and caffeine, and even, for some unbeknownst reason, put myself forward for PR Rep for our halls. I got voted in, but all I ended up doing was creating posters on Photoshop because - guess what? - turns out I hated Bristol uni.

The blame for my slightly shitty first year experience can be fairly attributed partly to myself, and partly to my environment. I did the thing which every sensible person tells you not to: I got a boyfriend about two weeks before I left for university. To make matters even more intense, he was my first love and my first relationship, so you know, long distance wasn’t exactly something we were game for. I missed him like crazy and the long, lingering weekends that you’d expect yourself to fill with blossoming friendships and communal hangovers were instead spent on a 4 hour train up to Sheffield where I could enjoy consistent dick and £1 pints. 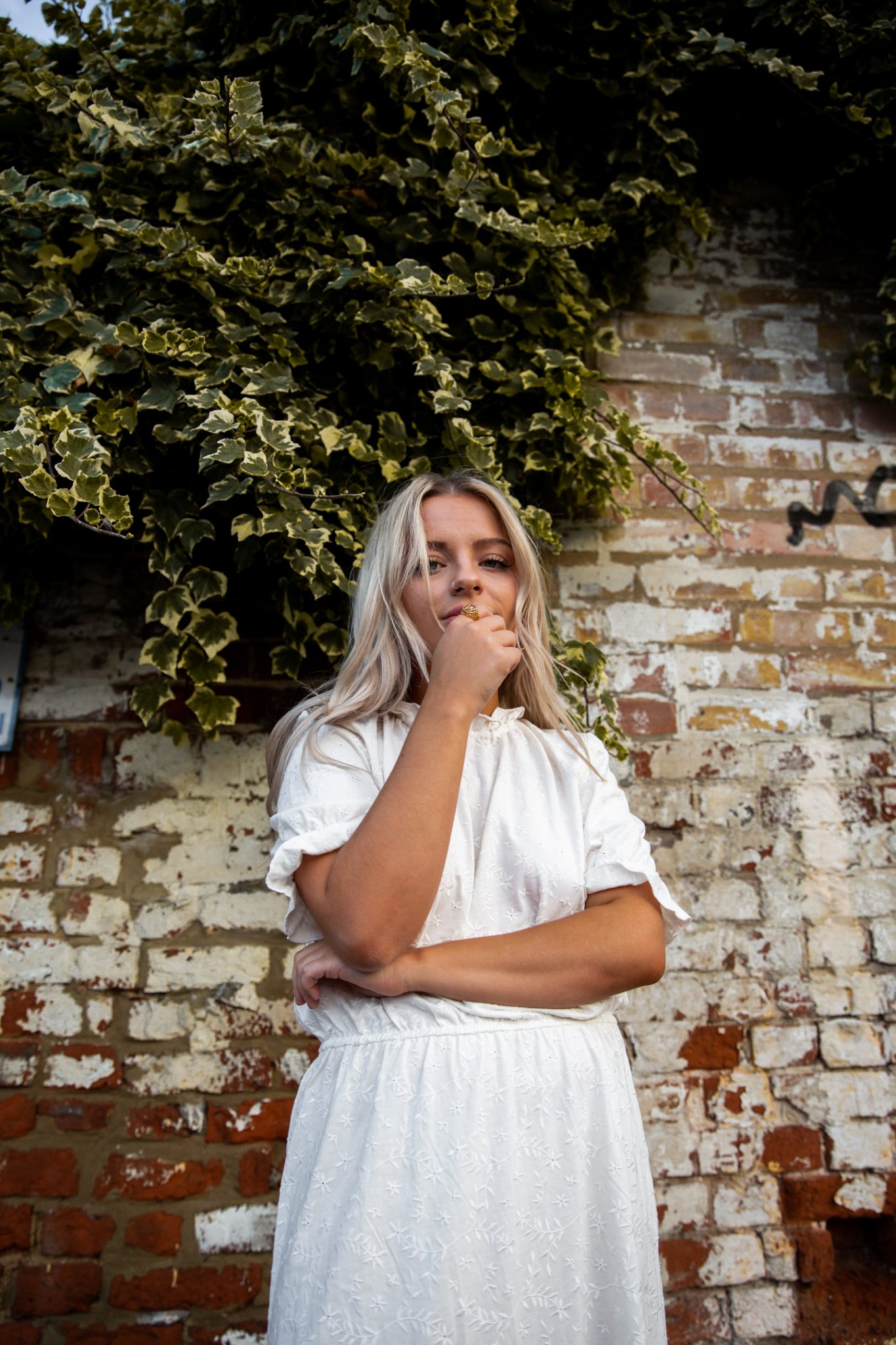 My living arrangements didn’t exactly help, either. My room was pretty dingy, Bristol was quite expensive and I didn’t make any proper friends. It was a catch 22 situation: I didn’t have any friends because I was constantly carting myself off to see my best mate in Winchester or my boyfriend up North, and I didn’t want to stay in Bristol because I didn’t have any friends. At the core of it I found it really difficult to acclimatise; I came directly from a council house as part of a single parent, working class family, and the majority of my fellow students were all the product of private schools and gap yaaaahhsss. These were people whose families were able to take a year out of work just because, and there I was, stocked up on value noodles and contemplating how the fuck I would find a job to sustain myself over summer. They were all lovely people (bar a few, lol) and the difference in background wasn’t a barrier to friendships forming, but our experiences thus far had been very different and I found myself feeling a little alienated.

Long story short, I eventually quit. At the time I felt embarrassed and ashamed, but once the fog had cleared, I knew I had made the best decision I could make for myself. I waited out the summer break, and started my English Lit degree from square one at the University of East Anglia in Norwich.

Part of me quietly expected this fresh start to come complete with the university experience I’d always dreamed of. Maybe with a change of location, I’d finally dive head first into the Fresher’s funfair and not hit my head on the concrete at the bottom of the pool. Maybe this would finally be the Skins-esque shitshow that I’d always imagined, and I’d start wearing vintage jackets and watching obscure indie bands at badly lit bargain bars. Maybe I’d even - *gasp* - make some friends!

The other part of me, however, had been weathered by the storm. Much like your second relationship is always more considered and sensible than your first, I knew to take my hopeful expectations with a pinch of salt. University isn’t always what you expect it to be, as I’d found out already, so I tried to keep my outlook at an unassuming comfortability, kind of like that glazed-over afterglow you feel as a result of a heavy weekend. 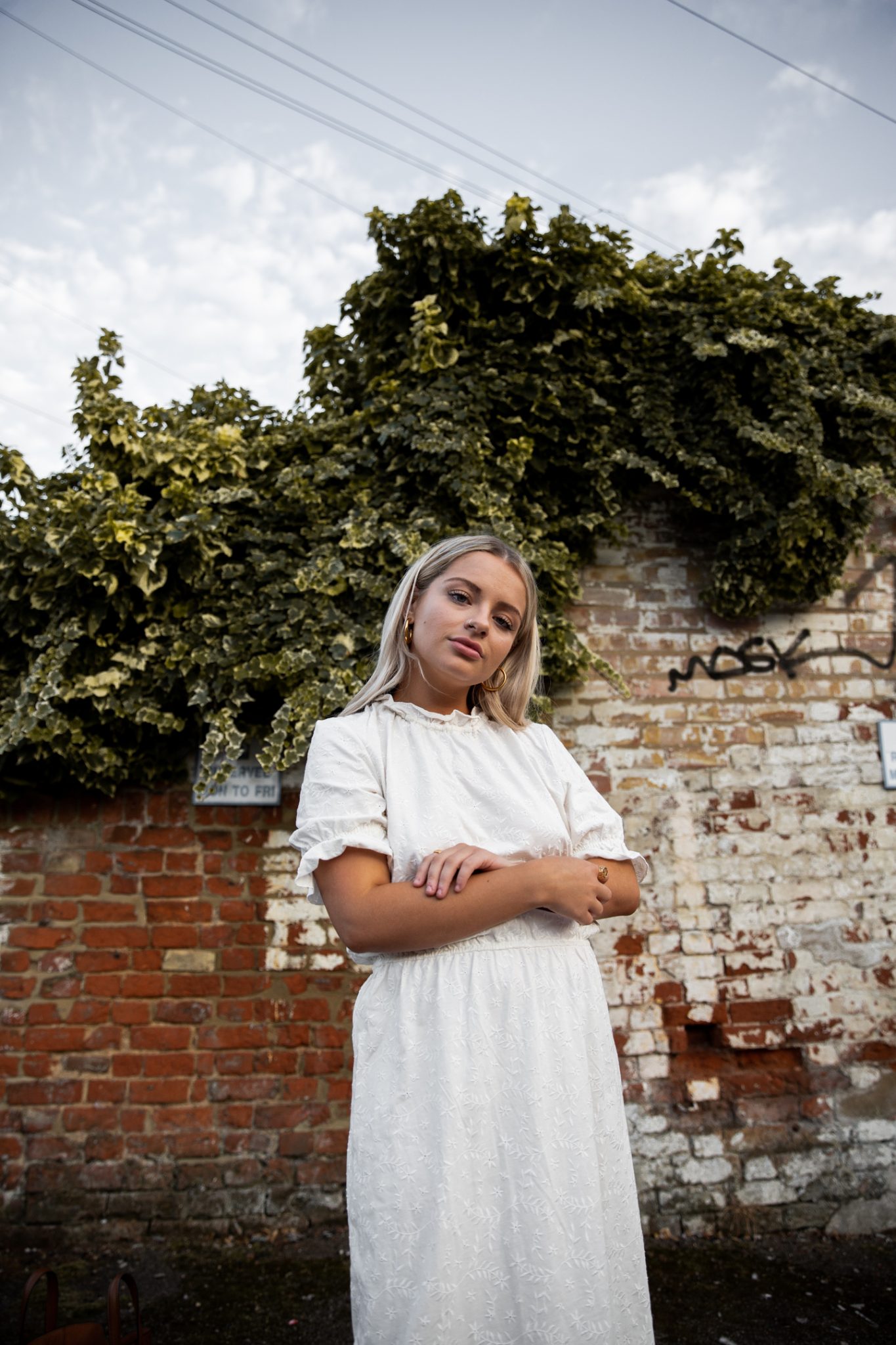 September rolled around, and again I transferred the contents of my life from one bedroom to another. This time I was in a flat of 14 - a mixture of boys and girls in shared and private rooms, with two bathrooms and one consistently untidy kitchen shared between us. I’m still Facebook friends with a few of my flatmates (cue a pause from writing as I indulge in a couple minutes of snooping), but the only person I’m still in contact with is one of my best best friends, Ellena.

We met on our first evening there, at an icebreaker event in the student union. We were both studying English Literature so we joined up the next day for some of the obligatory introductory talks, and that was that; we ended up studying and living together over the next three years, occasionally making it out to the sticky floors of local night-club Mantra but mostly drinking wine at home and watching trash shows like Dating Naked. If I ticked any of the stereotypical university boxes throughout my experience, then making at least one best friend for life was one of them.

Apart from that, however, the whole thing was very run-of-the-mill. It was an in and out job; get in, do as much as I needed to, try and at least get a first on my dissertation and then leave with a degree in hand. Despite eyeing up all of the available societies in the biggest hall the university could muster, I didn’t join a single club or ‘collective’ throughout the entirety of my stay. I did sign up for a yoga class, but I just allowed my inbox to be peppered with meetings times and newsletters without actually attending a single session. In fact, I still receive emails for a magic society I signed up for in Bristol - I wonder if there’s time to dust off my rabbit and top hat yet?

University, for me, was just okay. It wasn’t the heady rite of passage I’d hoped for, but once I’d moved and found someone who also wanted to browse ASOS New In and drink three reasonably priced Union coffees a day, it wasn’t awful either. I have a few funny stories in my back pocket, a best friend and a degree, so I left feeling contented. I’d ticked a box, and I was on to the next thing (a jerb!).

The whole experience is often painted to be a potent baptism into adult life, but in reality, it can be pretty ordinary. I love getting pissed and I love misbehaving, but do I want to dress up in a bin bag and have a hoard of football lad lad lads accidentally-on-purpose spill beer over my tits? Not really. Equally, do I want to spend however many hours of my life working through a group project with a bunch of randoms who are a million times more enthusiastic than me, and who, I know, are wondering why the fuck I decided to study English Lit in the first place? I’ll let you guess the answer.

I just wasn’t really invested in the “experience” on any level; I turned up to what I absolutely had to (and honestly, towards the end I didn’t even turn up at all) and I got shit done, and at the end of the day, I went back to our cute little uni house and watched Bob’s Burgers. Doing what I do now, I sometimes wonder if I’d even bother studying for my degree again (the £50k+ debt hanging over my head often sways me in the direction of ‘na’); being taught how to think is an invaluable skill, but I don’t think university is the only place that can happen, and because my degree isn’t practical in the sense that engineering or chemistry is, it can feel a little redundant.

The point of me sharing my indifference towards my university experience is just to say: hey, if you aren’t that arsed about uni or it’s been and gone and it wasn’t the spiritual social extravaganza that you expected it to be, no worries. For some it’s the best few years of your life, and for others? Well, I didn’t even go to my own graduation. So long as you’re mildly happy and not completely miserable, then you do you. You can worry about the rest later.

« I Asked 5 Bloggers Which Outfits They Feel Most Themselves In – Here’s What They Said
What To Read, Eat and Listen To: July »