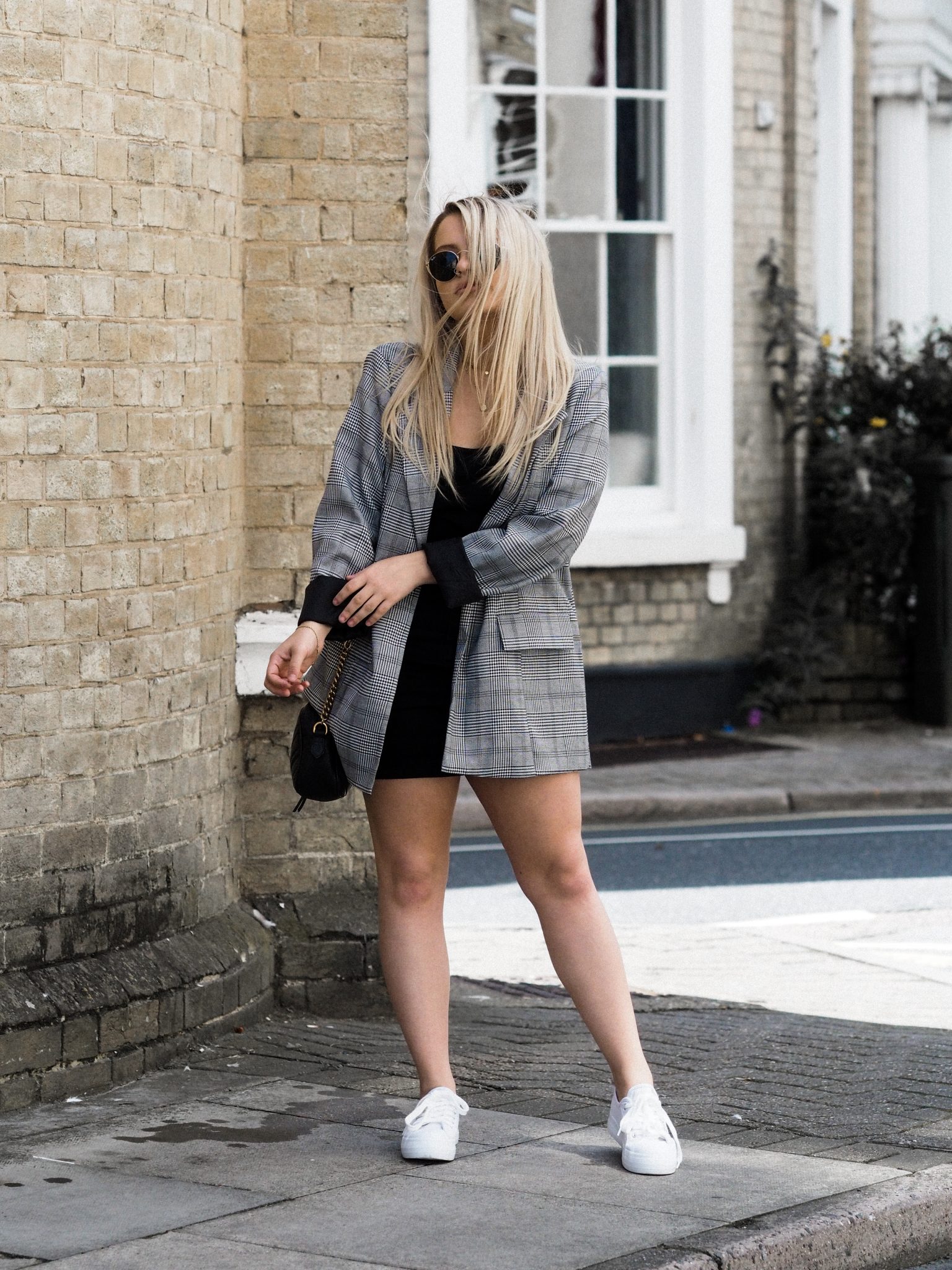 The Things I Wish I Knew Before My First Festival 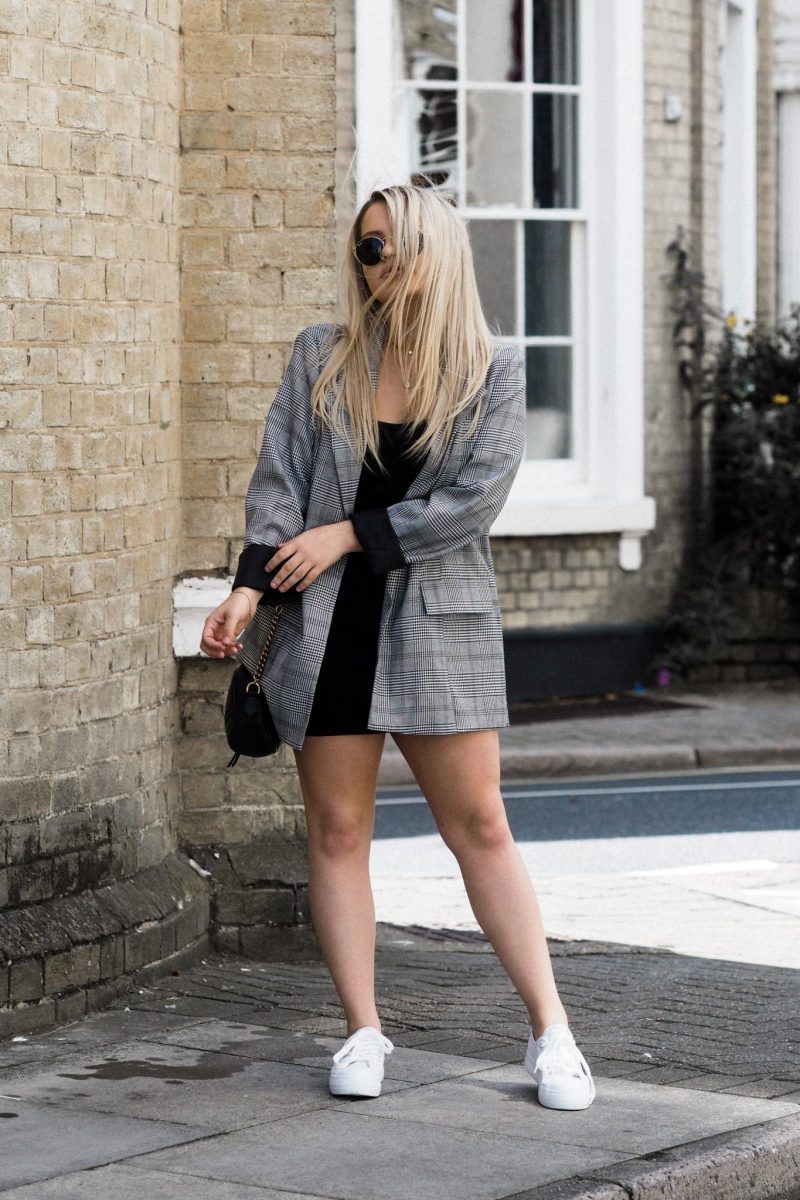 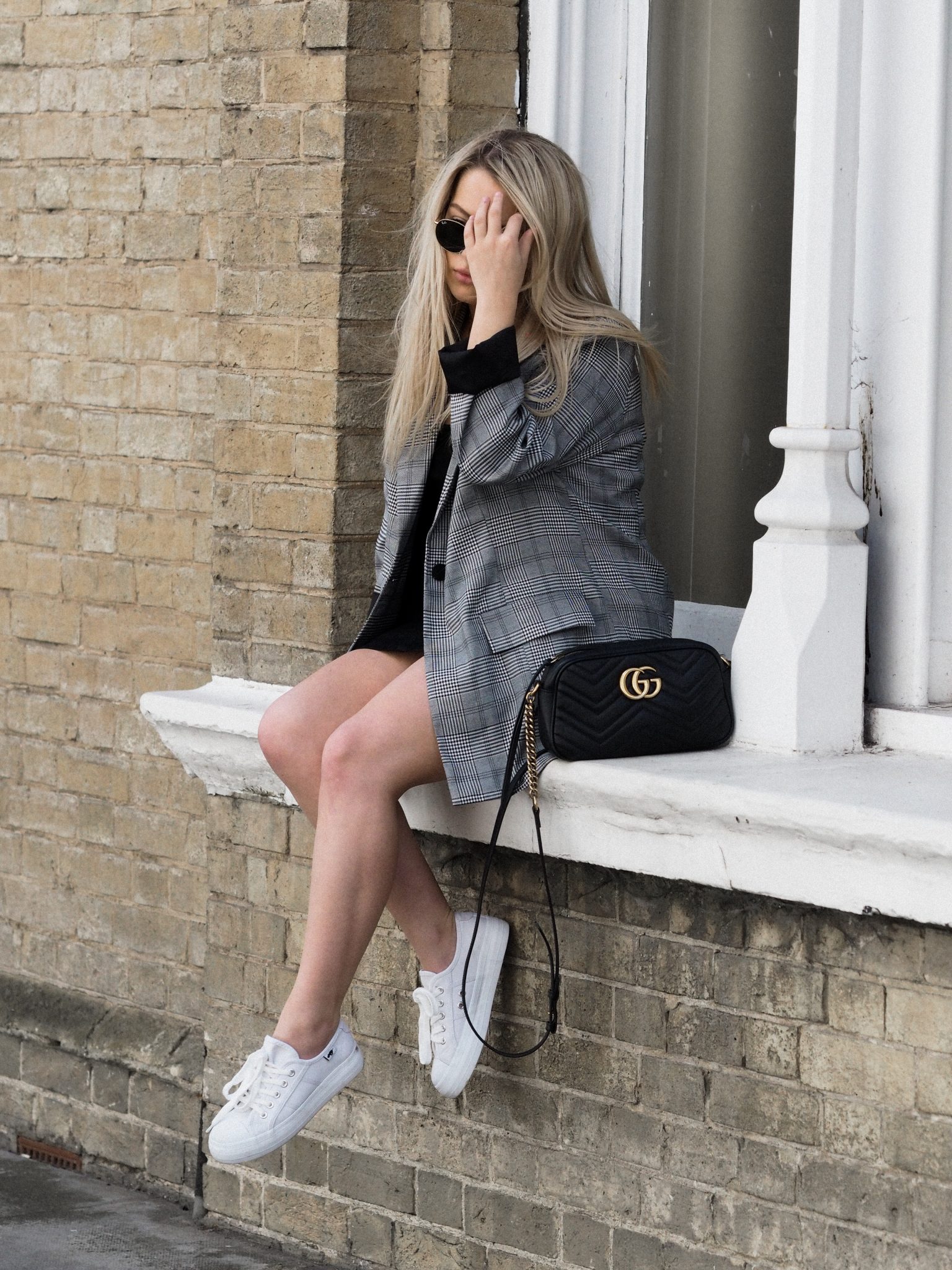 Alas, as we usher in the first days of September, we also sadly wave goodbye to the festival season of 2017. This year I managed to tick a few off of my list, including Parklife, Creamfields SteelYard, Community Fest, and Lovebox, which welcomed both my first live Frank Ocean experience and, consequently the best night of my life (such a young and carefree youth, am I). Nonetheless, it’s not all doom and gloom (at least not for me, anyway), as next week sees me making the journey down to Dorset for four days of frivolous fun at Bestival with Rocket Dog.

None of my festivals this year have been camping, but Bestival won’t be my first. Way back in the summer of 2011 I headed off to the sunny fields of Chelmsford for V Fest, St. Tropez’d to the high heavens and ready and armed with a heck load of alcopops.

For me and my equally as young companions, this was our first foray into the world of festivals, and we couldn’t have been more excited. We did a huge ASDA shop the day before, cramming our trolley full of picnic snacks, value sausages and portable BBQs, all of which we inevitably left in lieu of the highly overpriced but unavoidably appealing food carts. Looking back, we were probably prepared with all of the wrong things and totally naive as to what camping at a festival would actually be like.

Now, six years on (side note: when did time start flying by so quickly?) and preparing both practically and mentally for Bestival, I have a better idea of the bits and bobs that will be useful rather than ‘a good idea at the time’, and what little things to expect now I'm older and *cough* wiser. So let's take a trip down memory lane and allow me to revel in a little shameless self-indulgence, shall we?

This post was sponsored by Rocket Dog, but all imagery, wording and opinions are my own. 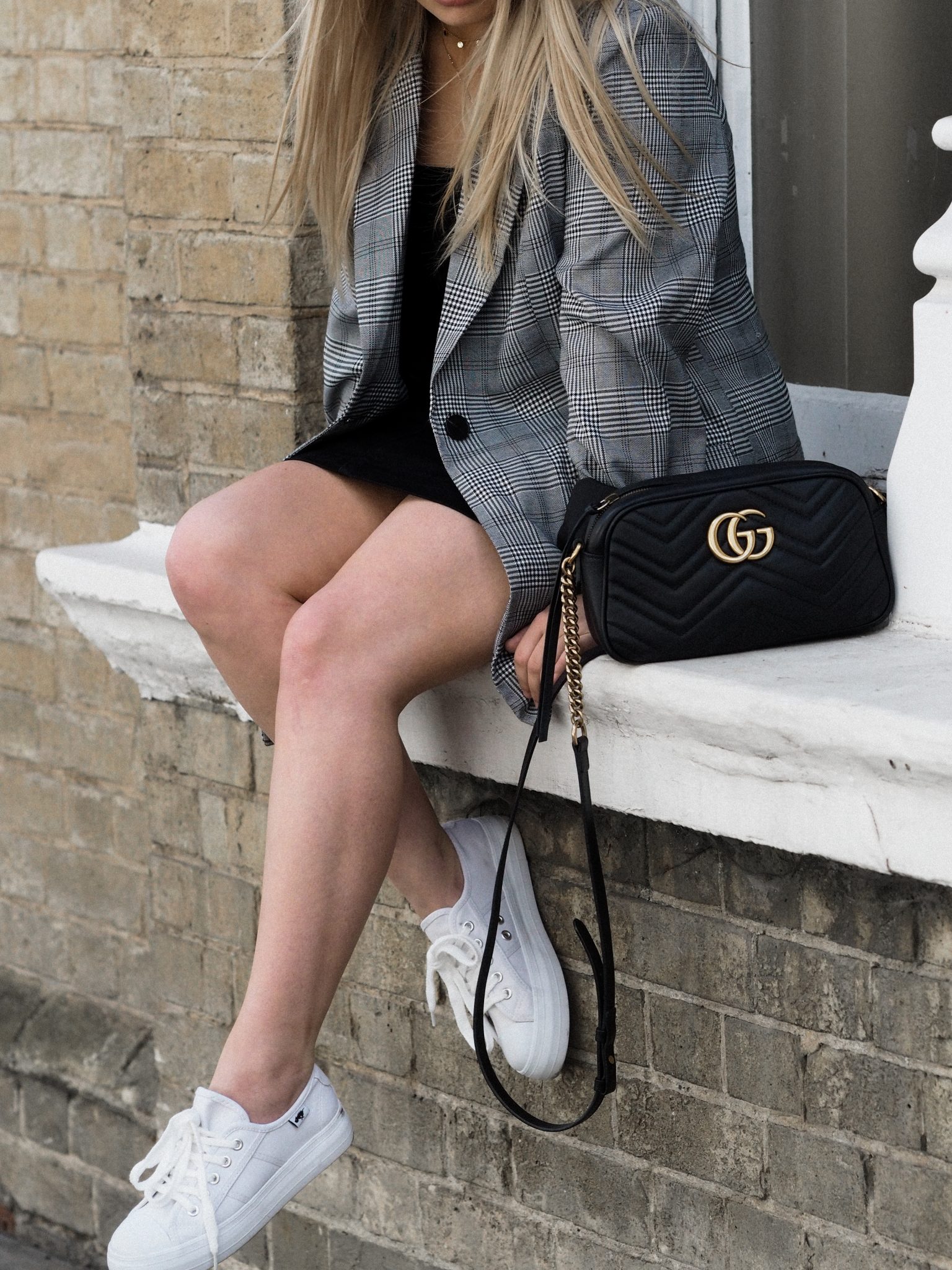 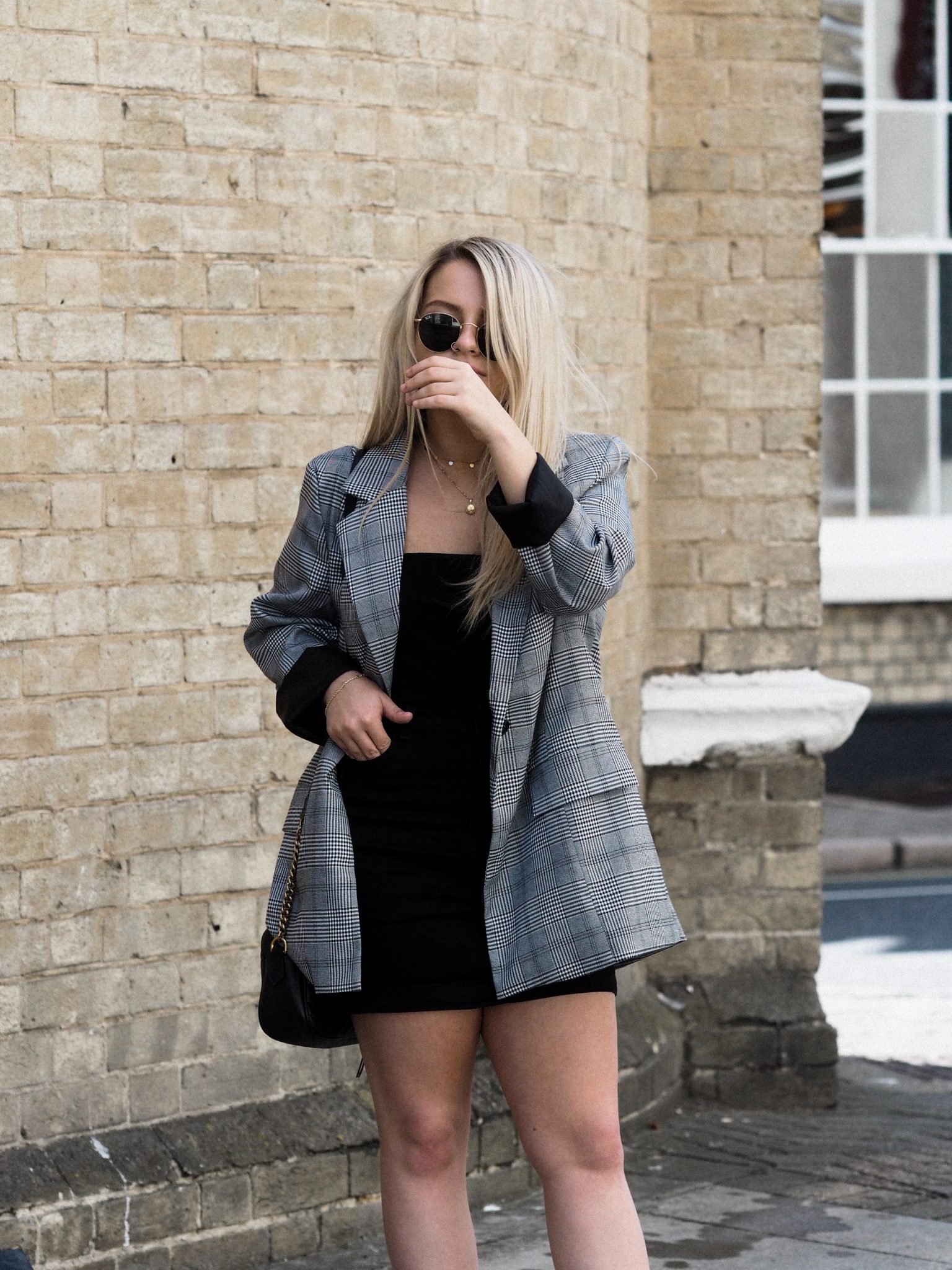 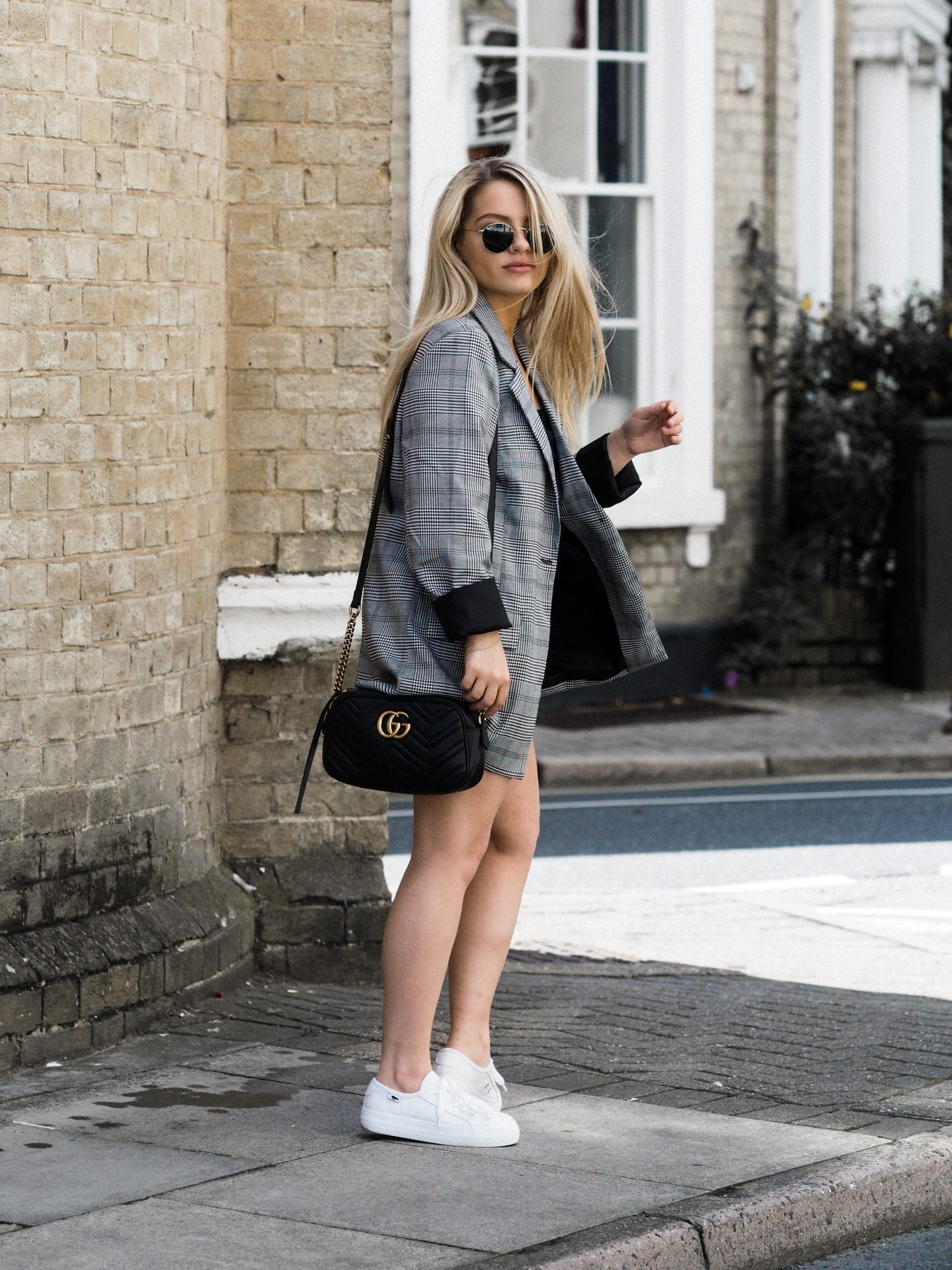 YOU DON'T NEED THAT

...but you do need toilet roll.

I can't count the amount of unnecessary stuff I took with me to V Festival, not least of all the 1000 different outfit options and a questionable amount of hairspray. In reality, I've always been a comfort dresser at heart so I ended up wearing pretty much the same t-shirt and short combinations throughout the whole weekend, leaving a lot of my portable wardrobe redundant. When it comes to festival ~ lewks ~, I'll happily dabble in a space bun or two (trying to act cool but I'm very much excited to do this to my hair next weekend), but I have to know that when I'm bopping from stage to stage and spending an hour queuing for a port-a-loo that I'll be at ease with what I'm wearing. Footwear that will keep you warm, dry and happy is also essential - depending on the weather, I'll either be rocking these Magic Trainers or the Rocket Dog Rainy Boots.

Speaking of port-a-loos, I wish I had a) been prepared for how truly gross festival toilets are, and b) took way, way, way more toilet roll with me. When you're not camping at a festival this can seem like a bit of a bizarre addition to your bumbag, but taking a small packet of portable tissues will be your saviour when you discover that, two hours after gates opening, every toilet is barren of Andrex. Not only that, you'll suddenly become to most popular person on the planet. And hey, a small packet of tissues has many uses. At Lovebox, a poor kid in front of us suddenly got a nosebleed and so I very generously donated half of my stash, just so he didn't end up looking like an extra from Casualty. Oh, and don't forget antibac, headtorches for midnight toilet trips, portable chargers, a lantern for your tent (I've nabbed one from Vango this year), towels if you're going to shower and a chair if you can afford it. Much better than sitting on Sainso's bags on the floor. 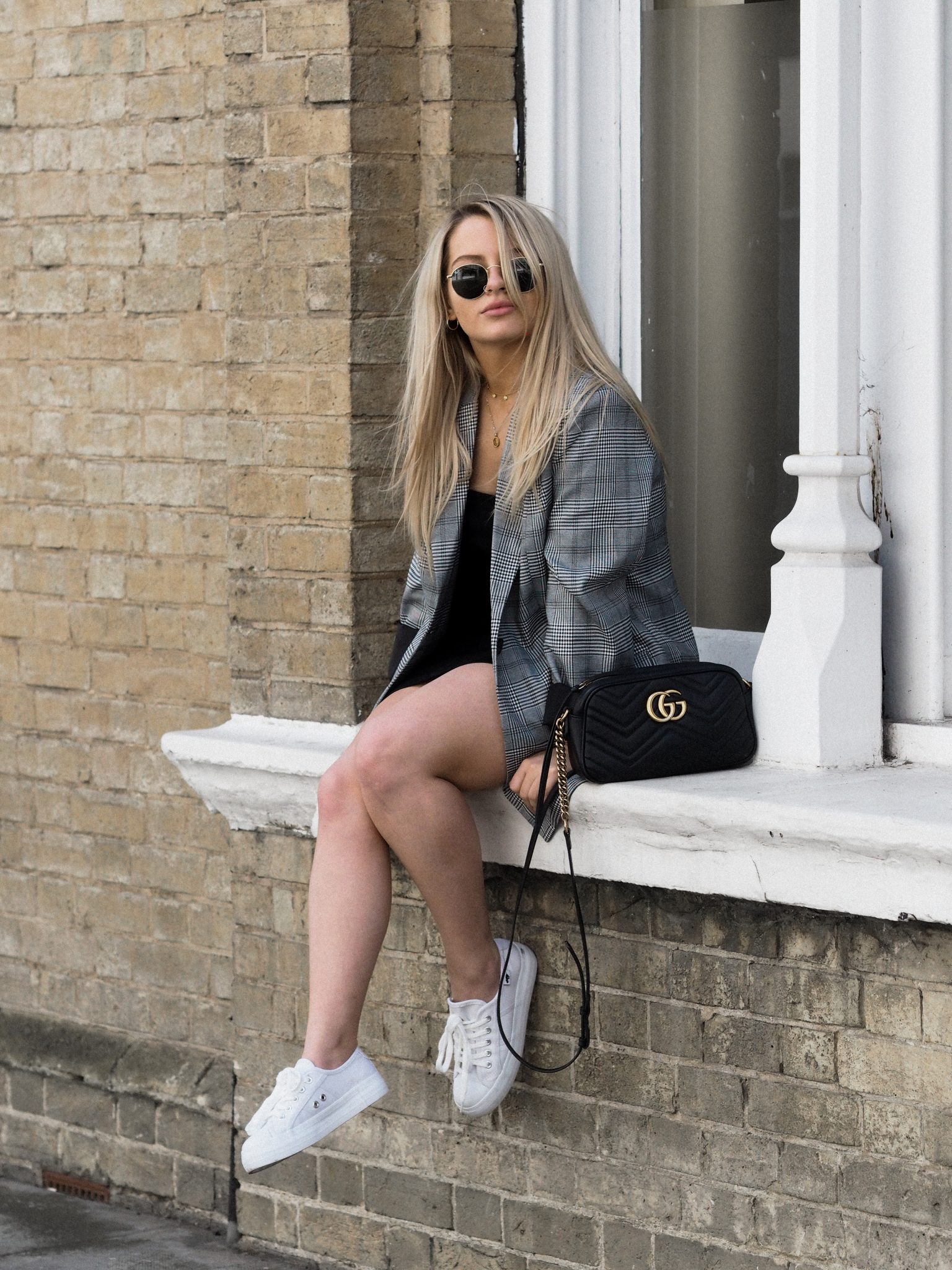 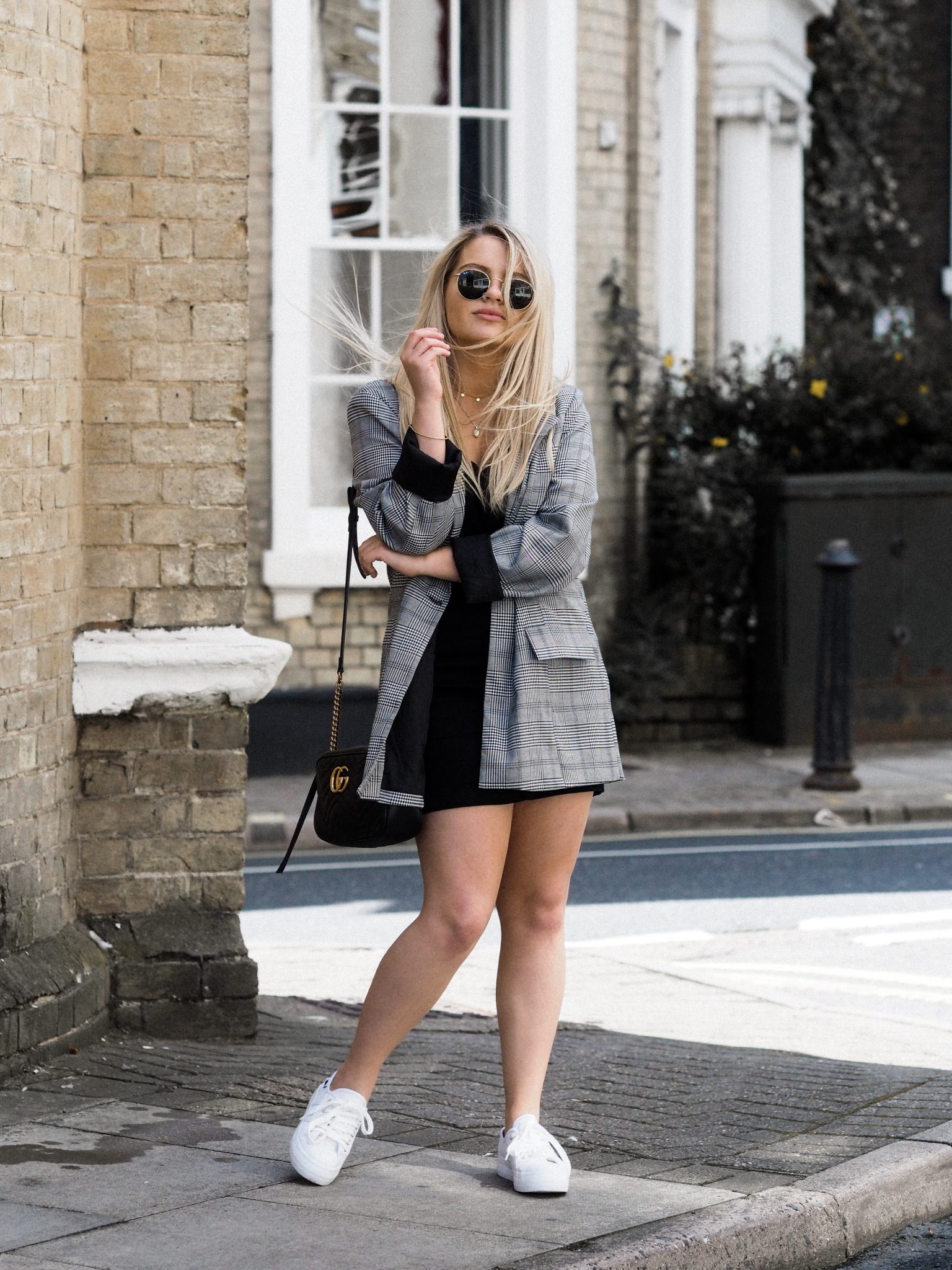 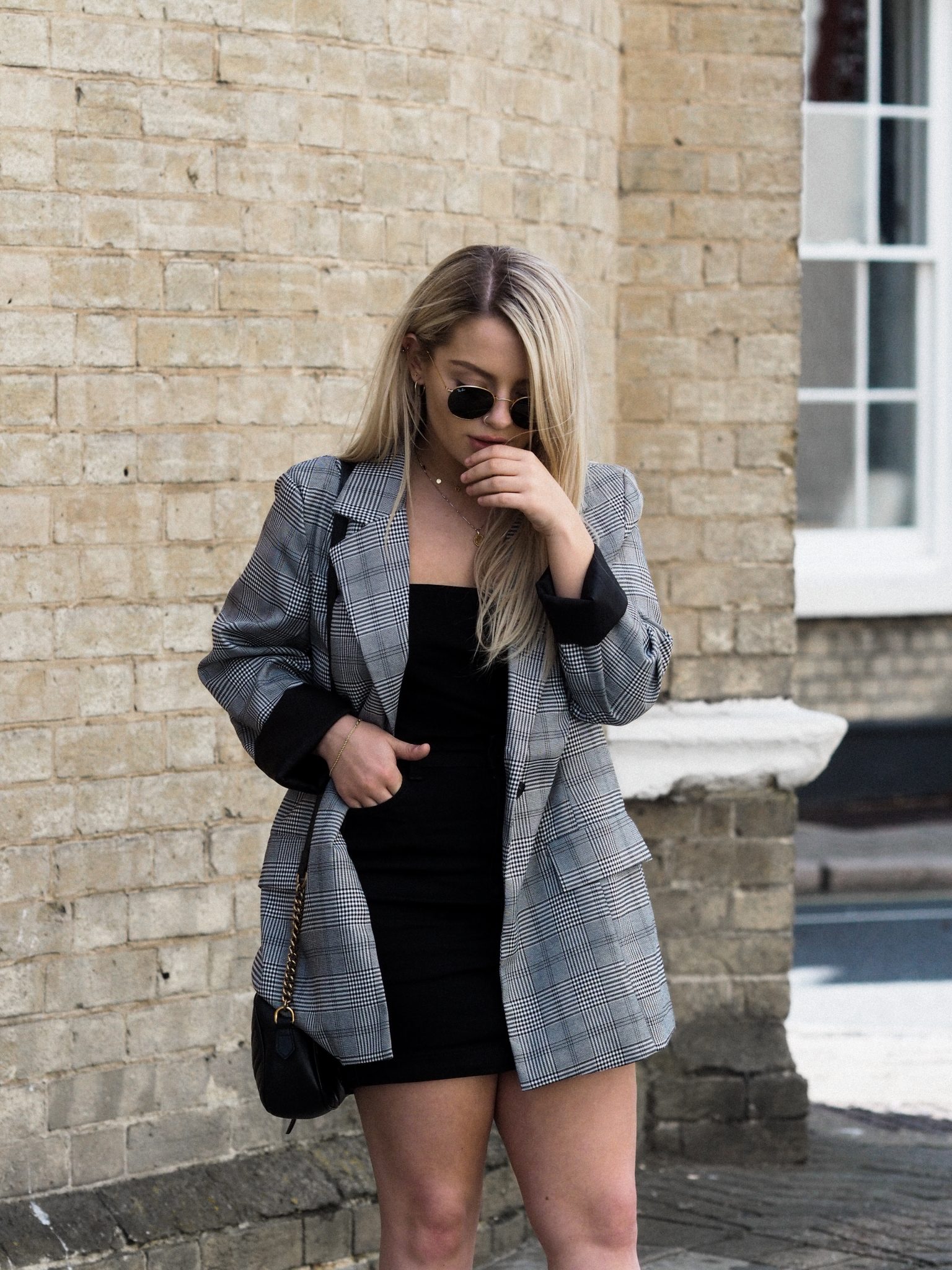 Phone signals and connections are notoriously bad at festivals, simply because there are thousands of people around you trying to call and text and update their Tinder search area all at the same time. That being said, phones are largely redundant for the most part, and should definitely not be used as a means to find your friends if you get separated. Festivals like Bestial erect extra masts during the event to boost the likelihood of picking up a connection, but even then you'd still be lucky.

On the second day of V Festival, my best friend Jade and I got separated (a.k.a. left) the rest of our group and ended up spending nearly the entire day without them, simply because we couldn't track them down. The same thing happened this year at Parklife - no matter how many times my friend and I texted or called, nothing went through and we actually ended up bumping into each other by pure coincidence rather than a planned regroup. Always have a designated meeting spot, even if you're only heading off to the toilet - choose the corner of a stage, a notable festival attraction, a good food spot and head back there if you're parted. It's so so easy to get separated and once you are, it's nigh on impossible to get back in touch. There's actually only two of us heading to Bestival this year so we'll make sure to stay together 24/7, but even if you're in a larger group, make sure you have a festival-buddy that you stay close to throughout the event to ensure you're never alone. 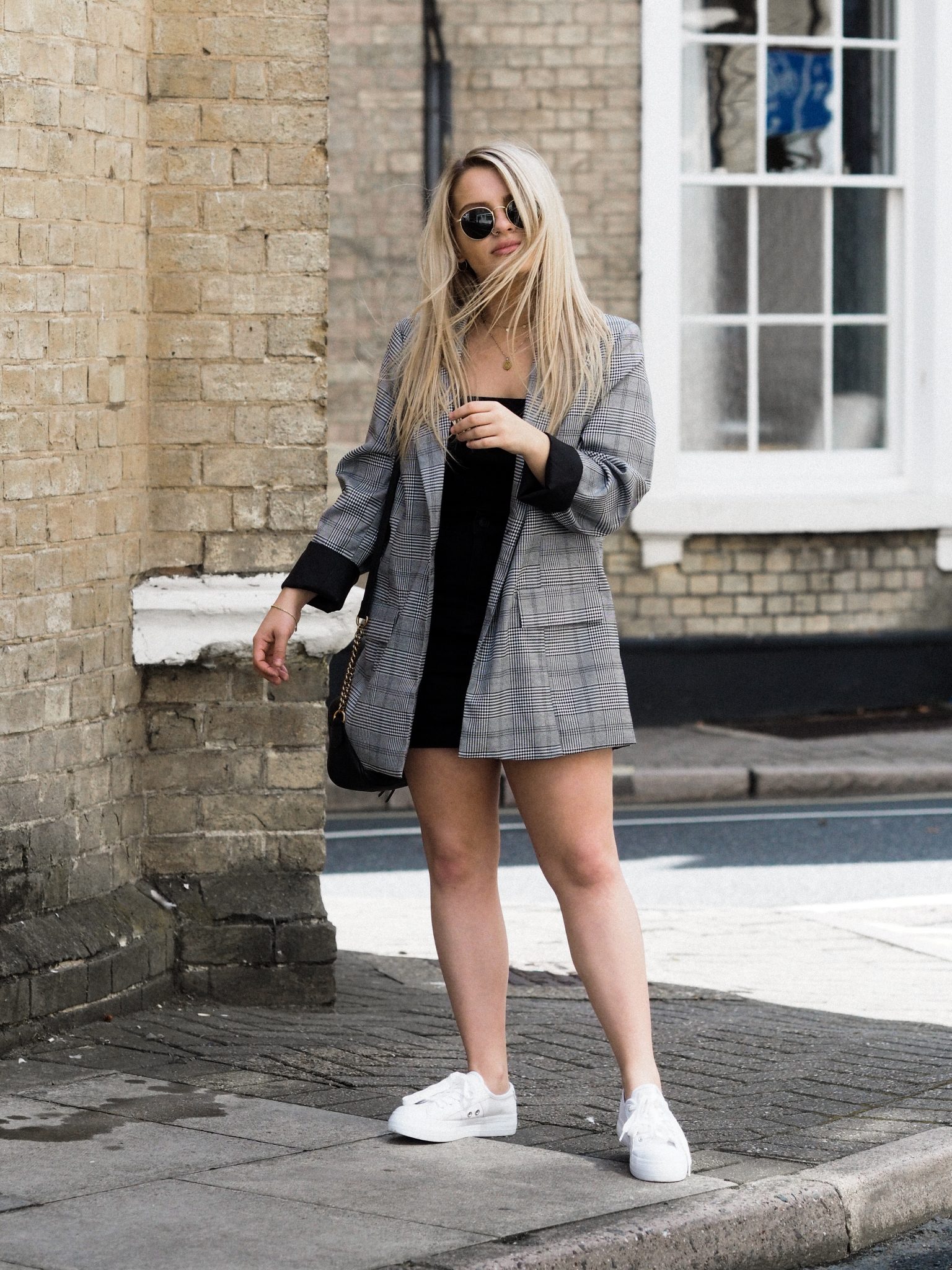 IT WILL BE OVER TOO QUICKLY

A slightly sentimental point, but true nonetheless. When it comes to festivals we spend months and months hyping ourselves up and planning this and exchanging captioned "dis will be us" memes, only for the weekend to roll around and for it all to whizz by in the blink of an eye. One second you're figuring out what part of 'pop up' your tent doesn't understand, and the next hauling your giant bag back to the car, wondering how you ever managed to pack that much stuff in the first place.

And it's the smaller things that you take for granted. Whether it's waking up hungover and dragging yourselves to the front of your tent to under-cook questionable sausages, or making friends with your weirdo neighbours, one of which routinely claims "Moths are from the Motherland" (true story, never 4get). These are the memories that you will laugh about for the rest of your life, so it's the perfect time to truly unplug, to truly let loose - to truly be yourself.

There's something special about festival culture that encourages reckless abandon in the most positive of forms. It's as if, no matter our age, we all access that little bank of teenage frivolity within ourselves, ready to run around a field with a group full of strangers, dishing out compliments to girls in sequins and offering up that spare change to the boy at the burger van who is drunk and £1 short. Just make the most of it, be kind to other people and create the best memories you can.

And with that, I will leave you with two things. 1) some old school images of me rocking a bandana and a MySpace amount of bracelets at V Festival, circa 2011, and 2) this expression of unbridled excitement for big ole' Bestival next week - EEEEE! 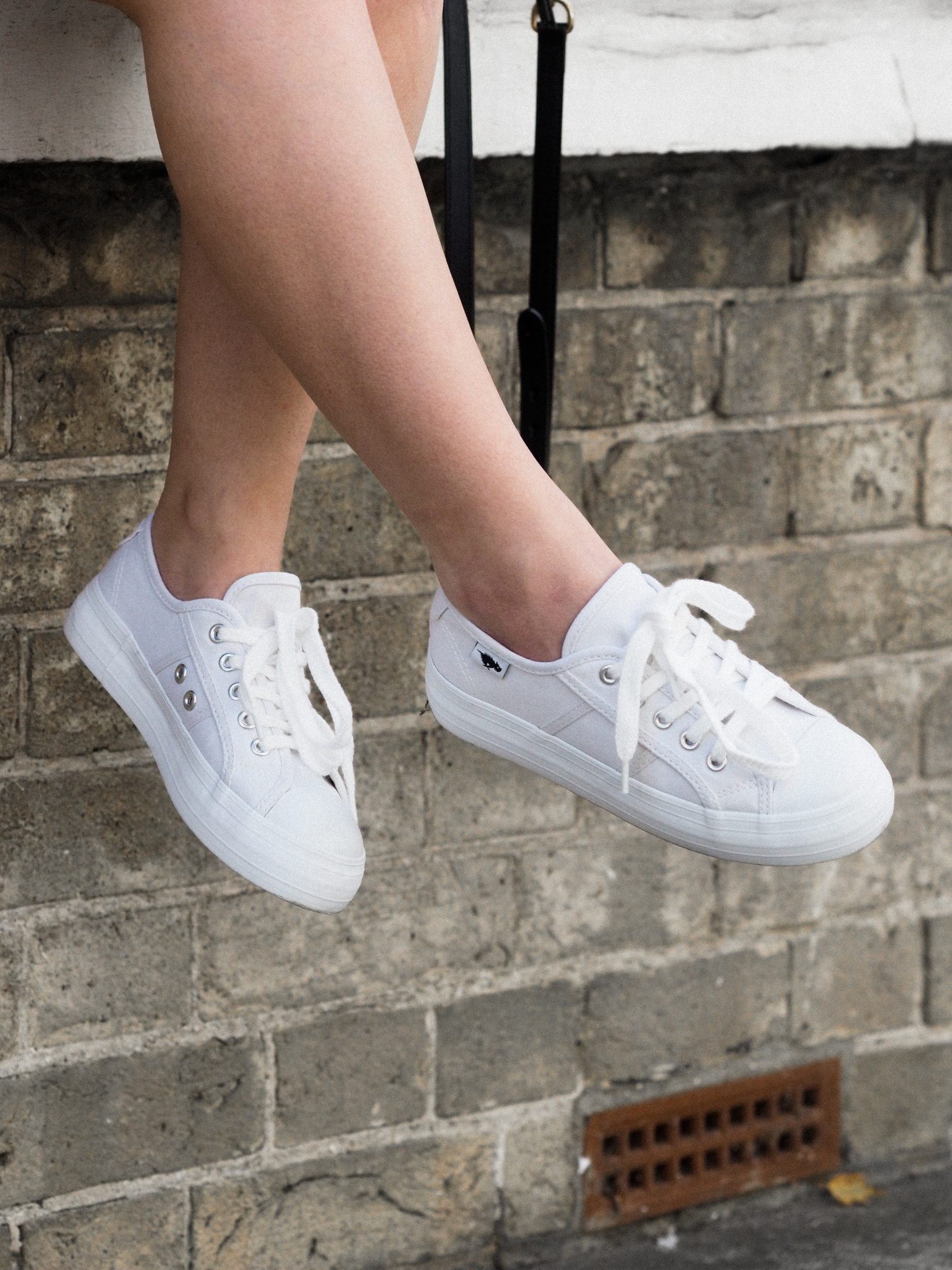 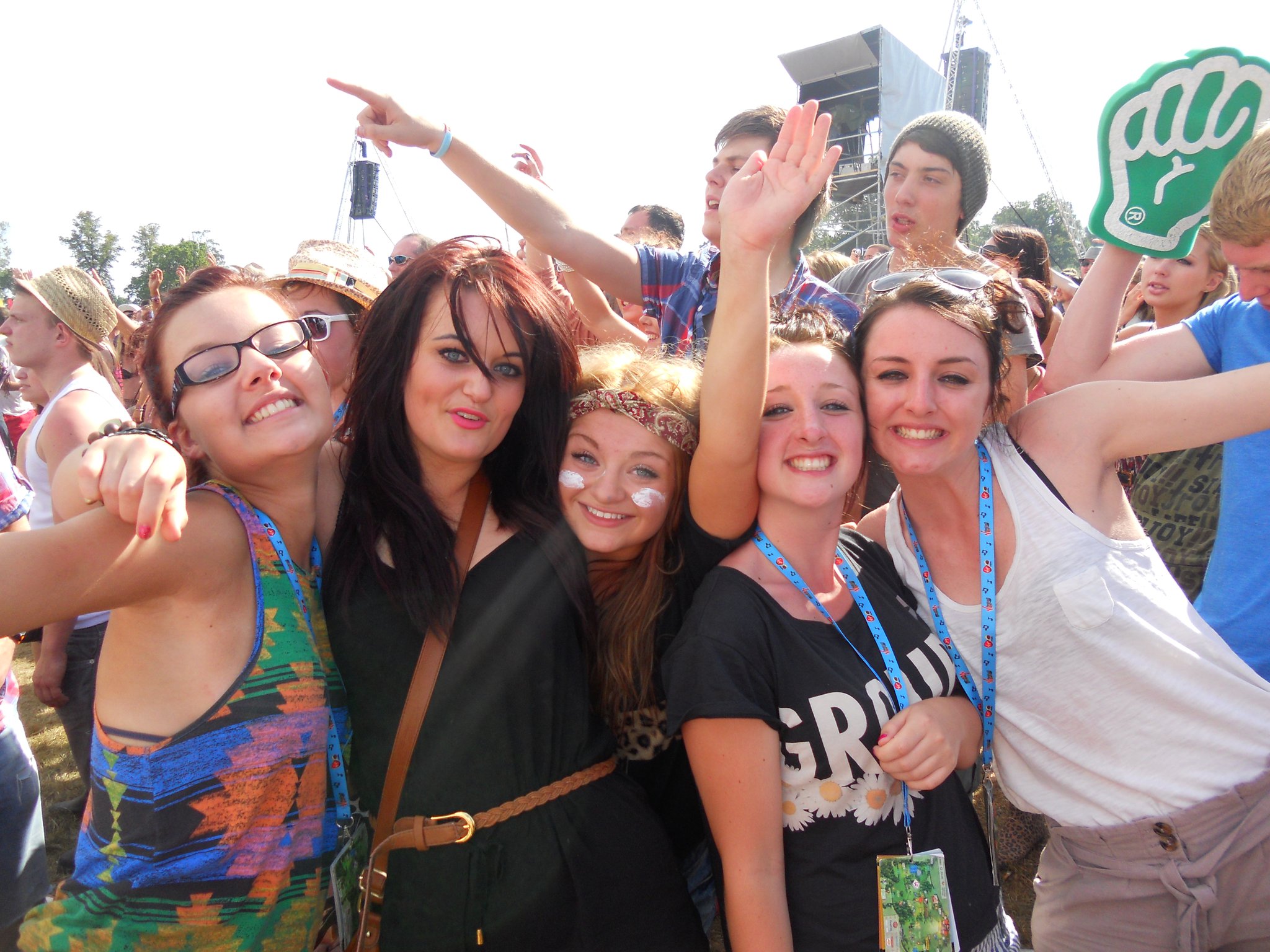 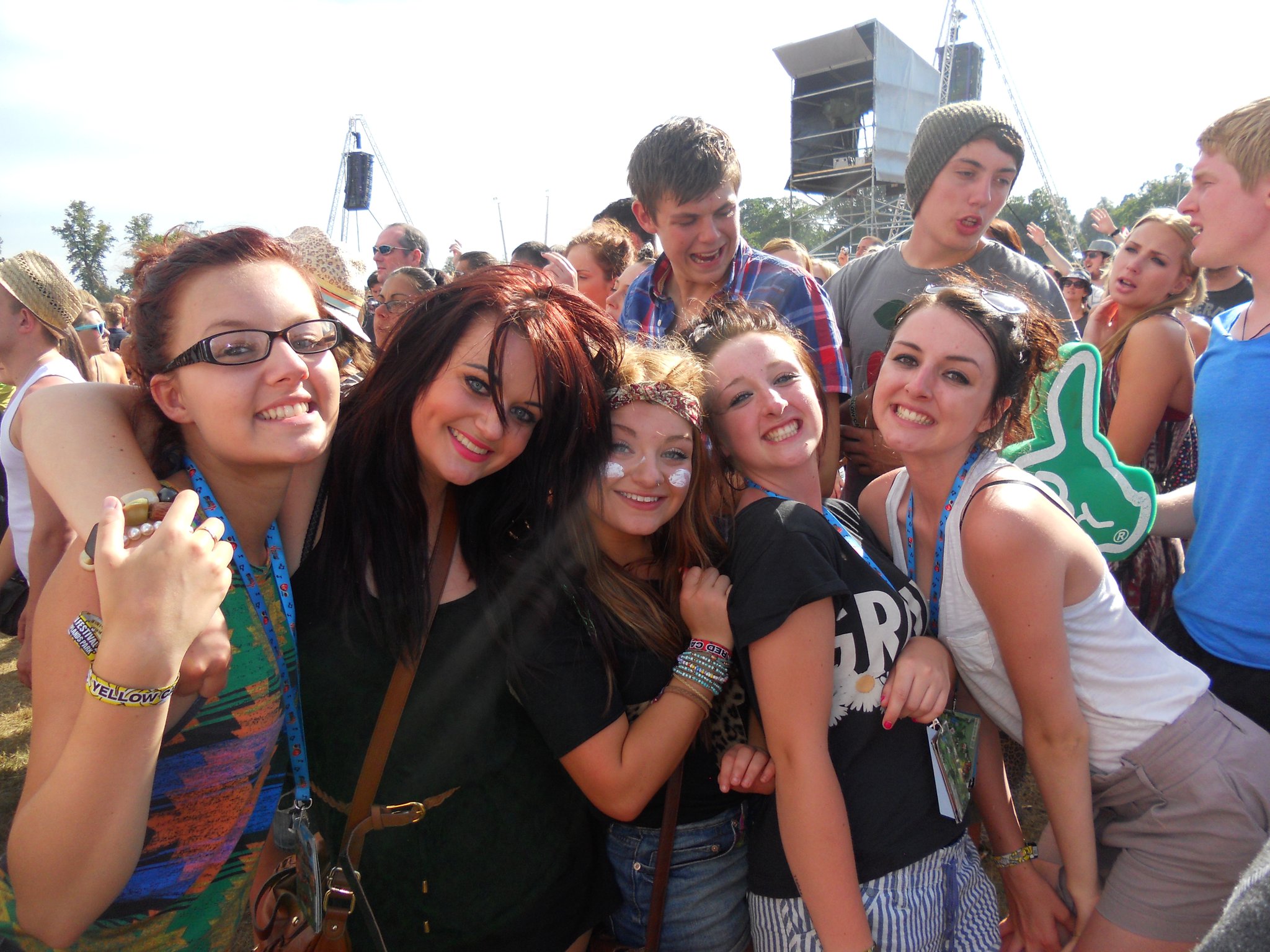 « How Did Giving Up My Morning Coffee Change My Day?
3 Scenarios in Which A Chunky Knit Could Save Your A$$ »