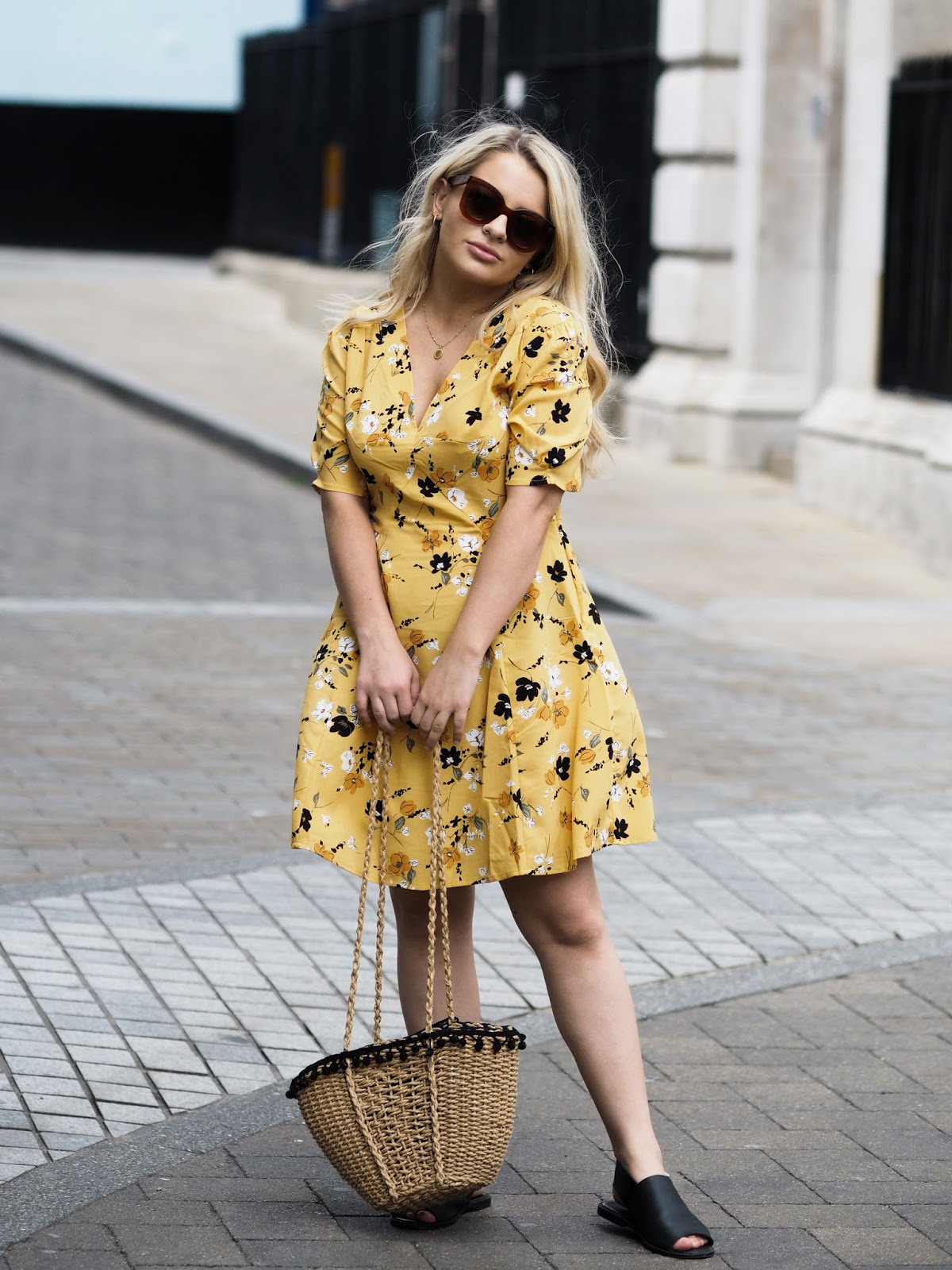 On fashion blogging and not taking myself too seriously 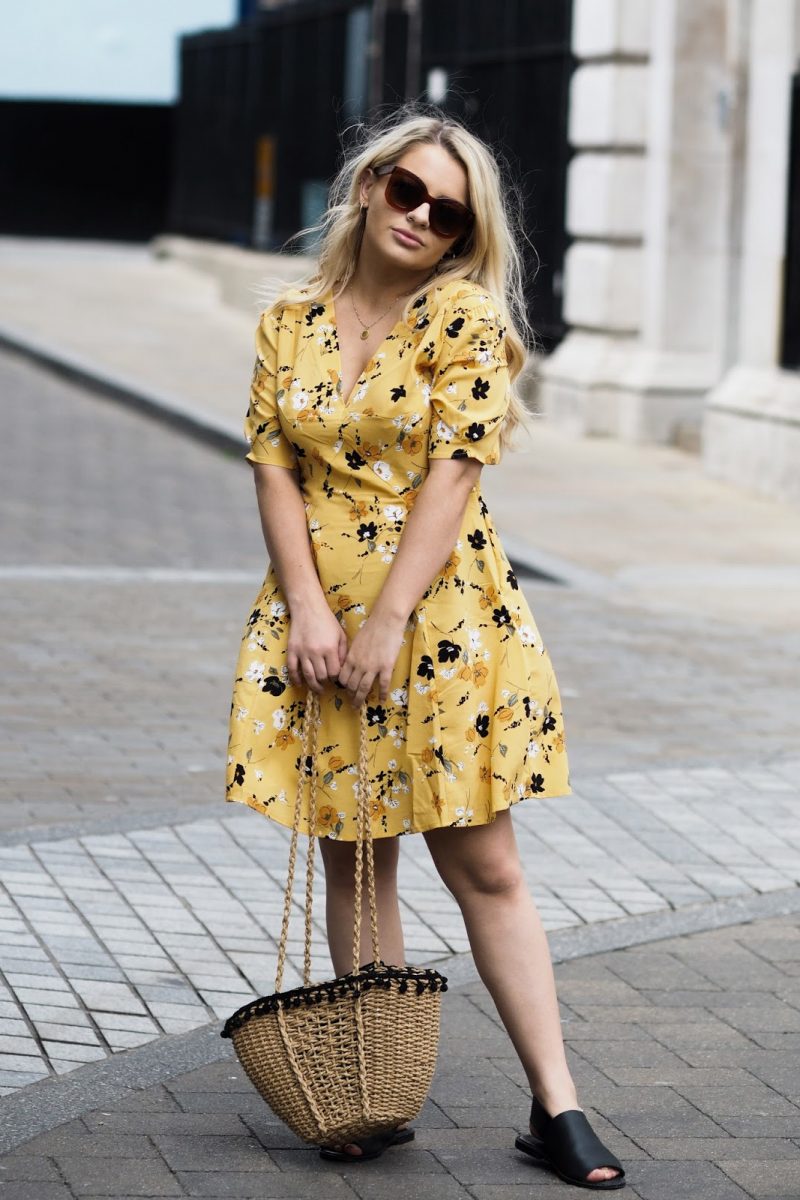 On paper, this is my job: source new/desirable clothing pieces, style them up, photograph them, edit them, write about them, and share them – “glorified clothes horse”, I believe, is the term that is bandied about the internet by those less than enamoured with the blogging game. If I’m ever trying to explain what I do to somebody’s grandparents or the lady behind the desk at the bank, my go-to is “I’m basically used for advertising – but in my own way…?”.

Inevitably, bloggers all met with the same retort: “what, somebody pays you to send you free clothes?” Cue one of two routes: either trying to explain the power and merits of influencer/blogger marketing, the potential return on investment for engaged brands and the ever-changing digital landscape, or, save yourself the time and the breath, shrug, laugh, and evasively respond “well, there you go!”.

When I first started to draw an income from blogging – and, honestly, even up to the past few months – somebody questioning how I made money felt like they were questioning the validity of my career. I felt like, masked beneath the questions, what I was really being asked was “you can’t seriously be making money out of that? Is that even a real job?”. Working part-time, I found that the days I was working as a blogger instead of in the office were referred to as my “days off”, as if being my own accountant, manager and photographer wasn’t enough to warrant a grown up girl career badge.

Over the past few weeks, however, there’s been a shift in the way I regard myself. Cards on the table, the world is a huge shit-show at the moment and blogging about dresses, my chubby girl weight and how I feel about comfy footwear has all felt vapid. Not only vapid, but so far removed from my real life.

Online I was pushing my new favourite dresses and the affiliate links to find them through, whereas in my personal life, I was championing Labour policies and raging over the biased media representation of the UK terror attacks. That’s not to say I was silent on social media, because my Twitter feed was a sea of Labour support and unashamedly ‘Please Vote Corbyn’ efforts – but I still felt that there was a major disparity between the way the world was turning, and my efforts to make sandals seem interesting. Because who really, really, gives a fuck about sandals, even at the best of times?

My job is sometimes difficult. It’s time consuming. It’s stressful. It’s anti-social at the best of times, which is ironic, given that it’s built on the bones of social media. The truth is, however, that I’ve really stopped taking myself seriously. What I do isn’t ground-breaking, and most of the time, I can appreciate that I’ve worked hard to now be my own boss whilst at the same time accepting that I’m lucky to be able to do the job that I do.

Funnily enough, in a moment of perfect timing, two guys just sat down next to myself and Hannah whilst we work away on our laptops and started quizzing us about what we do. “So who pays you for that? How do you even make money? So does she make more money than you? Do you want to beat her? How long do you think this will last? Can it really go on forever?” Normally this would piss me right off, and I’d shoot an aggravated text message over to Keiran lamenting the amount of nosy parkers in the world. Instead, however, I answered the questions (albeit as succinctly as I could), exchanged raised eyebrows with Hannah and continued to edit.

To them, two bloggers drinking coffee and eating fancy salads most likely looks like the absolute life of leisure. Whilst they head back to the office to continue their dick-swinging contest, they probably think we’ll soon close our laptops to plait each others hair and gossip about Troy from the lacrosse team. As far-fetched as that seems, the truth is that I’ll soon head home and take some Instagram shots of sunglasses or pyjamas to prep some content for my feed, so I can’t be that pissed. Before you burn me at the stake, obviously there is more to content creation than just mindlessly snapping pretty things – however, to some degree, it is kind of that.

And I feel no shame in admitting that. I take my work seriously because it’s my career, it’s my passion, and I feel that in the online spaces we create for ourselves, we can action real change in each other and the world. Alongside that, though, I also don’t take myself too seriously. I’m not a maverick campaigner, I’m not a frontline nurse, I don’t spend my times securing huge international trade deals – I create content for you fabulous huns and I share my life on social media. I know there is value in what I do, and I value myself for doing it, but I also know that that value is relative – if somebody said to me tomorrow “is you’re job really that serious?”, my gut reaction, naturally would be incensed hatred and rage, but if I was being honest with myself, the answer would be “kinda, kinda not”.

The world would keep turning if I closed my laptop lid for the last time, and moved on to pastures new. I probably wouldn’t be that missed, if at all. As strange as that may seem for me to admit, it’s also an act of freedom for myself. In not taking myself so seriously, I’ve alleviated the pressure to always create content that has value – that really, truly means something. That’s the content that gets my loins a’burning, but it’s also content that’s difficult to produce every day of the week if your life is just kind of ticking along in the background.

So here it is. A confession. I love my job, I’m dedicated to it 100% and I never half-arse the content that I create. I wear many hats, from accountant to writer of contracts to tripod-wielding-photographer, and often, I’m stressed. At the same time, I also know what I do isn’t ground-breaking. I know a lot of other people have it harder – as frustrating as micro-managing brands can be – and I now make an effort to always keep myself in check.

Shitty comment on my Instagram post? Deep breath, take a step back, and re-evaluate. I in no way subscribe to the silencing ‘somebody always has it worse, don’t complain’ ideology – instead, I’m just taking a moment to look outside of my own little privileged bubble and see the world around myself.

Now, back to those sandals…