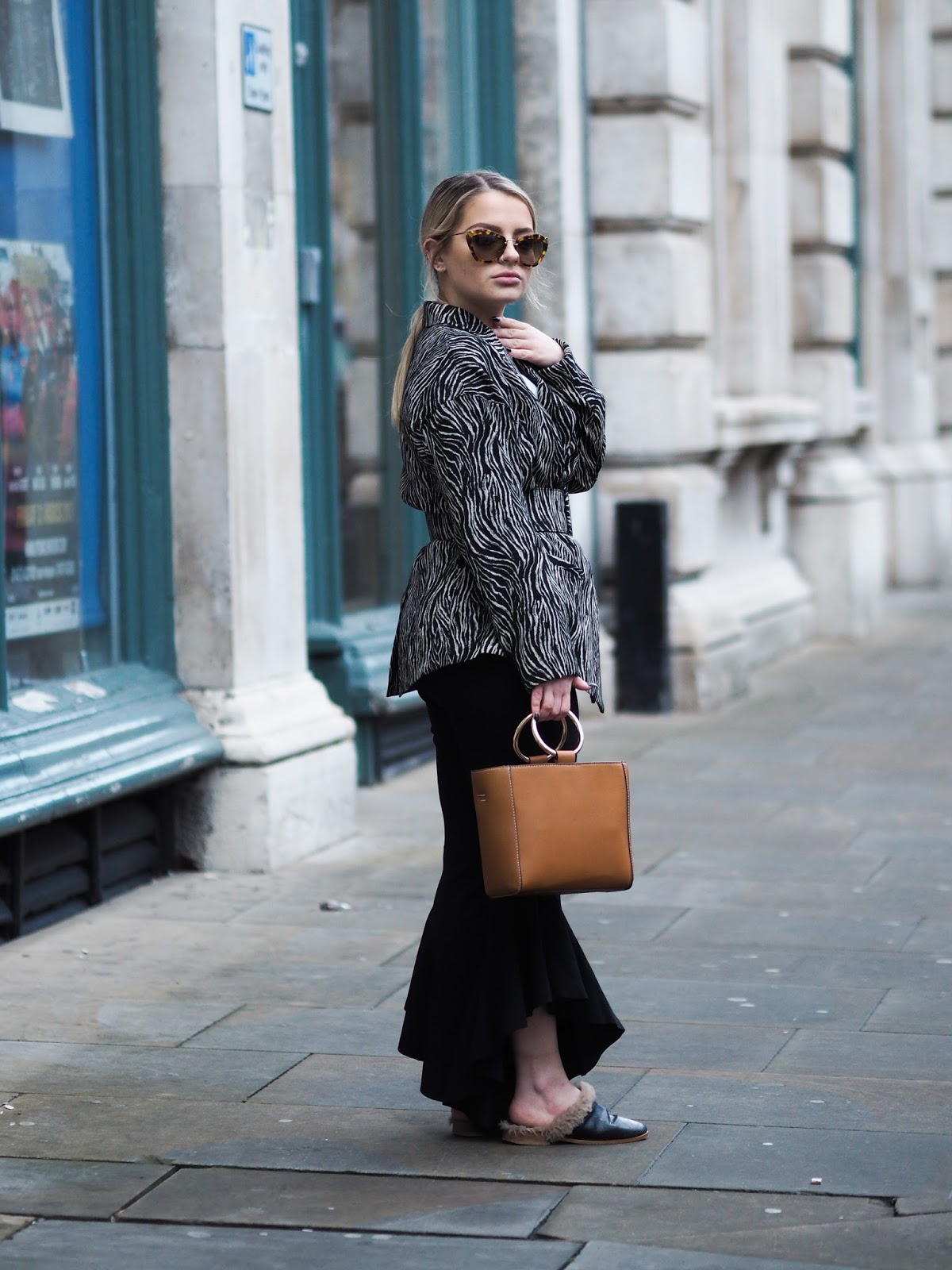 Swallowing My Shame: Why I Dropped Out Of My Dream Uni 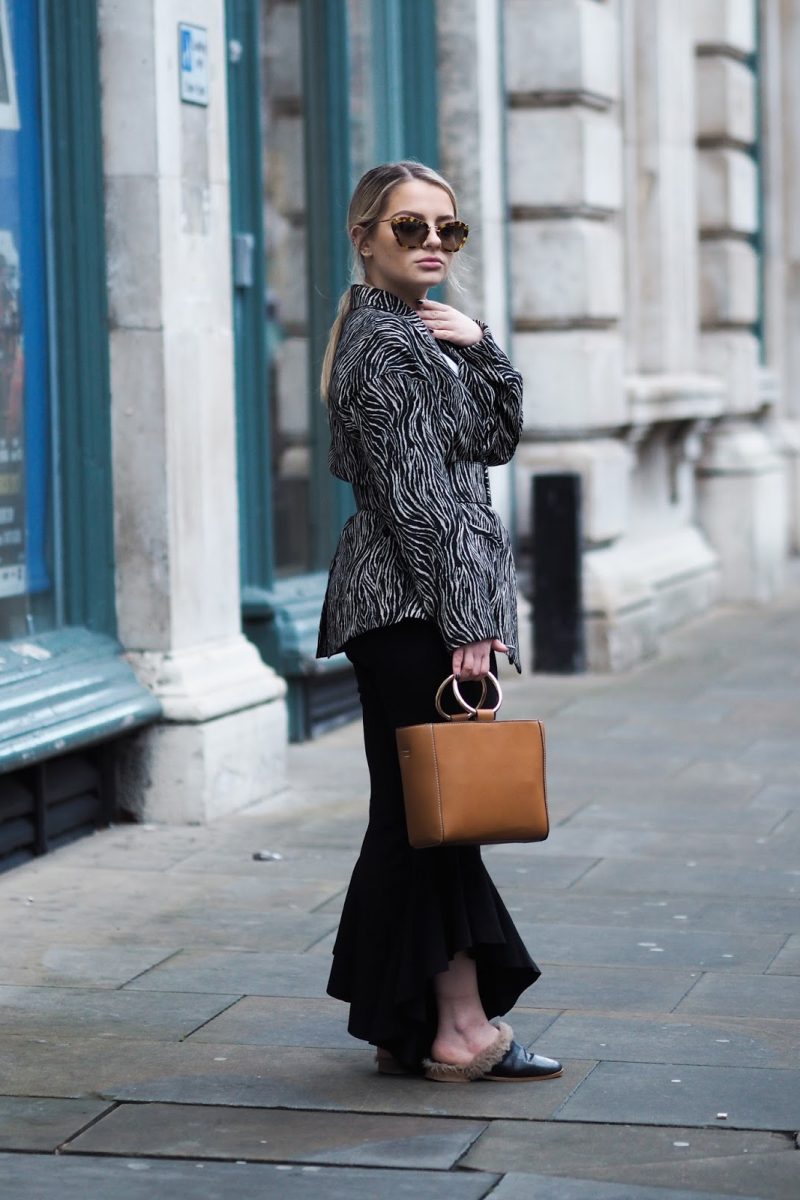 “But I’m sure she has a degree?…” Ah, yes, I know what you’re thinking. Yes I do have a degree, but it took me four years to complete my BA English Literature degree, not three. That’s because I dropped out of my dream university, one month away from my finishing my first year, feeling hopeless and desperately unhappy. Now, as I continue to grow my own business, build my career and start to understand what really makes me happy, the only thing I regret is not dropping out sooner. I’ve been racking my brains all day trying to think of the right content to accompany this BOSS outfit, and all of a sudden, I had my light bulb moment; it should be that giving up is sometimes just what you need to get started.

Throughout primary school, high school and sixth form, I was the clever one. I was the one that was destined to ace her exams, go to the best university, get a great job as a writer and earn bookoo bucks. Parent’s evening was a dream for me – it was a musical chairs of “gifted” and “talented”, with the worst criticism being that whenever my best friend was in the room, I talked too much (and who doesn’t get that?). What I wanted to be when I “grew up” changed periodically, from vet to prime minister to lawyer to author, most of which I ended up ditching because I was pants at science and I didn’t have the patience for law. Career goals aside, one thing was a dead cert – I was going to go to uni, and I was going to love it.

Fast forward to the hopeful age of 17, and I was travelling across the country attending university open days, snooping around halls of residence and mentally signing myself up for society list as long as my arm. No matter where I went, however, I always knew I wanted to go to Bristol. Someone had once referred to UoB as a university of Oxbridge rejects. Realistically, I was never going to make it into Cambridge or Oxford, so this was the next best thing. I wanted to go to a uni that, when I told people where I was attending, they’d reply with raised eyebrows and a “oh wow, that’s a really great uni.” The boff inside me desperately wanted to show off, because this was it, this was what I had always been destined to do. I was following my predestined path to success.

When I got into Bristol, I cried. I was relieved. The fear of not living up to my expectations had become increasingly heavy, and so when I saw that beautiful ‘accepted’ response glaring back at me from the UCAS screen, a huge weight was lifted off of my shoulders. Cue a summer of reckless abandon up until my mum drove me down to my hideously expensive, but typically student room in my new halls of residence. I bought a tonne of noodles and multi-coloured pens because I really wanted to live up to the student stereotype – I felt like this was my moment, and I was about to embark on the best three years of my life, make the best friends and have a thousand raucous memories to boot.

Except that didn’t happen. Granted, I ate a lot of noodles, but I ate a lot of noodles from the safety of my room when I got to the point of not wanting to go outside anymore. The people in my flat were lovely, but I didn’t fit in. They were quiet, from well-off backgrounds – the girl in the room next to me had never been on a night out in her life. Over the next few weeks I found a group of girls I got on with – one of whom is called Giselle and I’m still Facebook friends with her now and I still think she’s bloody lovely – but a couple of months in, I felt as far away from home as possible. I didn’t enjoy university – in fact I hated it. I hadn’t found my people, I wasn’t engaging with the work and slowly, even leaving my room became a chore. I wanted to escape into my own little world away from responsibility and commitment, but the more I hid away, the more pressing the outside world became and the more my tutors and uni friends were getting pissed off.

Hating uni as much as I did, I spent nearly all of my time away. I’d spend five hours on the train travelling up to Sheffield to see my ex-boyfriend, or call my friend Camilla who was studying in Winchester to say “hey, I’m coming to stay”. I spent all of my time at other universities because I so desperately wanted to escape mine, and I craved the atmosphere and friendship my boyfriend and friends had at theirs. I even considered moving to be with Camilla at one point – I remember discussing it with her over her kitchen table, glass of wine in hand and student dinner devoured. I emailed every admissions department I could to see if I could transfer without disruption, but all came back saying the same thing – “you’ll have to start from square one.”

One day, as my train pulled out of the station from my home town of Ipswich and I reluctantly began the long journey back to Bristol, I began to cry. I cried the whole way to London, where I was due to get my transfer, and then I stopped. I couldn’t get on that train. I did not want to get on that train. I called Jade, sobbing, confessing that I hated it and I didn’t want to go back. “Well, don’t. Come home.” – her plain and simple words of advice. I got the train straight back home, and decided I was going to quit.

I was terrified of other’s disappointment. I was terrified that in ten years time, I’d look back and regret throwing away the best opportunity of my life. I was a working class kid from a council house – was I really going to give up a place at a prestigious uni, just because I didn’t fit in? Was my mum going to feel let down that I hadn’t lived up to other’s expectations? Would she be embarrassed when she had to tell people that I’d dropped out? How was I going to explain what had happened when people inevitably asked how my first year was going? Anxiety held a vice-like grip over me, and it took me at least another month to send the official email confirming my withdrawal, but when I did, good lord was I relieved.

I felt like a pair of fireside bellows, fit to burst for so long and finally someone had let my air out. I no longer feared my phone, I no longer wanted to hide myself away in a room, I no longer slept all the time and cried all the time and felt like there was no way out. When I finally told my Mum I had dropped out, she congratulated me. She told me that all she had ever wanted was for me to be happy. The truth is I was battling my own shame all along. My self-worth was so intrinsically tied to my academic accolades that when this failed, I didn’t know who I was. If I’m not the clever one, then who am I? The funny thing is, despite never turning up for seminars and quite often being 200 miles north in a completely different city, I routinely ranked high 2:1s on my essays. It wasn’t that I wasn’t good enough, I just wasn’t happy.

Quitting Bristol was one of the best decisions I’ve ever made. The old cliche is true – when one door closes, another door opens, and later that year I started again at UEA in Norwich, and left three years later with an English Degree in hand and a job under my belt. I’d started my blog, made one of my best friends ever, lost a boyfriend, gained a boyfriend, made a million banana breads and discovered indie nights. For me, what came out of this personal experience is that sometimes you are your own worst enemy. I had to swallow my shame and bite the bullet, giving up something I felt I was the only way before I could find a different, better way.

« Amsterdam Through Instagram: Why I Put Down The Camera
Dress For Your Style, Not Your Shape »