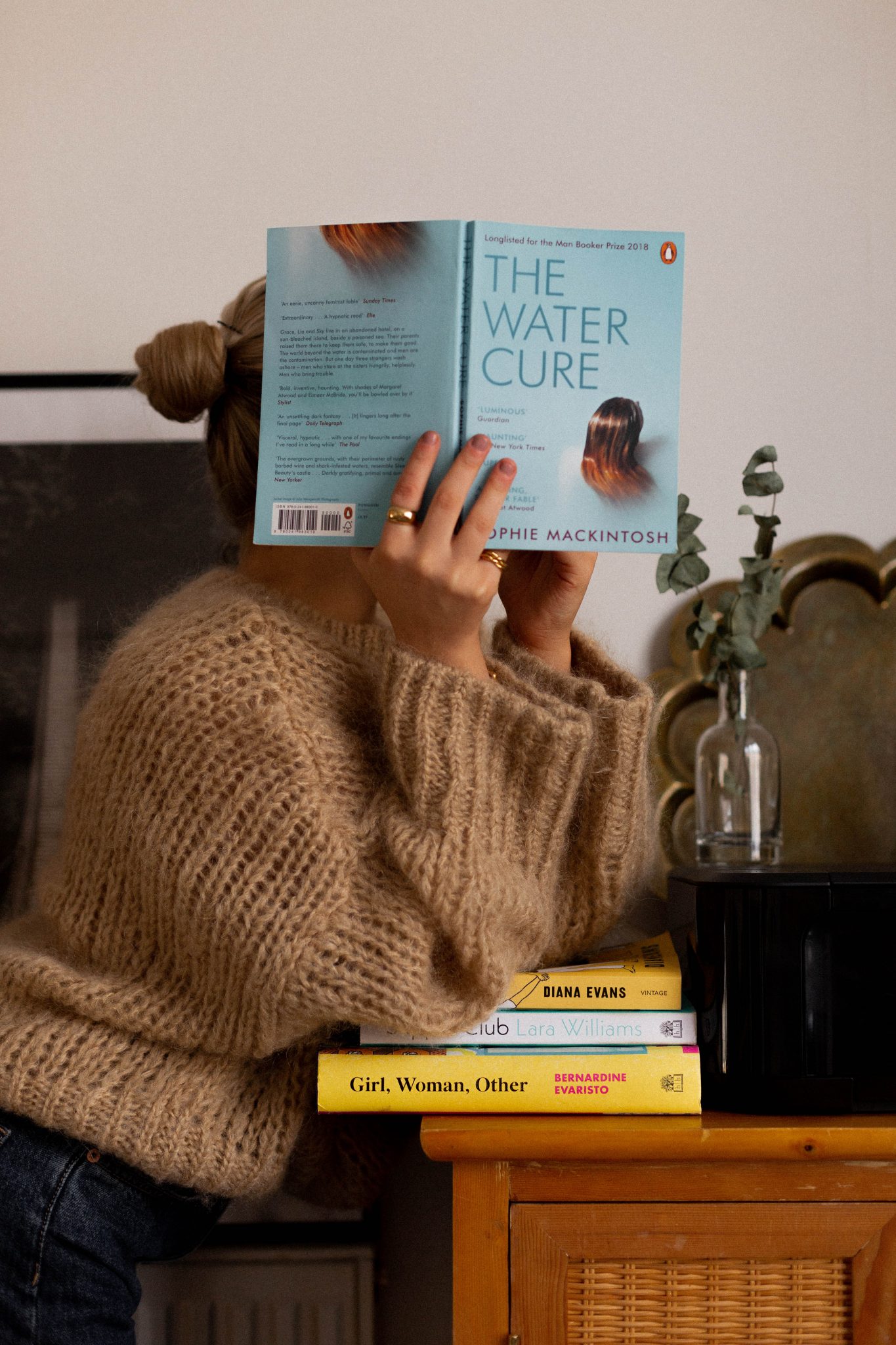 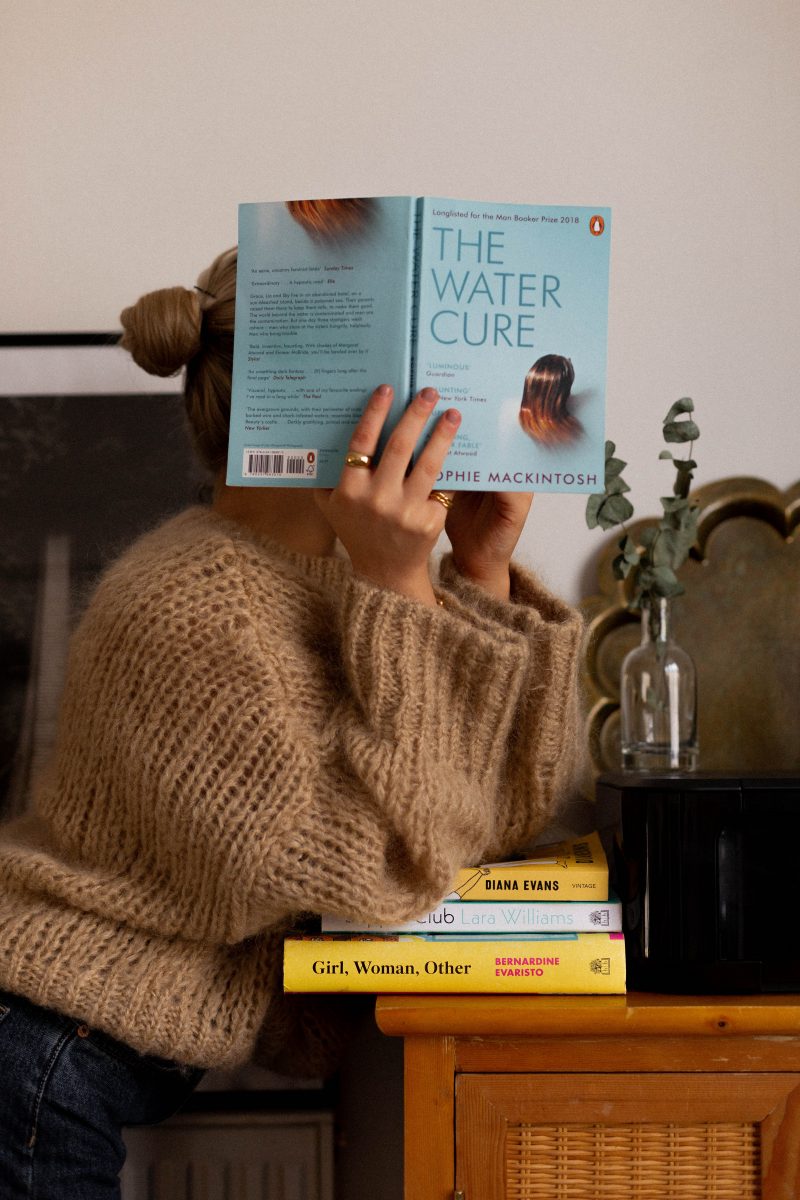 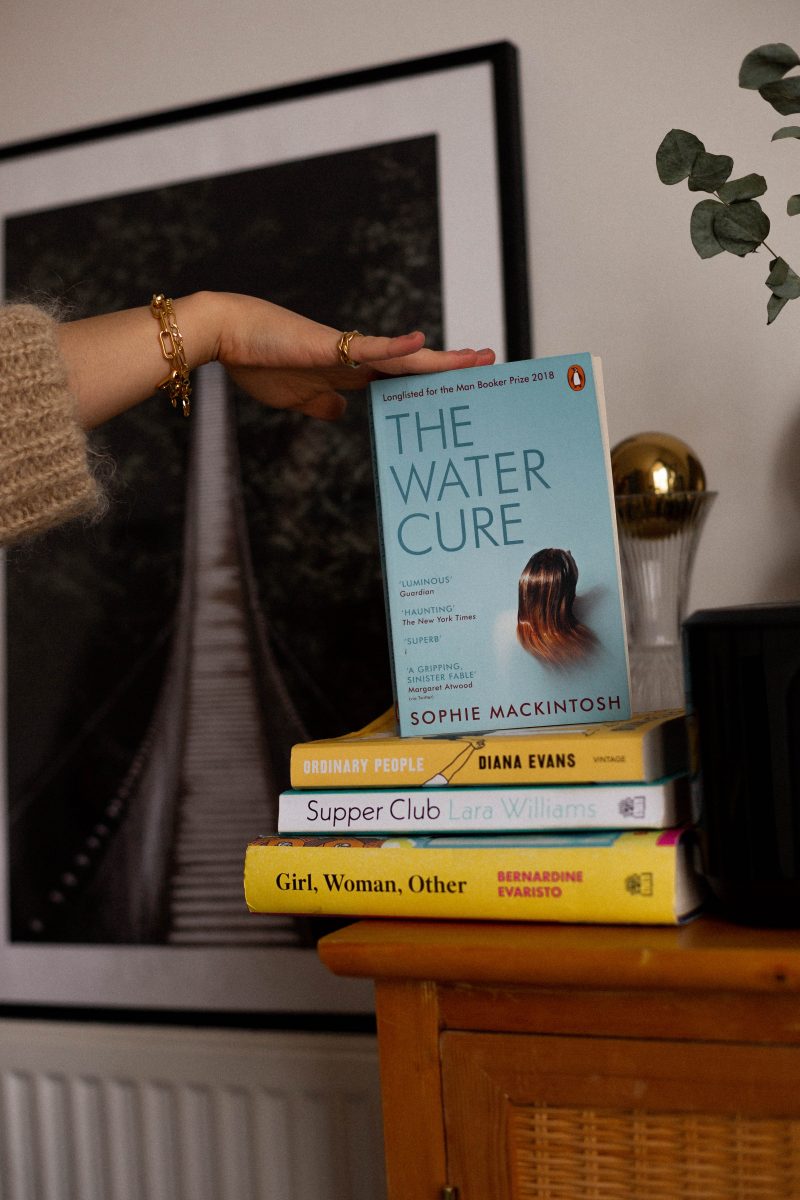 My Book of The Year

This is one of those stories which I remember as a lived experience as opposed to a series of pages turned. I read it during the dawn of summer, June's heat stretching out the hours of the day as I looked for any excuse to sit outside with a glass of wine for 'hydration'. Whilst my heat was welcomed, the heat in The Water Cure is oppressive in its weight, and yet even so I still felt that instant, instictive connection to the environment Sophie Mackintosh unwound. There was surely an element of right book, right time, but relying on that alone would be a discredit to the author. She created such a tangible atmosphere in her language that I'm still thinking about the book now, however many months and other titles later.

The eagle-eyed amongst you might notice that despite spotlighting this as my book of the year, I only gave it 4/5 stars when I initially reviewed it as opposed to the smattering of 5s I've given to others. I think that's testament to the staying power of the story; even when it was over it didn't really feel over, and it has lingered since, eery and painful and beautiful and odd. It is 'my kind of book' (I love anything post-apocalyptic or which explores the breakdown of human systems) so I was pre-disposed to enjoy it anyway, but I think it was so measured in its delivery of poingnancy - not too much to be overdone, just enough to tickle the back of your neck - that it deserves to be shouted about. To me, it was enchanting. 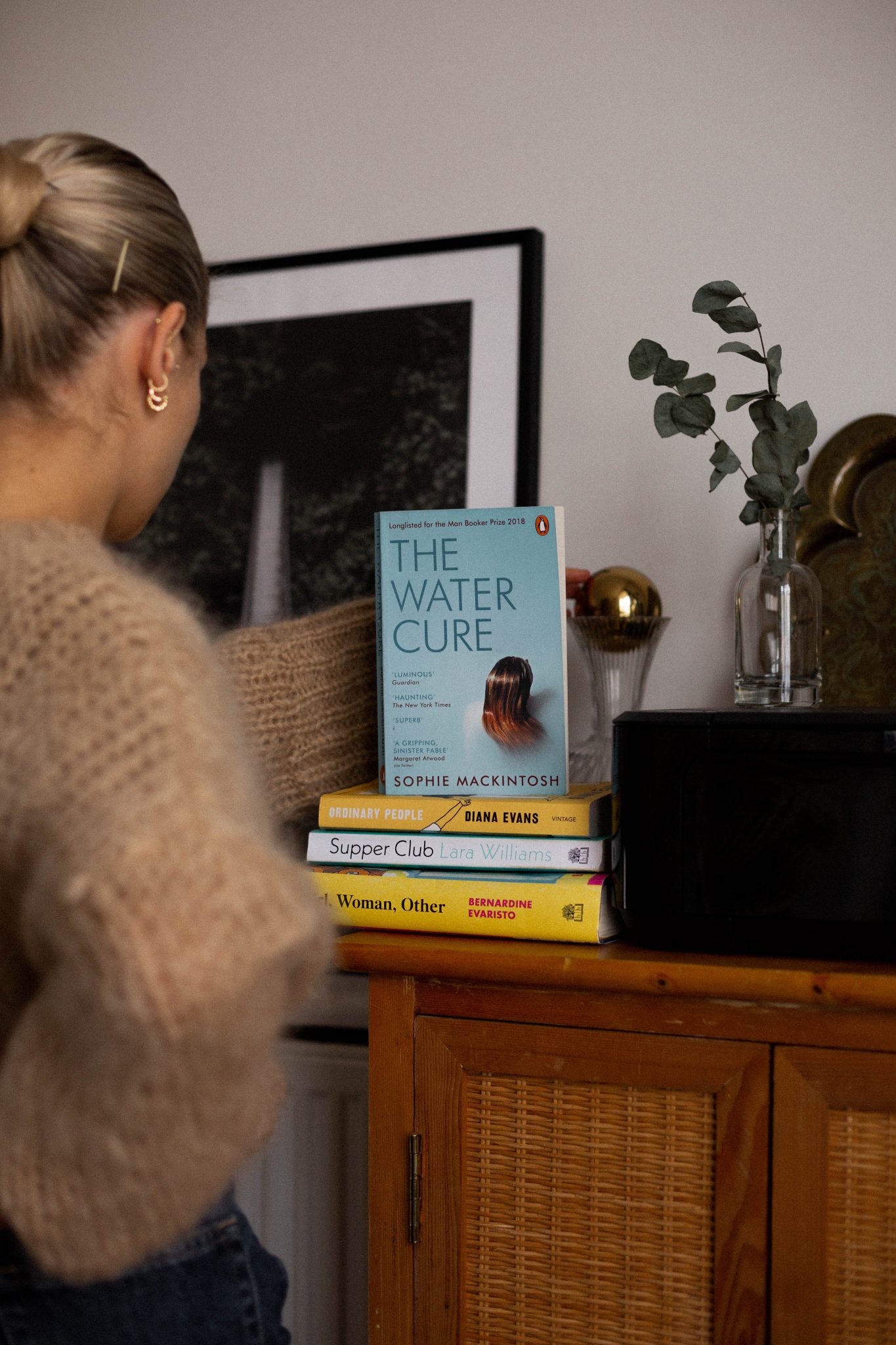 There's a particular moment of profound tenderness in Ordinary People which has stuck with me since my first reading. Whilst Melissa and Michael prepare themselves for a date night amidst the turbulence of their waining marriage, the likes of which we've seen stretched by children, work, changing identities, personal trauma and the city of London itself, Diana Evans grabs us by the sleeve and pulls us back into the heart of things. "As was their custom", Melissa helps Michael to finish off his hair, "gliding up with the blade from his neck to his crown, neatening the edges, rubbing at the stubborn patches, she had to stand very close to him in order to do this, between his knees, her arms raised over him, and alread they were reminded of how perfectly her smallness slotted into his largeness, his length, his octopus arms. He couldn't help but stroke lightly down the backs of her legs as she stood there, a blush of Saturday afternoon sun coming in from the window twins. It was a warm, natural moment. So there was hope. They could return. Perhaps it really was this easy."

All at once we're reminded of the sheer weight of their togetherness - the history, the ownership - and what is at stake if they can't reach through the fog and find each other again. It's stayed with me as one of the most subtle and deft portrayals of love's complexity and how, at times, a chasm can exist between two people when they are barely inches away. This speaks to the rest of the book which is just as intimate, honest, and elegantly unwound. Beautiful language and bonus points for the intrinsic sountrack too. I'm doing Diana a disservice by bypassing some of the wider themes of the story but for me, Ordinary People was a stand-out because of her nuanced depiction of modern relationships.

A book to rip into, Supper Club is a story of consumption - of consuming and being consumed. Again, I won't divulge too much of the plot because I've spoken about that more in my June Book Review of last year (the same month as The Water Cure - I was spoiled), but it's Lara Wiliams' visceral use of language which seduced me. At times it is gluttunous, as thick and fleshy as the dishes the protagonist Roberta prepares. At other times it is devastating in its emptiness, speaking to the starvation that the Supper Club's attendants are seeking to repel. I felt every morsel which was or wasn't there, tasted it on the tip of my tongue, heard its squelch and crunch. I felt the hunger to be bigger, louder, messier, the hunger to be desired, to be satiated, to expand beyond limits. I felt the hunger to be full, and fuller still.

A coming-of-age story which navigates the growing pains of being twenty-something with sensitivity and honesty, Supper Club explores ownership, autonomy, the relationships we choose and the relationships we don't. And whilst I may have come for the story, I stayed for the language, and the moments in which Lara would nonchalantly play out a sentence that rang so strikingly true to my own life it was like a slap in the face. A searing tear through the texture of the pages, straight into reality. Gorgeous.

Twelve different people, twelve different stories, each carefully woven and meticulously detailed to explore identity against the backdrop of Britain. Spanning the course of many decades, Bernadito Evaristo acts as the master weaver, seamlessly colliding and aligning the various histories but never missing the humanity at the heart of it all (or the absence where it should be). We live fleetingly through the lense of Amma, Yazz, Dominique, Carole, Bummi, LaTisha, Shirley, Winsome, Penelope, Morgan, Hattie and Grace, each trying to define a life which is at the mercy of its time and each having to cope with the consequences of what it means to be who they are - with the consequences of being.

Girl, Woman, Other elevates the experiences of black women and creates a platform for their stories to be told, stories which are too often ignored or whitewashed of their significance. For me it was an education and I came out the other side of it with a much greater appreciation for the cross-sections of black British wxmanhood, having engaged with histories I knew whispers of but hadn't sought out fully-fleshed. Bernadito Evaristo's writing is prosaic and lyrical, the vehicle for a journey which takes turn after turn but which seamlessly finds its direction. Powerful, funny, important and endlessly entertaining, if I hadn't have finished GWO this side of 2020, it likely would have taken the top spot. 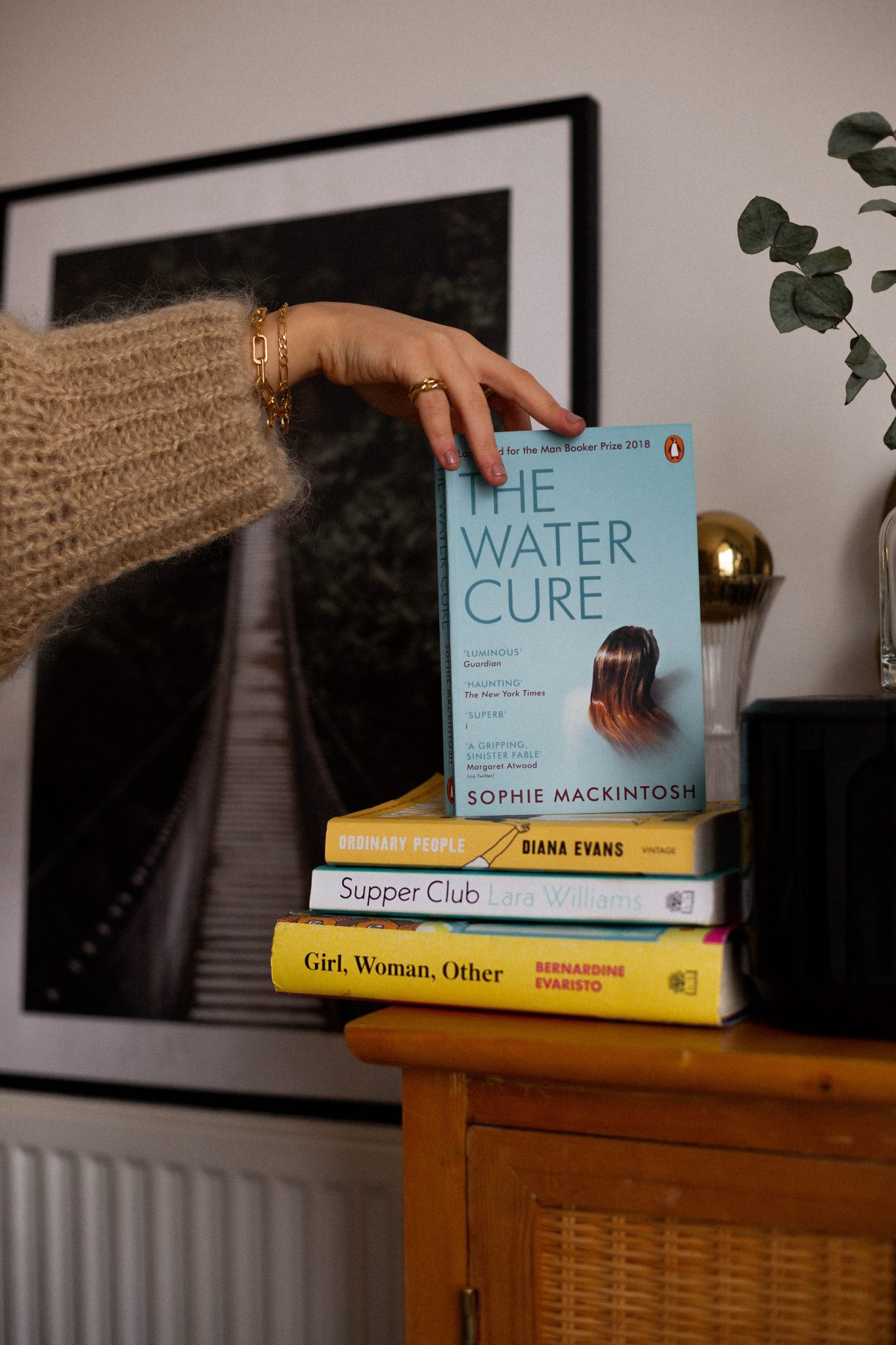 « Future Fashion: I’ll Be Wearing More Of This In 2020
I Got Invisalign For My Gappy Teeth »